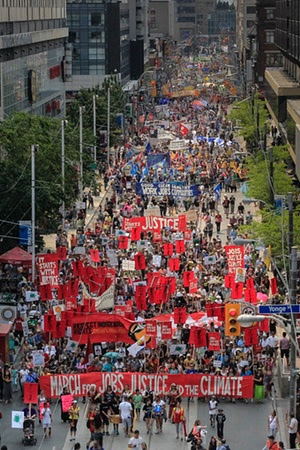 “The beginnings of a new movement”

The march, organized by a coalition of climate and social justice activists, an important section of the national and Ontario trade union organizations, indigenous peoples’ organizations, immigrant rights activists, and a broad section of the left, attracted prominent environmentalists like David Suzuki, Naomi Klein and included American activist and actress Jane Fonda. The march was held ahead of the Pan-American Summit on Climate Change slated in Toronto later this month.

This was the second largest climate and social justice march within the past year. More than 20,000 marched in Montreal around the same themes several months ago, as part of the general social upsurge leading to the May 1 social strike, a mass one day general strike with more than 800 trade union and social organizations participating. 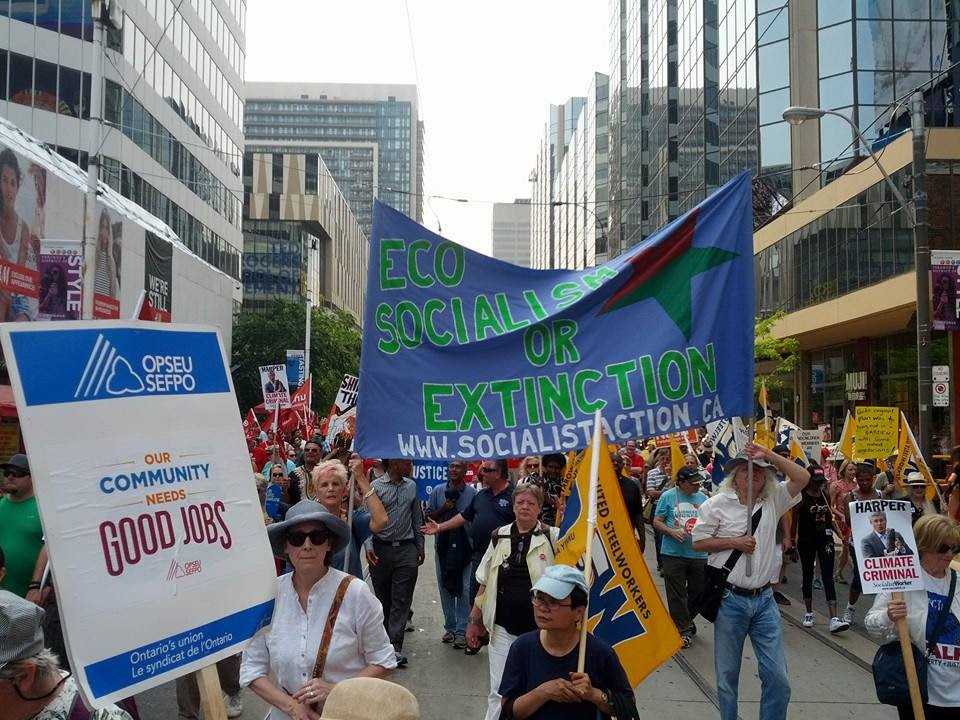 The importance of this event, from the point of view of the left, should not be under-estimated. Despite the fact the event was organized by the cautious leaders of the trade union movement and unaccountable Non-Governmental Organizations like 350.org., the demographics of the participants and the demands raised by groups ranging from “No One is Illegal” to the comrades of Socialist Action (Ecosocialism or Extinction) show that there is a real basis for radical organizing around these themes.

The problem confronting the Left is how to translate the energy and enthusiasm of the trade union, youth, environmental, social justice and indigenous activists shown on the march, into an ongoing, self-organized movement where the perspective of confrontation and mass action form its strategic framework. The construction of a united front-type of a national activist coalition to develop an ecosocialist pole of attraction is, after the success of the Toronto march, on the agenda of Canadian revolutionary socialists.