The True Story of “Pride”: Lesbians and Gays Support the Miners Were Communists

Their story is known around the world thanks to the film “Pride”: 35 years ago, a group of lesbian and gay people in Britain formed a group to support the miners’ strike. A founder of the group talks about how the film made them look stupider, but also prettier, than they really were. 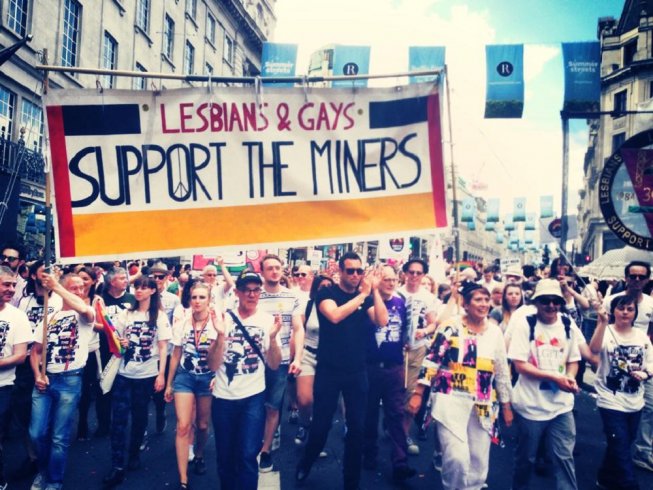 In 1984, a group of gay and lesbian activists in Britain formed a group to collect money for striking miners. Their support for the strike prompted the National Union of Miners to campaign for the rights of gay people and demand that sexual equality be included in the program of the Labour Party. The film Pride (2014) told this story as a comedy. The real protagonists were surprised by the film’s commercial success: 30 years later, a tearjerker about the class struggle became an international blockbuster, while telling the true story of Lesbians and Gays Support the Miners. Ray Goodspeed was and is a member of LGSM.

How did you, as a young gay man, become interested in a workers’ struggles?

My support for the miners actually had very little to do with me being gay, but with my social background. I had the misfortune of growing up as a working-class child in a middle-class district. All my friends were richer than me and I always felt that snobbery – it was humiliating. In this regard, my father was a formative figure. As a passionate trade unionist, he often participated in strikes and was blacklisted early. So activism was not alien to me – during the miners’ strike in 1972, when there were electricity shortages, I ran through the school and turned on all the lights to pressure the government. By 16, I had already joined a Trotskyist group.

And this group was ok with your homosexuality?

Not really. “Militant”, the group to which I belonged at the time, considered gay rights a bourgeois concern and imagined that the workers would not be able to handle it. However, when I came out, it was only the party hacks who had strange reactions, while the working-class people were quite easygoing. Ever since then, I do not accept the idea that workers are particularly homophobic – even though sometimes they say things more bluntly.

In the film, the emergence of LGSM is shown as emerging quite spontaneously. Was that the case?

A lot of things in the film are not quite accurate. Shortly after the beginning of the strike, eleven of us came together – mainly from the Trotskyist and communist groups. We just started collecting money from the pride march or gay pubs, and the most we were expecting was a thank you letter from the village we supported. When we received an invitation from them to visit, we were quite surprised. Then almost 30 of us went there.

You may be interested in Strike With Pride: An Interview with LGSM

Were you afraid to for a group of gay and lesbian people to show up in a remote village?

We had no idea what to expect – but we were warmly welcomed. In the film, the villagers appear a lot more hostile than they actually were. They did live in a secluded area and did not know much about lesbians and gays – but we did not know much about them either. There is a long anarchist tradition in Wales – many traveled from there to fight in the Spanish Civil War, had international connections and were very well read.

There was no homophobia at all?

Of course there were prejudices, but one of the miners in the film sums up the mostly positive attitude towards us: “Why should I believe what the papers write about them if I don’t believe what they write about us?” By the way, during the strike, they also came into contact with Black activists from London and Irish republicans. During that time, everyone opened up to each other.

The film tells a story of success – did you consider yourself successful?

Our success was that we had raised enough money so that none of our miners would be forced back to work by hunger. In the end, however, the miners lost the strike. It is hard to describe how fatal this was for the labor movement in Britain. The progress in the Labour Party on LGBT rights, which was indeed made possible by the support of miners, had little influence at first. Shortly after, the Conservative government passed Section 28, which banned “promoting homosexuality” in schools. It was not until 1997 under Tony Blair that state persecution against gays and lesbians ended. At that point most of us were no longer politically active.

So your story was forgotten?

We were still in personal contact with the people in Wales – but the memory of the 80s solidarity movements, even in left and gay circles, faded with time. When a filmmaker came to us in 2012 and said he wanted to make a comedy out of our lives, we were skeptical at first but gave our consent. It was clear to us that in the film a lot would change for dramatic reasons: It made us look much stupider than we were, but also much prettier! Our communist affiliation was rarely mentioned. But who wants to watch hours-long debates between Trotskyists and Communist Party members in the cinema? More importantly, our story is now known around the world and was back on TV this Christmas.

The movie was indeed a global blockbuster – what kind of reactions did you get?

The funniest reactions came from the mainstream gays: Because the movie was so successful, they had to pretend that they hadn’t despised us all along. In 2015, they even invited us to lead the Pride March – the former activists of LGSM and the actors from the film. However, we insisted on marching with the unions and therefore had to go behind all the banks and corporations. But the spectators were waiting for us and the applause was overwhelming. We felt like we had won the World Cup.

Your story has also inspired a new organization, Lesbians and Gays Support the Migrants, which not only collects money for migrant projects but has also made a name for itself with daring actions, including the blockade of an airplane on which refugees were being deported.

Shortly after the movie hit the cinemas, a group of young queer activists came to us wanting to revive LGSM. We loved the idea, but at our age we wanted to turn to other topics and not repeat our past. In the debate over who needs solidarity the most today, they quickly came to the conclusion that in today’s climate, refugees have replaced miners. Many refugees also come from conservative regions – for example places where African Evangelical churches are in charge. One can not assume that they will always be pleased to work with gays and lesbians. You still have to support them unconditionally. Today’s LGSM members get the same reactions from the gay scene that we got back then. Sometimes they are asked how they can support people who do not like us or even hate us. But they also get a lot of encouragement and are much bolder than we were – they were even charged with anti-terror laws because they prevented deportations. ***

In the 80s, gays and miners were both hated groups – but today the situation is different.

The instrumentalization of LGBT people by capitalist and conservative institutions can be seen everywhere. Over the past 30 years, we’ve been transformed from nasty perverts to commercial surplus value. It is often forgotten that our important achievements were won by left-wing movements and unions and did not come from above. It still puzzles me that exploitative companies can march in pride parades and present themselves as gay-friendly while treating their workers, including their LGBT staff, atrociously. They love me, so to speak, when I’m gay. but when I stop shagging, go to work and claim my rights as a worker, I’m expendable. I do not want to be part of this Pinkwashing propaganda.

This interview was first published in German in analyse & kritik. Translation by Wladek Flakin.

The Stansted 15 Convicted of “Terrorism”

On the evening of March 28, 2017, 15 activists including Lesbians and Gays Support the Migrants (LGSM) cut a hole in the fence surrounding London’s Standsted Airport. They approached a Boeing 767 parked there, lay down on the asphalt behind the plane and chained themselves together. A flight was scheduled to deport people to Ghana and Nigeria. The blockade was successful, the plane could not take off and the migrants remained in the UK. Lesbians and Gays Support the Migrants (LGSM) are one of the groups that organized the action. LGSM organizes fundraising and information events, advises asylum seekers and people threatened with deportation. The public prosecutor’s office accused the activists of “endangering an airport” – an offense which can carry a life sentence.

The law was introduced following the Lockerbie bombing in 1988, when a PanAm flight was destroyed by a bomb over the Scottish town of Lockerbie, killing 270 people. On December 18, 2018, the international day of human rights, a jury agreed with the prosecutor and found the “Stansted 15” guilty. In a huge success for the campaign the judge decided on the 6th of February not to imprison them after he accepted they were motivated by “genuine reasons.” 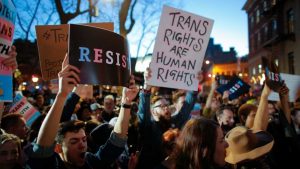 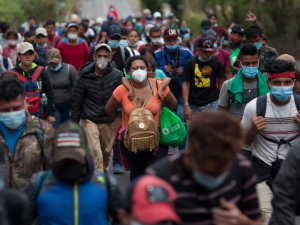 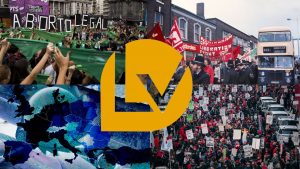 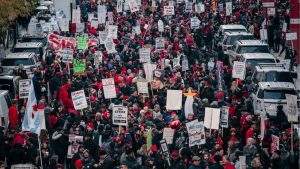 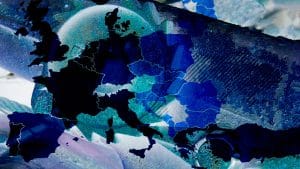 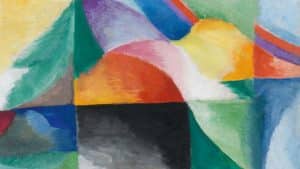