The Biden administration continues to enforce Title 42 and the Remain in Mexico program and is expediting deportations. While it evicts thousands of Haitians from the United States, another 12,000 are waiting for the courts to resolve their asylum requests. 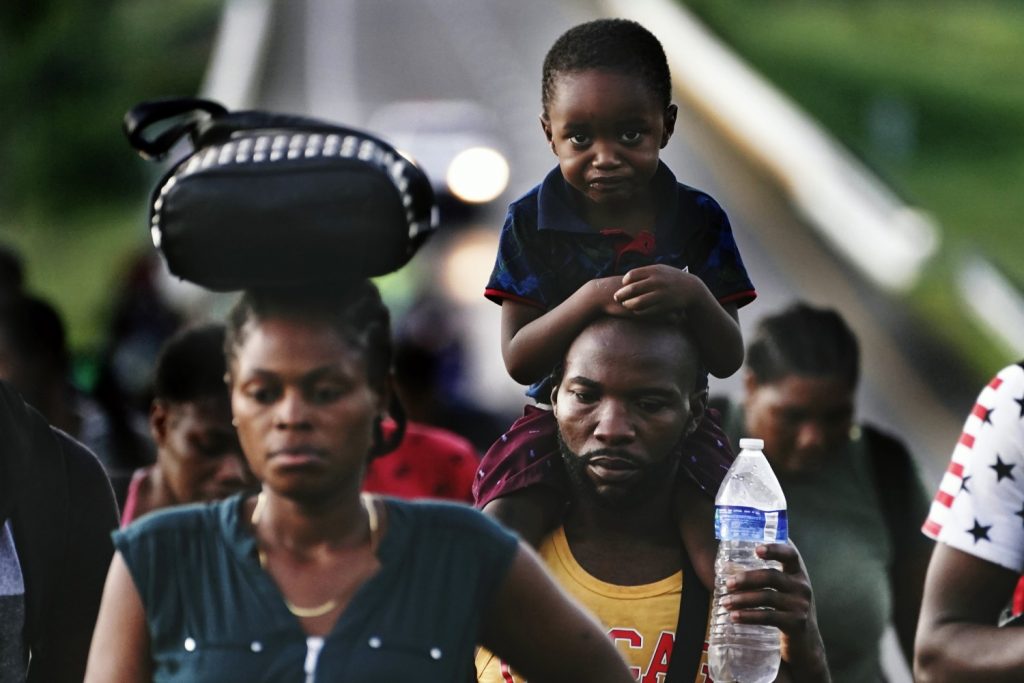 After about 20 thousand immigrants — mostly Haitians — attempted to cross the border, the cruelty with which some were expelled by whip-wielding U.S. police officers on horseback continues to cause controversy as the most recent example of the dehumanizing treatment of immigrants on the U.S. border with Mexico.

In response to the condemnation of these events by various human rights organizations, the U.S. authorities were forced to publicly state that they also disapprove of the officials’ actions, after previously defending them.

The Biden administration issued a statement through its Secretary of Homeland Security, Alejandro Mayorkas, indicating that they had “released” 12,400 Haitians in U.S. territory; but the migrants themselves say that they are being sent to different places for subsequent deportation, while the authorities take months to resolve their asylum applications.

The 8,000 immigrants who re-entered Mexico with the hope of entering the Remain in Mexico program have also been expelled.

Meanwhile, the plunder of Latin America by the imperialist countries of the world continues, engendering poverty and violence in countries like Haiti, Guatemala, Honduras, Nicaragua, and Mexico, whose workers decide to flee their countries in search of a better life.

“Much Ado about Nothing”

The outrageous actions of the U.S. Border Patrol and the Mexican government’s National Guard and National Migration Institute, whose officials were seen kicking and beating immigrants, shows the inability of these administrations to deal with the thousands of migrants who arrive on the border.

Recent promises to open doors for them and treat them with respect are now far behind. Not only have the xenophobic policies of previous administrations continued, but they have also been intensified with more military personnel at the borders, squalid refugee camps that look like true concentration camps, and forced deportations under Title 42.

Just a few weeks ago, migrants from Haiti, Venezuela, Nicaragua, and other Central American countries were treated with utter brutality by members of the National Migration Institute (INM), army officials, and the National Guard when they attempted to pass through Tapachula, Chiapas. They have recently carried out mass deportations by land, sending thousands of migrants to Guatemala.

What kind of independence can a government claim when it represses Central American, South American, and Caribbean migrants under the orders of U.S. imperialism?

The Mexican government is dependent on the United States and fully complies with U.S. imperialism’s directives of more repression against immigrants. They are treated as second-class people and are constantly at risk of being co-opted by organized crime, while they make undeniable contributions to the economy worldwide by doing the most precarious and burdensome jobs with no workers’ rights, like cleaning houses, washing clothes, babysitting, and working in construction, to name a few.

Migrants arriving at the U.S. border with Mexico, even without prior authorization, have the right to request asylum without being criminalized, returned or separated from their children, even during a pandemic. This is a form of protection granted to foreign citizens who are already in another territory or who arrive at the border and meet the definition of “refugee” under international law.

The measures implemented by the governments are reactionary. Every person – whether undocumented or not – has the right to freedom of speech, fair treatment, privacy, shelter, food and health services, as well as other inalienable human rights.

To build a society without exploitation or oppression, it is also necessary to demand and protect the human rights of the poorest workers fleeing from their countries to seek a better life, due to the hunger, violence, political persecution, femicides, and other scourges resulting from the implementation of neoliberal policies.

These harsh conditions are only intensified by the current health and economic crisis, which has led to more precarity and violence, more military repression, and more organized crime against a class of international workers who refuse to live in poverty.

For these reasons, we believe it is necessary to build a movement of the working class in both Latin America and the United States, including young people, women, and poor peasants and indigenous peoples, along with democratic human rights organizations and the millions who organized against racism and police violence in the #BlackLivesMatter movement, to demand free movement and full rights, such as access to healthcare in the context of the pandemic, for all migrants.