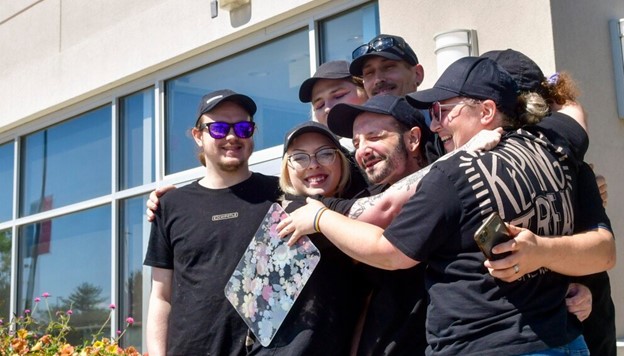 On Wednesday, workers at an Augusta, Maine Chipotle store collected union cards from a majority of workers, which informally makes them the first store to form an independent union at a Chipotle in the United States.

The workers are calling their new union Chipotle United, and say they are not yet seeking to affiliate with Service Employees International Union (SEIU 32BJ), which has been attempting to organize Chipotle workers in New York City. According to the Central Maine Morning Sentinel, workers submitted a letter of their intent to form a union to management at the Augusta store and to Chipotle’s corporate offices on Wednesday. Of course, it is very unlikely that the store management or the company will voluntarily recognize the union without a fight. Companies like Chipotle make billions off of the labor of their exploited employees and a unionized workforce makes that exploitation more difficult. It is likely then that these workers will have to petition the national Labor Relations Board if they want to force a vote for formal union recognition, a process that will expose them to retaliation and intimidation tactics by management. At both Amazon and Starbucks, for instance, several employees have been harassed, fired, or faced other forms of retaliation from management while organizing for union elections, and sometimes even after.

These workers are just the latest in a series of high profile successful unionization efforts at food service stores, retail stores, and corporate warehouses around the country. Amazon warehouse workers, Starbucks workers, and Apple retail store workers have also all successfully organized their workplaces in the last six months. While these unionization efforts, particularly at Apple and Chipotle, may not seem like much compared to the 14 million current unionized workers in the United states, these victories are an important sign of things to come. Chipotle employs almost 100,000 workers in the United States, Starbucks almost 400,000, and Amazon, the largest of all three, employs more than one million workers. If these unionization efforts can spread to the rest of the workers in these companies, we could see one of the biggest upticks in union density in at least the last 60 years. Such increased numbers and new energy could be just the spark that unions need to jumpstart a more militant labor movement..

Supporting, defending, and helping to organize this new generation of combative workers is one of the most important tasks before us in the coming years. And this is because such union efforts are not only about wages, benefits, or working conditions. They are about the future of the working class as a whole. While contract fights and struggles with the boss can be important and necessary schools of war for the working class, the real power of unions goes well beyond the workplace. Unions are organizations where working people can learn both the true value of our labor and how to use the power of our labor to take collective action as a class. From the recent wave of Right-wing attacks on trans people and abortion rights to racist police violence, unions have a role to play in fighting oppression as well as exploitation. Workers at both Starbucks and Amazon have highlighted that their labor battles are intimately connected to social justice struggles, like the fight for Black Lives and LGBTQ+ rights. And of course, unions can and must use their power to fight for better living conditions for all working people, including universal health care, free public higher education, quality public housing, safe carbon-neutral renewable energy, and other basic necessities of life that capitalism denies us.