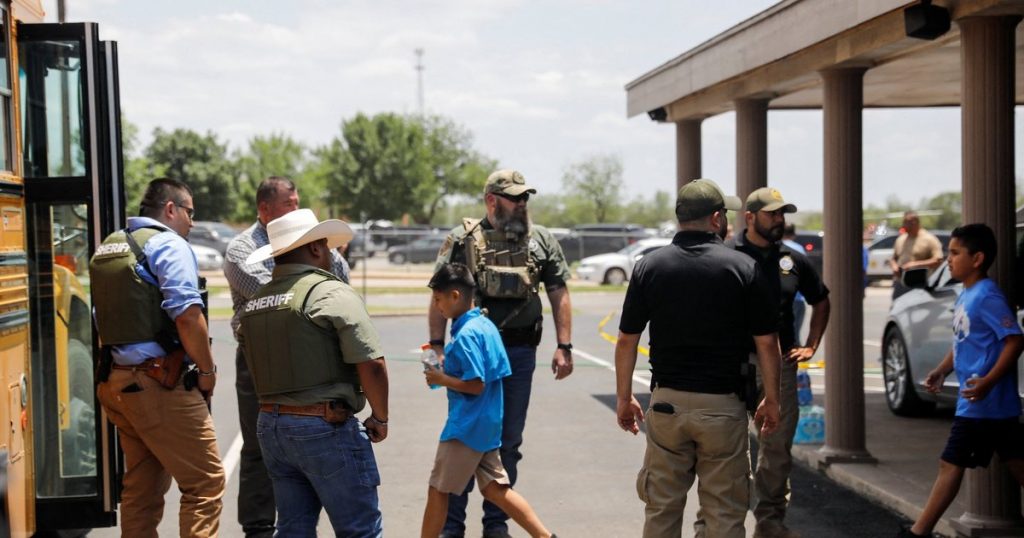 Another deadly school shooting has claimed the lives of innocent school children and educators. The small town of Uvalde, Texas, was the scene of the latest example of tragic barbarity as at least 18 elementary schoolers and two adults were murdered by an 18 year-old gunman who also died at the scene. This shooting is the third deadliest school shooting in American history, made even more tragic by the fact that most of the victims were between 7 and 10 years old.

The responsibility for this horrendous crime, of course, lays first and foremost with the killer himself who made an evil and reprehensible decision to kill children. Yet, this shooting doesn’t happen in a vacuum and we can’t individualize it. This horror comes within a much larger context of the violence inherent to the capitalist system and the violence particular to the United States empire in decline.

This shooting comes just ten days after a white supremacist attack on a supermarket in Buffalo left eleven, all Black, people dead. While there is no evidence currently that today’s shooting was racially motivated, the specter of white supremacy still hangs over the tragedy. Uvalde is 78 percent Latine and, currently, the border patrol — the same institution that detains and abuses migrants and chases them with whips — is currently at the school, potentially intimidating any undocumented parents who need to go pick up their traumatized children.

This shooting is a shocking indictment of the current moment, in which an 18 year-old kills 15 people in an elementary school in Texas mere days after a man shot a stranger unprovoked on the New York subway, which, in turn, was just over a week after a white supremacist opened fire in Buffalo.

While the Republicans send thoughts and prayers and attempt to blame immigrants, the Democrats carry on about gun control legislation they never intend to pass. Even if they did pass legislation, the laws would do little more than further criminalize and lock up mentally ill people and people of color under even more state control.  And as the pundits make meaningless speeches, people — children —  are being killed in a horrifying slew of mass shootings.

Gun violence and mass shootings are an epidemic of a capitalist system that is in decline, of an imperialist country which sustains itself on the blood of imperialized nations. Of a society where the President regularly kills children in foreign countries with drone strikes,  and then goes on television to send prayers to the victims of the latest tragedy. It’s  a society in which a violent, white supremacist far right is on the rise — propped up and encouraged by the likes of Donald Trump, Tucker Carlson and more. It’s a society built on patriarchy, where violent masculinity is encouraged.

Decades of neoliberal attacks on social services paired with steadily worsening living conditions have created the material conditions for a culture of alienation which led to this unspeakable crime. The person who did this shooting was a monster. But it’s a monster U.S. capitalism made.

It’s a system that has told angry young white men that it is people of color and queer people who are the cause of their distress, a system which has alienated so many young people and left them without hope, a system that has accepted near-constant school shootings in the years since Columbine.

It’s a system that has abandoned anyone but the most wealthy and where there are almost no mental health resources available.  Getting a gun is cheaper and more accessible than finding a psychiatrist.

While mental illness is used to justify killing done by bigots, people with mental health disabilities are killed by police more than any other demographic — 50 percent of those killed by police have some form of disability. Indeed, many, many police wellness checks end with the police murdering the very person they were sent to check on like in the recent case of Nygil Cullins.

Solidarity with the victims, their families, and all survivors. May they rest in power and may we avenge them by fighting against every single reactionary attack and for a society without the violence and inequality that makes these attacks possible.