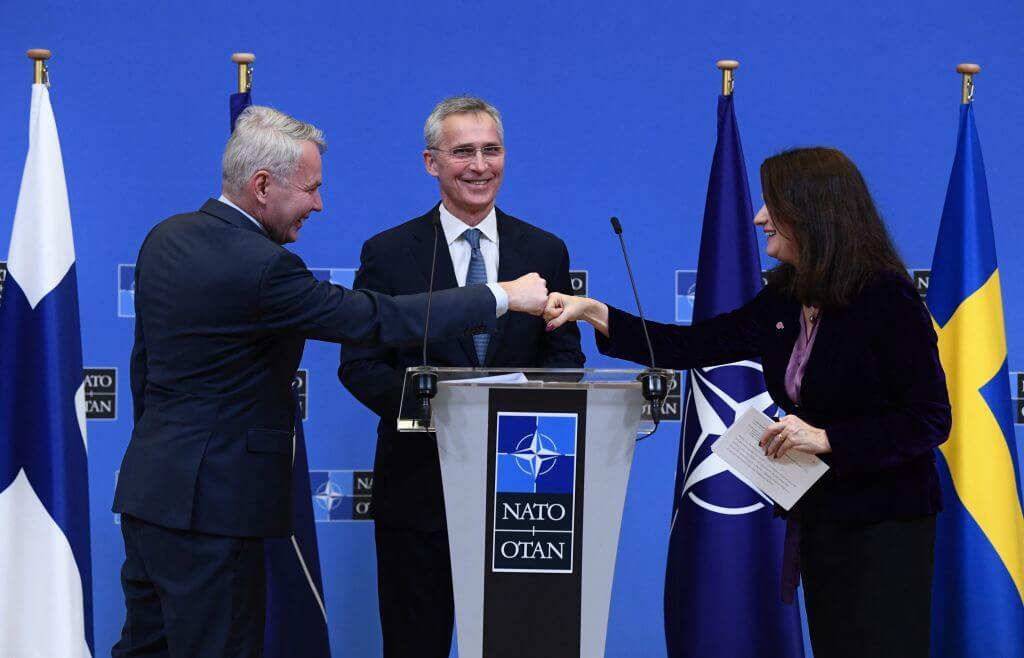 It is a remarkable irony that the devastating invasion of Ukraine, which was supposedly intended to halt or stall further NATO expansion on Russia’s borders, is instead fueling NATO’s growth and the rearmament of Europe. Putin’s intentions to further destabilize Ukraine, making it all but impossible for the country to ever join NATO or the EU, is more or less going according to plan, but with dire consequences for working people in Europe and around the world. Despite major setbacks in the west of the country and the recent loss of one of its most powerful warships, Russia is intensifying further control of the eastern regions, and is close to finally capturing the major port city of Mariupol. The invasion of Ukraine was supposed to reassert Russian power and weaken NATO control of the region, but that has not happened. Instead, Russia’s invasion has only bolstered the reputation and power of NATO, even among countries that have remained neutral for decades.

Since the war began in February, opinion polls across Europe have shown a shocking and unprecedented increase in support for NATO, weapons shipments to Ukraine, and increased military spending. In Germany, for instance, polls showed significant approval for military aid to Ukraine as well as the more than €100B in new military spending proposed by German Chancellor Olaf Scholz in March. In Ireland there is increasing support for joining NATO, up from just 34 percent in February to 48 percent in late March, with 59 percent agreeing that the country should boost its military spending.

Meanwhile, polls in both Finland and Sweden have shown a considerable increase in support for joining NATO, and both countries look primed to apply for membership soon. About 59 percent of Finns now support the idea. That number was just 34 percent in 2021. Next door, 60 percent of Swedes now say they would support joining the alliance if Finland also joined. That number falls to just 41 percent if Finland did not join, but with just 26 percent opposed and 33 percent undecided, it still represents a plurality. While it’s true these polls reflect a limited set of options, it’s clear that the war has not hurt NATO’s reputation, but has, on the contrary, improved its image across much of Europe.

Both the governments of Sweden and Finland (which has a 1,300 kilometer border with Russia) are now signaling a growing willingness to join the alliance and NATO officials have suggested that it is all but certain that Finland will join and that Sweden will follow. On Wednesday, the prime ministers of both countries held a joint press conference to discuss the security situation and the prospects for joining NATO. Finland’s prime minister, Sanna Marin, said that a decision on whether or not Finland would apply for membership could be made within weeks. On Friday, Finland’s Minister of European Affairs stated that it is “highly likely” that the country will agree to membership. Sweden’s ruling Social Democratic Party has also expressed security concerns after Russia’s invasion, and is looking to make a decision on the question by the end of the summer.

Russia’s disastrous invasion of Ukraine, far from discrediting NATO aggression, has only helped to re-legitimize one of the primary organizations of U.S. imperialism and violence abroad since the end of the Second World War. With the help of NATO, the  United States has been able to maintain hundreds of military bases across Europe and to pursue its global strategic objectives, including the isolation of Russia, with little resistance. The continued growth and expansion of NATO, far from making Europe safer, will only precipitate further conflict. As the United States pivots toward increased economic and military competition with China and Russia, it is clear that NATO will play a major role in the coming conflict. Such strategic interests, however, are not in the interests of working people either within or outside  NATO states, and it is the responsibility of workers everywhere to resist U.S. imperialism as well as the further militarization of Ukraine and Europe. This includes an end to sanctions and arms shipments, as well as the immediate removal of all Russian forces from Ukraine.