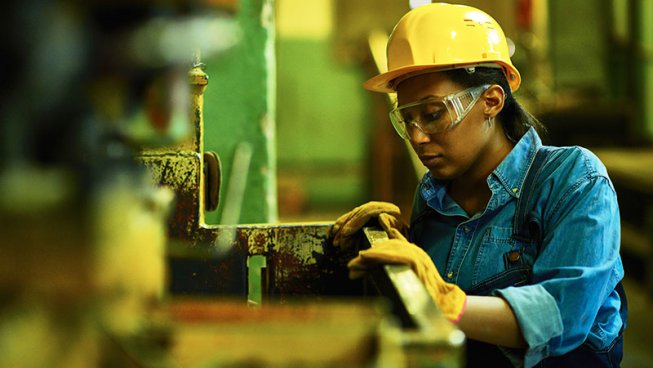 “The left needs a new populism fast,” Owen Jones wrote in his recent column in The Guardian. Jones pointed out that the forces of the European “radical left” are mainly composed of university or middle-class youth, and suggested that the union between these sectors and the workers is key to confronting the demagoguery of the populist right.

The young British intellectual stated that “unless the left is rooted in working-class communities – from the diverse boroughs of London to the ex-mill towns of the north, unless it speaks a language that resonates with those it once saw as its natural constituency, shorn of contempt for working-class values or priorities, then it has no political future.”

Many US scholars and political activists have proposed that the revitalization of the US left would only take place through the revitalization of the working class. Decades of material and ideological retreat render the American radical left weak and disconnected from its social base. The only path for a reemergence of the left is through the recovery of its relationship with the labor movement.

In the Spanish state, following the formation of the new conservative government of Partido Popular, various circles within Podemos and Izquierda Unida have also started to express the need to strengthen the struggle in the streets and the demands of workers.

Although they do so by tightening their relationship with the leaderships of CCOO and UGT trade union bureaucracies, there is no doubt that the growth of right-wing populist forces, from Trump to Marine Le Pen, reopens a strategic debate on the future of the left, and its relationship with the working class. We take up some aspects of this debate below.

During the 1980s and 1990s, in the midst of the neoliberal boom, postmodern intellectuals had questioned the very concept of working class, even arguing that it had “disappeared.” The situation was paradoxical. It was a time in history when capitalism was spreading like never before to new areas of the planet in pursuit of new niches for valorization, and thus vertiginously expanding the working class in quantitative terms. Yet in university classrooms, that same working class was declared to have “disappeared.”

Other intellectuals accepted the sociological existence of the working class, but argued that it had lost all connection with past traditions of struggle because the majority of wage earners were no longer factory workers. They suggested capitalism’s development created a new working class based on various sectors of the service industry.

The forces of the working class are not found only among industrial workers, who, by the way, are far more numerous globally than they were a century ago. The objective strength of the working class also lies among the workers of services, banks, transport, telecoms, bars, etc., that is, in each and every employee who has nothing but his or her labor force to sell. This leaves out managerial occupations or command positions that act as the executive arm of capital. This definition also excludes the middle sectors or “petty bourgeoisie,” whether they are self-employed professionals, petty shopkeepers or small farmers, etc.

Therefore, not only was the hypothesis of 30 years ago about the “end of work” wrong, but in fact, the working class is today numerically and geographically much larger than it was 170 years ago when Marx and Engels penned the Communist Manifesto.

For instance, nowadays we can read about the great strikes of Walmart workers in China, a result of the expansion of capitalism to new regions, or the struggle of United States service industry workers, including fast food, hotel, airport, and Uber workers.

Now that times have changed and neoliberalism is in full crisis, liberal intellectuals “accept” that the working class exists, but assert that it is conservative, “ignorant,” “macho” and “racist.” “Look, the working class voted for Donald Trump,” they say. Another false hypothesis, which they use intentionally to blame the working class for the triumph of a right-winger like Trump.

First, it is necessary to clarify that the American working class is not composed only of heterosexual white men aged 45 to 60 – the majority of whom voted for Trump, along with a large portion of the middle class people. The US working class includes precarious youth, women, Latinos, Arabs, African Americans, gays, lesbians, etc. Most of these sectors did not vote for Donald Trump, although they certainly were not enthusiastic about Hillary Clinton either, as she was a candidate of the establishment and detested by many. This political aspect concerning the role played by the Democratic Party in the last decades, which paved the way for its defeat, is left out of the analysis by many “progressives.”

Having clarified this, and returning to the definition of the working class, in the 1990s there was a surge in theories on social movements or the “plurality of subjects,” which sought to pit the movements concerning women’s rights, youth, sexual diversity or anti-racism against what they called the “old paradigm of the working class.” A counterposition of “the subjects of identity” against “the subject of production.”

It is obvious that we are facing a new working class, one that is feminized, includes new precarious and super-exploited generations, and is multiracial, etc. But this phenomenon, far from taking away the force of the working class as a social and political subject, can on the contrary enhance its capacity of transformation.

Today more than ever, this feminized and multiracial working class can become a hegemonic subject in the struggle against capitalism, playing its part in the struggle for better wages, for the reduction of working hours, against precarity, and for better working conditions, as well as for the specific demands of all oppressed sectors, such as women fighting against patriarchy, the struggles of gays, lesbians and trans, and people of color fighting against racism.

This, in turn, is the only way to articulate a truly radical struggle for these rights, which capitalism either grants partially or limits to some sectors in rich countries, while denying them to the millions. Fighting racism and patriarchy, as well as oppressed countries struggle against imperialism, requires a revolutionary and anti-capitalist strategy; otherwise they are doomed to failure.

A radical left of the working class

In the last decades of capitalist restoration, the European left in general tended to move away from the working class. The debacle of Stalinism and the former bureaucratized workers’ states, beginning with the former USSR, not only gave rise to an ideological and material offensive of neoliberalism against the working class, but also a process of “updating” the old “left.” First of all, European Social-Democracy switched completely to the ranks of social liberalism, positioning itself on the left bank of what Tariq Ali would later call the European “extreme center.”

The same went for the left that was the heir of former Communist and Eurocommunist parties. In this case, the result was first a long period of adaptation to parliamentary institutions, years later followed by a pursuit for new “shortcuts” to build itself in social movements, or a direct fall into the illusion of “video-politics,” as in the case of Podemos in the Spanish state. A movement was built “from above,” on TV sets and internet forums, rather than “from below” through militancy in workplaces or schools.

The counterpart of the left’s withdrawal from the working class was an uncritical adaptation to the role of trade-union bureaucracies, which have largely followed a corporatist and conciliatory program for the more privileged sectors of the working class, while consciously refusing to take into account the demands of the unemployed, the precarious workers, immigrants, women, and racial or sexual minorities.

The international capitalist crisis that erupted around 2007 to 2008, which has proved not to be just another cyclical crisis as capitalist apologists argued, has buried the bourgeois triumphalism that accompanied the neoliberal offensive of the 1990s. At the same time, it has revealed to millions the reactionary character of the bourgeois “extreme center,” which, in its conservative or social-liberal variants, has been the perpetrator (through severe adjustments and repressive measures) of one of the harshest attacks the working class suffered in decades. In this context, trade-union bureaucracies, which have always been the main guarantors of the stability of various capitalist states, have demonstrated their utter inability to defend even the interests of their own social base.

An overall crisis, which in the political arena has profound expression in processes of polarization and political crisis in the regimes of the core countries, especially in Europe and the United States, and in a tendency towards the erosion of bourgeois political representation mechanisms. This scenario has created a breeding ground for the emergence of new political solutions from the left and right, as well as a heterogeneous series of class struggle phenomena. Although, as we have seen, these phenomena are most clearly expressed on the right.

As Claudia Cinatti, the international affairs columnist of Izquierda Diario, recently wrote about the triumph of Donald Trump in the United States, “a phase of greater inter-state tensions has begun. It will include significant economic and military conflicts and ‘solutions by force’ in the face of the threat of class struggle. In this area, despite polarization, the extreme right now has the upper hand in its opposition against a timid center-left that continues to be just another variation of social-liberal parties.”

In this context, returning to the initial discussion, the left reopens the urgently needed debate on its relationship with the working class. But the main thing here is to discuss what kind of a program and discourse the left will need to rebuild within the labor movement. Electoralist discourses and moderate programs of reformism have shown themselves to be no obstacle to the advance of the extreme right or conservative “populists.” As Perry Anderson argued in a conference almost two years ago, “anti-systemic left-wing movements,” such as Podemos or Syriza, have defended positions “far less radical than those of the anti-systemic right.” Or even worse, they have turned out to be a complete scam, as in Greece, where Tsipras’s “left-wing government” has today become the chief implementer of the Troika’s neoliberal plans.

To confront the demagoguery of the right, it is necessary to articulate a radical, anti-capitalist and class-based program in the face of the crisis. A program that proposes radical measures against mass unemployment, against precarious work, for full rights to immigrants, women and youth, against all types of discrimination on the basis of race, sex or nationality, for the renationalisation of basic services (such as electricity) and transport, and for an end to private speculation at the expense of working people, among others. That is, measures that question the establishment: the capitalists who have grown rich during the crisis and the corrupt politicians at their service.