The World is on Fire: 11 of the Biggest Struggles This Year

Around the world, people are rising up. Here is a brief summary of some of this year’s major struggles. 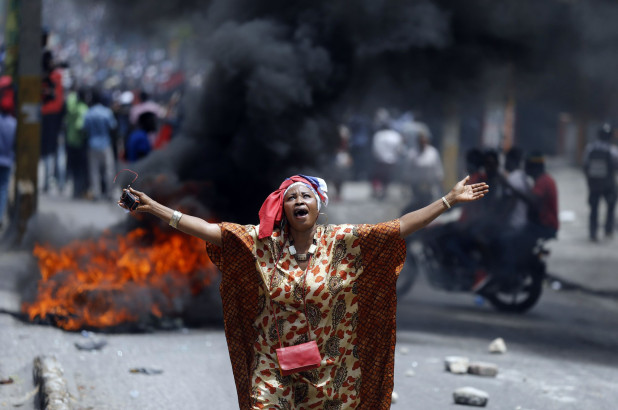 It is undeniable. Mass movements, general strikes and class struggle are back. And they’re global— primarily focused in the global south, although not exclusively. After decades of capitalist advance, people are rising up against austerity and against the elite and the politicians who profit off the backs of  working class and poor people. The masses are protesting not only their own governments, but also the IMF, a major global player pulling the strings of semi-colonial countries. As Claudia Cinatti argues in The Return of Class Struggle, “The point here is not to enumerate these protests, but rather to show that those at the top are less and less able to govern those at the bottom, who are increasingly angry… Our times are marked by an obscene concentration of wealth at the very moment that most people are seeing their living conditions decline, particularly young people who have only a precarious future ahead of them.” Traditional political parties are less able to govern and are deeply questioned. 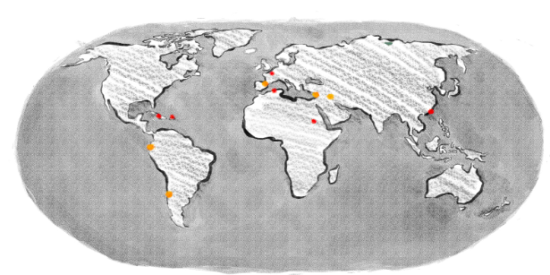 And those at the bottom are fighting. Around the world, people are building barricades and confronting the police in the streets. The working class is going on strike, shutting down production and joining mass protests in the streets. These mass uprisings bring about the question of how to fight for socialism. How can these kinds of mobilizations go further than any have gone so far? How can they achieve not only the reversal of austerity measures  or the ouster of a president, but a socialist revolution that expropriates the capitalists and sets up a government democratically run by the working class and oppressed?

Here is a brief summary of some of the biggest struggles so far.

For nearly a year and a half, there have been intermittent moments of large protests and uprisings in Haiti against the corruption of President Moise and the poverty, unemployment, and austerity caused in large part by the dictates of the IMF and World Bank. The most recent upswing in mobilizations was the result of a fuel shortage. They have combined mass mobilizations with general strikes.

You may be interested in: New Protests Begin in Haiti Amid Corruption Scandal

These protests started out as mobilizations against a fuel tax hike. The yellow safety vests that drivers are required to keep in their cars became a symbol of the movement and a uniform for protesters. After only a week of intense mobilizations and clashes with the police, President Macron was forced to rescind the taxes, but protesters began to demand his resignation, as well as increased taxes on the rich and other radical democratic reforms. The labor unions never fully allied with the Yellow Vests, which has limited the scope of the movement.

You may be interested in:
The “Yellow Vest” Rebellion
Yellow Vests Are Everywhere, Despite a Police Siege

With one of the highest debt to GDP ratios in the world, Sudan is critically poor. The chronic lack of food, water and medicine only got worse when former president, Omar Al-Bashir, devalued the Sudanese currency at the behest of the IMF. To pay off an IMF loan, he ended the grain subsidies in 2018. This was the straw that broke the camel’s back. General strikes started shortly afterward to oust the Al-Bashir regime. After his resignation following a military coup, the masses then organized against the military junta who had taken over the government. After months of protests, an oppositional coalition entered into a power-sharing arrangement with the military for 39 months, which will end in a general election.

You may be interested in: Repression and Resistance in Sudan

President Abdelaziz Bouteflika announced his candidacy for a fifth term, unleashing massive protests, which expanded against  government corruption more broadly. Bouteflika decided against a bid for  a fifth term. However, the military took power afterwards, unleashing another wave of protests of people demanding a civilian government. For months, Algerians protested every Tuesday and Friday. The focus is a denunciation of  the political class that has ruled politics for too long, against corruption and against the role of the military in office. New elections are called for December, although many protesters have already stated that have no faith in  the elections since the ruling elite will remain in power.

Chats emerged in which Puerto Rican governor Ricky Rosello bragged about government corruption, as well as making deeply homophobic and misogynist comments. Massive mobilizations emerged all around Puerto Rico. The full slogan was “Ricky Renuncia y llevate la junta”— Ricky resign and take the U.S.-appointed junta with you. There were also several days of general strike. Rosello resigned after 12 days. The junta remains in Puerto Rico, as does a massive IMF debt.

You may be interested in:
A Revolutionary Perspective for Puerto Rico
Cancel Puerto Rico’s Debt Now!

These protests were sparked by a massive popular outrage over a piece of legislation that would have allowed Hong Kong authorities to extradite “suspected criminals” to mainland China. This bill would help mainland China extradite political dissidents living in Hong Kong. The extradition order has been withdrawn after weeks of protests.

You may be interested in: The Hong Kong Protests: A Democratic Struggle and Its Limitations

Over the past month, there have been two major waves of protests in Iraq. Thousands of Iraqis staged demonstrations calling for employment, access to public services, and an end to government corruption. The government responded with brutal repression—at least 250 people have been killed.  After the first wave of protests, Prime Minister Abdul Mahdi promised to reshuffle his cabinet, cut the salaries of high-ranking politicians and promote policies to reduce unemployment. But deep poverty remains and the protests have continued.

At the behest of the IMF, President Lenin Moreno passed Decree 883 in order to pay back the country’s massive foreign debt. It ended fuel subsidies which doubled the cost of fuel overnight, as well as implementing cuts to salaries and holidays for public employees. The Ecuadorian people, in particular  indigenous communities, rose up during 12 days of protest. Eight people died and people began calling for the overthrow of the President. Protestors achieved a partial victory when the government declared the fuel subsidies would be restored.

You may be interested in:
Mass Protests in Ecuador Force Government to Withdraw Austerity Measures–Was More Possible?
Ecuador: Down with the IMF and the Moreno Austerity Plan!

Protests began in response to a proposed tax on internet calls through apps like WhatsApp. A quarter of the population has, since then, participated in the protests, expanding on the original demands to include the fall of the government. Although the WhatsApp tax was rescinded within days, the people did not leave the streets. Even as the government offered a series of social reforms and concessions, the protests amplified and a general strike was called. Hariri and his cabinet resigned, but it is not clear who will take power next.

You may be interested in:
Lebanon’s Prime Minister Resigns After 13 Days of Massive Protests
Protesters In Lebanon Refuse to Compromise, Call Nationwide General Strike

More than 2 million Catalan people voted in favor of independence in a 2017 referendum. The Spanish government declared the vote illegal and violently shut down polling places. In October 2019, some of the leaders of the movement were sentenced to draconian prison sentences for participating in an entirely non-violent referendum movement. For 15 days, hundreds of thousands of people poured into the streets across Catalonia. Solidarity marches were also organized in the capital city of Madrid.

The right-wing government of President Pinera increased the subway fares by 30 pesos. The student movement began occupying subway stations and the police violently repressed them. The President called a state of emergency for the first time since the military dictatorship while also rescinding the subway hike. The state of emergency only escalated the mobilizations, with hundreds of thousands taking to the streets. Unions called a two-day general strike. This struggle is ongoing, with many sectors demanding the downfall of President Pinera and calling for a Constituent Assembly with voted delegates of workers, students and communities in struggle.

You may be interested in:
What’s Behind the Popular Uprising in Chile?
Chilean Unions Call General Strike, Demanding Piñera’s Resignation and Constituent Assembly
Timeline: From Student Rebellion to General Strike in Chile