The Yellow Vests Are Back on the Attack Throughout France

On the eighth consecutive Saturday of mobilization with demonstrations in several French cities, tens of thousands showed that the yellow vest movement is alive, despite the government’s repression and maneuvers. 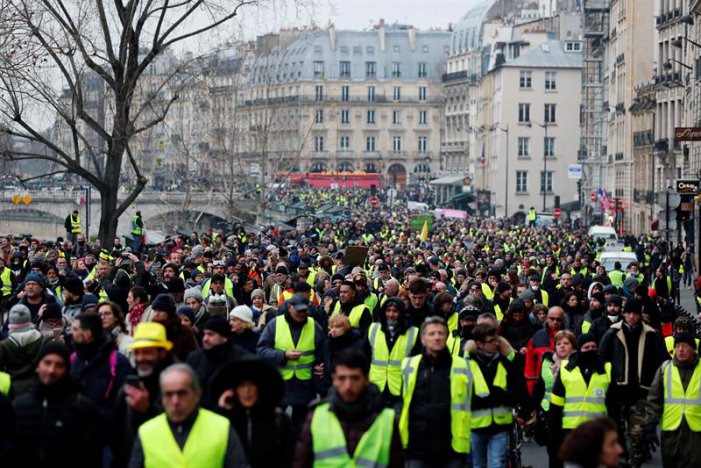 On Saturday, the French government tried to domesticate the yellow vests’ movement by for the first time authorizing for them a protest route in Paris.

The government also prohibited their access to several places, such as the Champs Élysées, that had been centers of protests and confrontations with the police in the past marches. In response, the yellow vests challenged the prohibition, filled the unauthorized places with people and again faced the police in Paris and throughout the country. This time their war cry was “Paris standing, uprising!”

After the apparent Christmas calm, there were marches throughout France that brought together more than 100,000 people determined to retake the most radical actions that we saw at the end of 2018. The government was clearly surprised by the movement’s morale. Now, French President Emmanuel Macron has to deal with the fact that the government’s maneuver didn’t work.

On Saturday the police had to face the fearless resistance against repression in historic places such as the Latin Quarter and Boulevard Saint-Germain, where the yellow vests built barricades. It was in these places that the fiercest clashes with the police took place during the so-called French May in 1968. 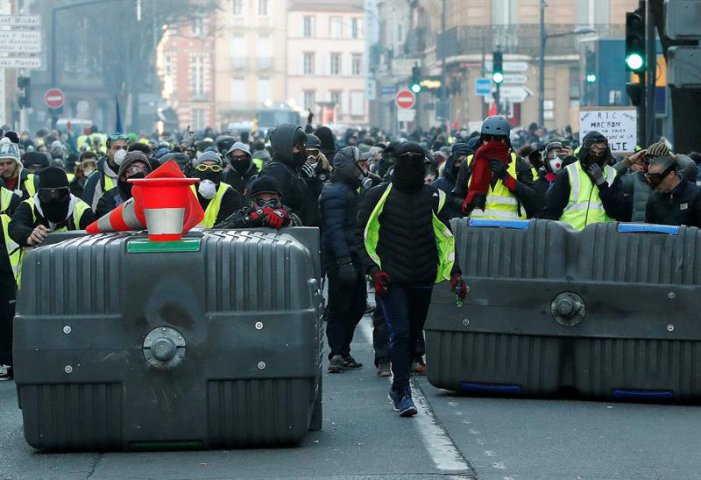 In the provinces many spontaneous actions broke out, such as in Troyes and Montpellier, where the yellow vests entered directly into the prefectures, symbols of police power, and in Avignon, where they entered the Supreme Court to protest the repression. In Bordeaux more than 10,000 people mobilized.

That spontaneity and morale, breaking with the official and legal march offered by the government restricted to certain parts of the city, reached the entrances of the National Assembly, where the police had to intervene urgently to block the protesters’ advance. It also appeared in places explicitly forbidden by the local prefecture as the Champs Élysées.

Also in Paris, some sectors of workers mobilized in solidarity with the yellow vests. In the capital, a contingent of nurses dressed in work clothes mobilized and took care of those injured by the repression.

Last Sunday a women’s march took place throughout the country, where the yellow vests who support the women’s struggle against gender violence participated in large numbers.

Saturday’s march recalls the first big marches of yellow vests and has surprised the Macron government, which bet on the movement’s attrition. Macron’s maneuver to criminalize the yellow vest protests, a maneuver that the judiciary supported, is already defeated.

The government tried to lean on the movement’s structural weaknesses, such as its lack of direction, and pushed to integrate the yellow vests into a “great national debate,” to which Macron referred in his New Year’s speech. But Saturday’s mobilizations showed that this governmental initiative has also been unsuccessful.

The tenacity of the yellow vests’ movement proves that throughout France, the specter of revolution is once again on the scene.