There’s Nothing Natural about the Disasters We’re Seeing

The U.S. was once again rocked with devastating climate disasters this week. The capitalists, state, and media want us to believe that this is natural, when, in reality, it is anything but. 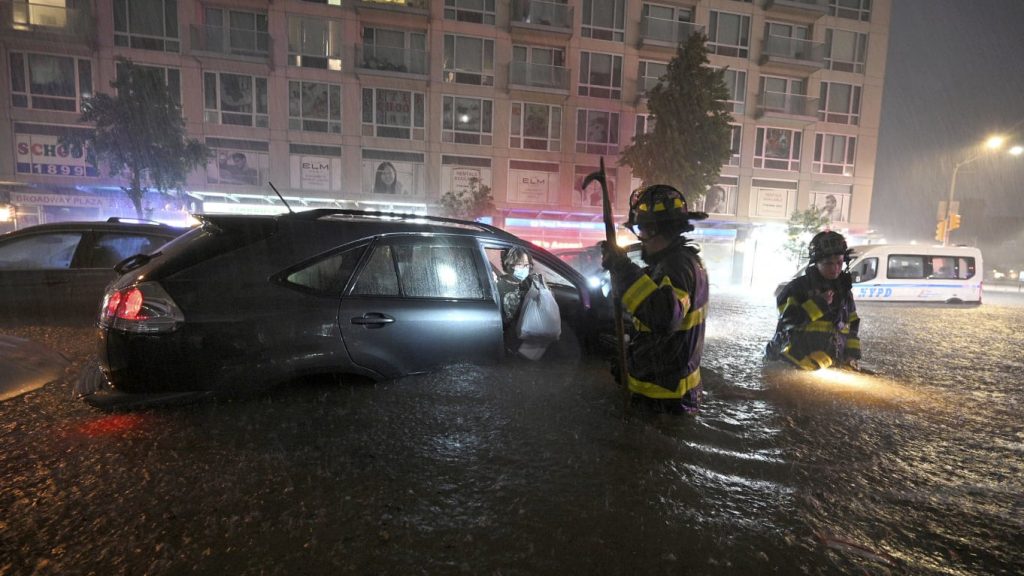 It feels almost biblical. The tornados, the flood, the fires, the plague — there are even locusts. This week, across the U.S., we saw, once again, the deadly impacts of the climate crisis. In New York we saw, once again, a city ground to a deadly halt by yet another climate-change provoked natural disaster.

Yet there is nothing natural about these disasters.

As New York, New Jersey, and Philadelphia join the numerous other areas devastated by Hurricane Ida among other disasters this year, it is worth considering how this was allowed to happen. How did it come to pass that, in the most expensive city in the country, eight people died due to floods, including a two year old child. How did the subway flood, stranding thousands of working class New Yorkers trying to get home? How were delivery workers and Amazon employees required to report for work, even as emergency warnings went out? How did the scenes that seem like they ought to belong in a science fiction movie come to pass?

In this, we should be very, very clear: these were not “natural” nor were they “acts of God” or any other phrase the capitalists trot out to distract from the blood on their hands. This is the end result of years of capitalist decimation of cities, infrastructure, and the environment. Hundreds of millions of dollars were invested into putting police in the subways rather than improving their infrastructure, and then the subways flooded. They stripped our cities, neglected our infrastructure, and destroyed our climate for profit. And people have died and are continuing to die. That isn’t natural, it’s murder.

And who benefited from this? The politicians who funded the imperialist war machine instead of infrastructure. The capitalists who sit high and dry in their penthouses while toddlers drown beneath them. The CEOs who keep accelerating climate change because it’ll make them a little more money. The bosses demanding that their employees show up to work while they sit, safe, in mansions thousands of miles away. Jeff Bezos went to space and his employees went to work in a hurricane. That isn’t natural, it’s capitalism.

And now, days later, things still aren’t resolved. Areas of Louisiana still don’t have power, people’s homes are still flooded and destroyed, and the subway system still doesn’t work properly. The capitalists are getting rich, price gouging on critical resources and nickel and diming their workers. The working class cannot ignore the structural causes of the problems. As the climate crisis grows — especially in the global South — these disasters will only continue to happen, with more dead and displaced. And the capitalists will only continue to enrich themselves from our pain.

The great leftist folk-singer Utah Philipps once said “They keep saying the Earth is dying but it isn’t dying, it’s being killed. And the people who are killing it have names and addresses.” The disasters in Louisiana, New York, and all over the world are consequences of capitalism. Capitalists forced us back to work during the pandemic,  threw us out of our homes in the midst of a deadly pandemic,  shoveled precarious workers into unsafe basement apartments, and are happy to sit by while they drown in the floods.

This is the profits over people nature of capitalism; everything else takes a back seat. They’ve restricted access to housing and health care, drilled for oil everywhere, bulldozed the rainforest, and ignored climate change at every turn. This is what the capitalist class and the state have facilitated over the past several decades: a systematic deconstruction of the social safety net, environmental protections, and housing rights. We must fight for a different kind of society.

A socialist society would be constructed in a way where these crises could be mitigated and responded to more quickly. For example, let’s say a hurricane hits a socialist society. With worker control of production, democratic decisions would be made to build stronger infrastructure, ensure better housing conditions, and create more social support for those in need. All of this would work to mitigate the impacts of flooding. We wouldn’t need to stick workers in basement apartments for the  wealthy to have luxurious high-rises; everyone would have safe housing. This isn’t utopian, it’s a completely achievable goal if we lived in a society where the needs of the masses were the priority, not the wants of the wealthy.

As the climate crisis deepens, we cannot have any illusions or faith in capitalism or the state’s ability to solve it. After all, they were the ones who got us into the current crisis. Only worker control over production and a planned collective economy will do that. But there are concrete things we can fight for currently. We should organize tirelessly for housing and worker rights, for stronger and well-funded public transport systems, and against all environmental attacks from corporations. But we can’t just stop at that. We have to keep fighting and organizing for full worker control of production and socialist revolution.

We have the ability to organize ourselves to shift the course of human history away from disaster and barbarism towards liberation. To paraphrase Rosa Luxemburg, originally writing about World War I: “[the] bloody sword of genocide has brutally tilted the scale toward the abyss of misery. The only compensation for all the misery and all the shame would be if we learn from the war how the proletariat can seize mastery of its own destiny and escape the role of the lackey to the ruling classes.”

The only compensation, the only justice, for the drowned, the displaced, and the sick is for us to break free of the yoke of capitalist misery. To use the ever-present and growing failures of the capitalist class to enrage and mobilize the working masses of the world to take control of their workplaces, lives, and futures. We don’t need — in, fact, we cannot afford — capitalist approaches to resolving climate disasters. Only an international proletarian movement to bring capitalism down will be able to truly save us from the growing crisis.