Karl Liebknecht was murdered 103 years ago. The East German biopic “In Spite of Everything” premiered 50 years ago today and shows his final days. 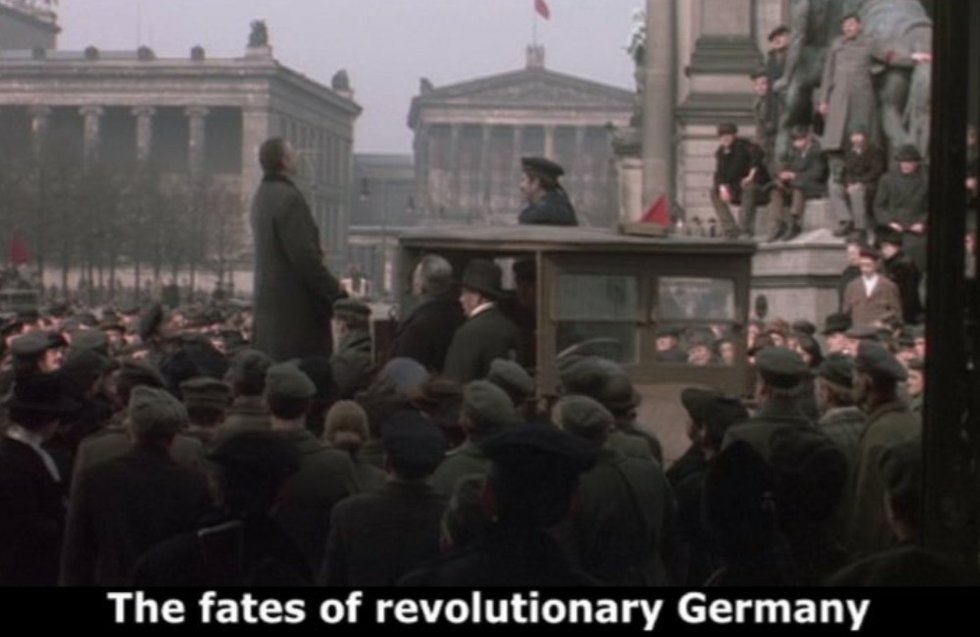 Last Sunday, thousands of people marched to the graves of Rosa Luxemburg and Karl Liebknecht. The two founders of the Communist Party of Germany were assassinated 103 years ago, but people still come out with red carnations and red flags to remember them. It is hard to think of another historical figure whose death still moves so many people — except for that one Palestinian cult leader, of course.

Rosa Luxemburg is more popular than ever, with films and graphic novels about her life. To learn more about Karl Liebknecht and his final days, I’d recommend a great film made during the German Democratic Republic. Trotz Alledem! (In Spite of Everything) had its premiere exactly 50 years ago, on January 13, 1972. The two-hour film is available for free on Youtube with English subtitles.

The East German film studio DEFA has a mixed reputation. The two-part biopic about Communist Party chairman Ernst Thälmann (1954-55), for example, is remembered as groan-inducing Stalinist hagiography. Every single scene shows Thälmann saving the day (and getting praised for doing so). The director himself later admitted that parts of the film were “absolutely unwatchable.”

The Liebknecht biopic, however, shows that the GDR had liberalised by the 1970s. We are shown a revolutionary hero, but one who struggles with doubt and suffers defeats. The film’s most impressive set-piece shows the assembly at Circus Busch. (The giant circus hall stood on the banks of the Spree next to Hackescher Markt, in a triangle now called James-Simon-Park.) On November 10, 1918, 4,000 workers and soldiers gathered here to decide on the further course of the revolution. We see Liebknecht arguing passionately to push the revolution forward and expropriate the capitalists. But he loses the big fight. The social democrats outflank him with cynical manoeuvres, and he gets booed off the stage. Leaving the hall, Liebknecht is almost in a trance, and later searches for arguments to win over the masses of workers.

Some might see this as a cliché: brave communists vs. evil reformists.  But I am a historian of the German November Revolution of 1918-19, and I can confirm that this film sticks to the facts, almost to a fault. SPD leaders like Friedrich Ebert and Philip Scheidemann really were conspiring behind closed doors with right-wing military officers. As the record shows beyond any doubt, they ordered the most infamous assassination of the 20th century.

Like many Eastern Bloc productions, a lack of funding is compensated with a surplus of labor. The assembly, for example, was recreated with thousands of East German extras yelling, cheering, and booing.

Liebknecht famously proclaimed the Free Socialist Republic from a balcony at Berlin’s City Palace. In 1972, of course, the building was no longer there: after heavy damage in the war, the ruins were carted away in 1950. The producers were able to show this scene using clever editing to make it look like the palace was still standing.

Today, that ugly palace has been rebuilt, and you can see a brand-new copy of the balcony where Liebknecht stood (Portal IV). Prussian nostalgists would have us believe that the palace was destroyed by communists. This film recalls the historical truth: the first people to bomb the palace were monarchist troops under the command of the SPD, who were attempting to to kill the revolutionary sailors quartered inside. This makes the funniest scene in Trotz Alledem!: As the reactionaries fire machine guns into the palace, destroying the paintings on the walls, one sailor laughs: “Good thing our Kaiser is no longer around to see this!”

The film is not free of censorship. Comrades of Liebknecht who took on leading roles in the GDR, such as Wilhelm Pieck and Hermann Duncker, are elevated, while figures like Richard Müller make no appearance. In 1918, everyone talked about the leaders of the Russian Revolution as “Lenin and Trotsky” — but the latter name is absent.

This is a marvelous biopic. See if you can hold back the tears when Liebknecht climbs into a carriage destined to take him to his doom. The story was so well known to history that the director felt no need to show it. When thousands of workers at the funeral procession begin singing “Auf auf zum Kampf”, it feels just as relevant as 50 or 103 years ago.

Movies today tend to ask the question: “Why isn’t anyone doing anything?” So we all need a film showing working people who try to change the world. Let me give the last words to the working-class mother played by Erika Dunkelmann who takes Luxemburg and Liebknecht into hiding. Why does she risk her life: “It’s no life to let things go on as they’re going.” Hear, hear!

Republicans and Democrats are trying to win the working class vote on Tuesday, but neither party represents workers’ interests. Socialists must take advantage of the hunger for reform and fight for independent politics and build the party we need: a working-class party with a socialist strategy. 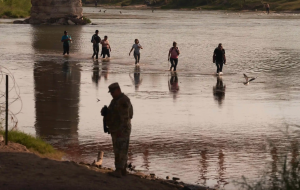 With just three days left before the midterm elections, the Republicans look increasingly likely to retake the House and perhaps even the Senate. This could have a profound impact on the next two years of Biden's presidency and the 2024 elections. But one thing is for sure: regardless of who wins on Tuesday, the result will be more polarization and more economic, environmental, and political crisis.