This is What Imperialism Looks Like: Haiti Does Not Have a Single Vaccine

The impoverished island nation of Haiti is in political turmoil, which is contributing to its people not yet receiving a single dose of Covid-19 vaccine. 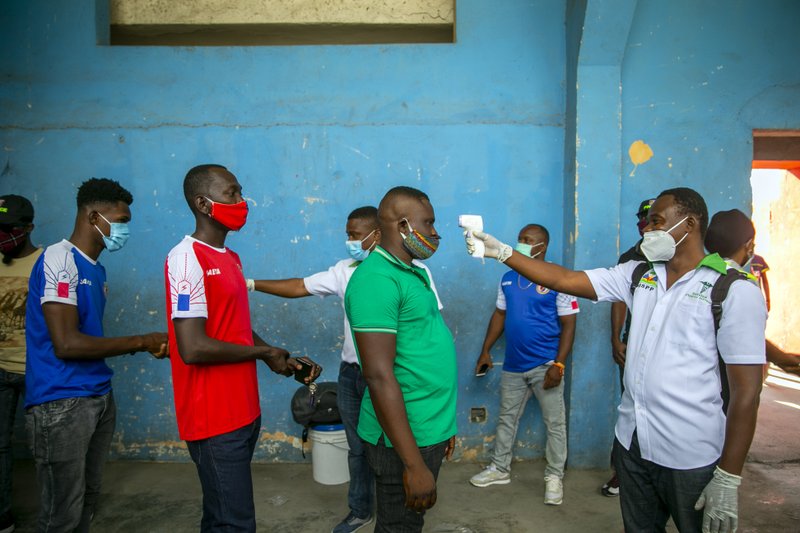 Haiti, the poorest country in the Western Hemisphere, has not received a single dose of Covid-19 vaccine. It’s yet another blow to the island nation’s 11 million people — who have suffered through debilitating poverty and degradation for centuries. It is the continuing legacy of the world’s richest nations’ response to the insurrection against French colonial rule that began in 1791 and won Haiti’s independence in 1804. Self-liberated enslaved people expelled their colonizers, and imperialism has been punishing Haiti — directly or indirectly — ever since.

An initial shipment of vaccine doses had been scheduled to arrive in Port-au-Prince, Haiti’s capital, some time in May. That would have already been well behind schedule had the government applied for the World Health Organization program that is getting some supply to the world’s impoverished people — albeit far less than is needed or even possible given that rich countries are hoarding vaccines. The shipment was to be a mere 756,000 doses of the AstraZeneca two-dose regimen, meaning fewer than 400,000 people would be served.

All this is unfolding as the country has officially reported some 12,700 cases and 250 deaths — figures widely disputed by public health groups around the world, which say they are grossly underreported.

The country, though, has been wracked with violence and political turmoil since the last presidential elections, when Jovenel Moïse was declared the winner despite many analyses that show the results were fraudulent. He has refused to leave office.

Meanwhile, the Haitian government seems to be promoting virus skepticism. While face masks are mandatory at the country’s businesses, precautions are rare. Large, maskless crowds are common throughout the cities.

Imperialism has never forgiven it’s enslaved people for having the temerity to rise up in revolt. From the moment the new Haitian republic was declared in 1804, an international boycott was organized. France piled high debt on the country. The United States occupied the island from 1915 to 1934, and has dominated the country ever since the end of World War II — including helping prop up brutal dictatorships for decades. A small elite continues to control almost all the island’s wealth that is not in the hands of imperialist powers, with corruption and government-sanctioned human rights violations the order of the day. What was once known as the “Jewel of the Antilles” — the richest colony in the world, supplying nearly half of France’s gross national product and providing products the French sold around the world — was long ago completely pauperized.

The world’s wealthy powers see the Black people of Haiti as having no value beyond whatever labor can be stolen from them. Leaving them to die from a virus for which there are vaccines is par for the course — especially in a capitalist system where patents and massive corporate profits always come first.