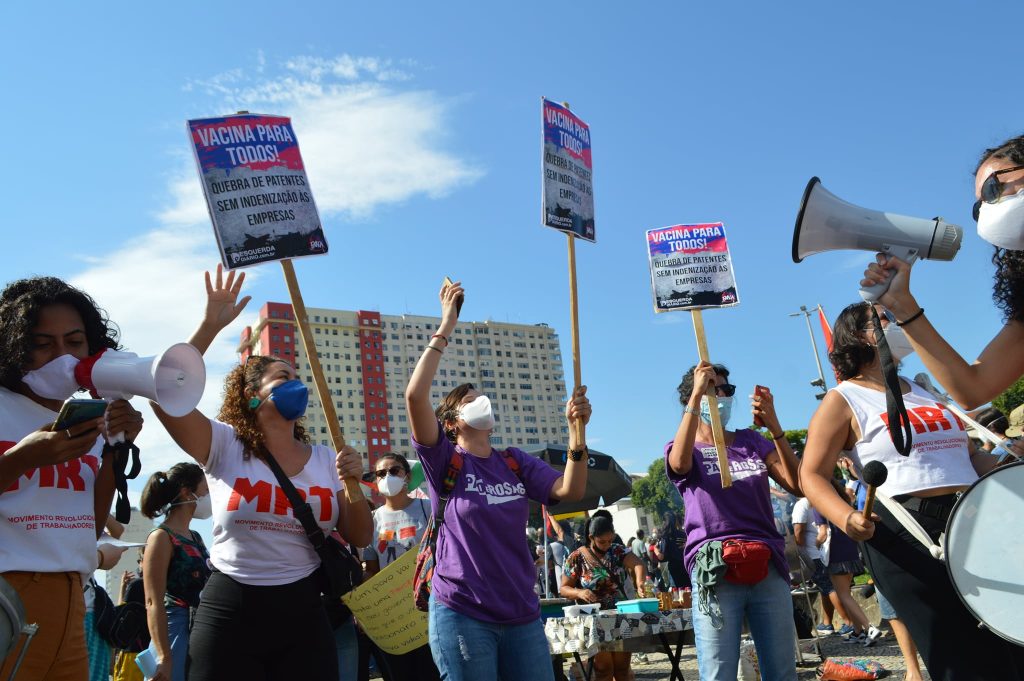 Hundreds of thousands of Brazilians took the streets yesterday to protest against the government’s absolutely catastrophic Covid-19 response and to demand the ousting of Bolsonaro. This was Brazil’s largest day of protests since before the start of the pandemic.

The negligent response against the catastrophic health and economic crisis by the Bolsonaro government and the entire political regime in the country led to the call for actions in several Brazilian cities. With Brazil on the brink of a possible third wave of Covid-19 and fewer than 10 percent of the population vaccinated, the country is in a dire situation. Since the start of the pandemic, Bolsonaro has downplayed its effects, calling it nothing but a “little flu” and impeding efforts for lockdowns and social distancing measures. As a result of Bolsonaro’s policies and the already vastly underfunded healthcare system, more than four hundred fifty thousand people have died from Covid-19, the second highest in the world following the United States.

The protests were not only about the coronavirus response. They were also in response to the broad cuts to public spending and the austerity measures implemented in the midst of the mass deaths due to the pandemic. Cuts to federal universities were a catalyst for the demonstrations on Saturday. In cities across the country, workers, teachers, and students took to the streets together to demand an end to cuts in education and attacks on the working class.

It was clear that the demonstrations opened the floodgates of discontent and anger over Bolsonaro’s catastrophic response to the pandemic and the resulting economic crisis. Throughout the country the cry that rang out was “Out Bolsonaro!”

But, this slogan on its own is not enough — Bolsonaro’s Vice President, Hamilton Mourão, a former military general, is no solution for the working class and oppressed. That’s why Left Voice’s sister organization in Brazil, the Movement of Revolutionary Workers, attended the protests with the slogan “Out with Bolsonaro, Mourão and All the Military Leaders; Against the Cuts and Vaccines for All!”

Demonstrations took place in about eighty-five cities across Brazil. There were even calls for cities around the world to join as well.

Originally published in Spanish on May 29, 2021 in La Izquierda Diario.