Thousands have taken to the streets in Ecuador to protest increases in fuel prices and the government’s austerity measures. But the union and social movement leaderships are not putting forward a serious plan of struggle to defeat these plans through a real national strike. 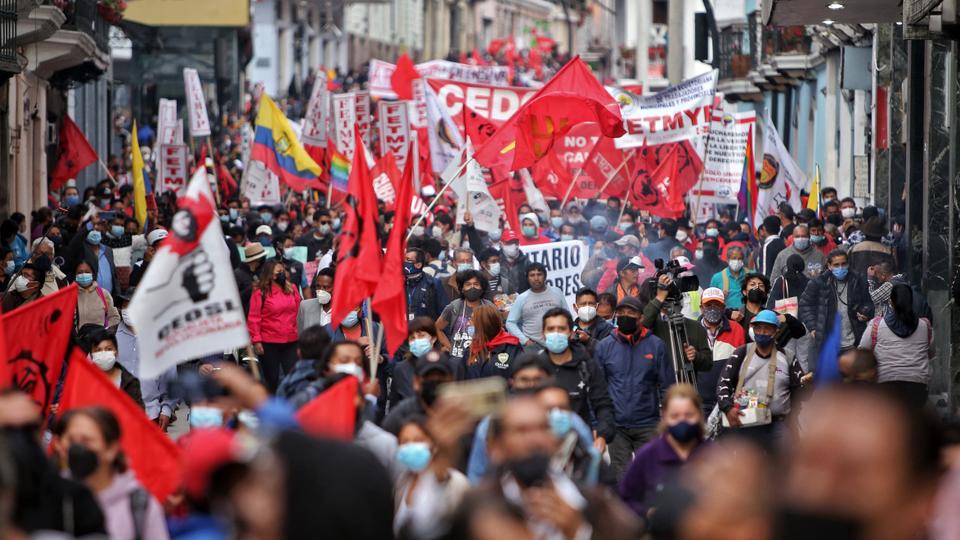 On Tuesday and Wednesday, thousands of Ecuadorians took to the streets to demonstrate against increased fuel prices and austerity measures demanded by the International Monetary Fund (IMF). President Guillermo Lasso was forced to announce a freeze on fuel prices, but failed to prevent the mobilization of indigenous peoples, workers, and students who erected roadblocks and organized demonstrations on both days.

Diesel fuel prices have spiked to $1.90 a gallon compared to just one dollar more than a year ago, and the price of common gas has risen to $2.55. But fuel price increases are just one part of a series of reforms in Lasso’s austerity plans aimed at complying with the IMF’s demands. Ecuador’s foreign debt exceeds $52 billion, and the country will need more than $7 billion in new financing in 2021. In order to receive new loans, the country would have to cut its budget deficit to $2.8 billion this year, down from $7.2 billion in 2020. This would require massive spending cuts and increased austerity, a massive blow to the working class.

The protests were called by the Confederation of Indigenous Nationalities of Ecuador (CONAIE), the country’s largest indigenous organization, as well as the United Workers’ Front, the National Teachers’ Union, the Federation of University Students of Ecuador, and dozens of other organizations. The organizers denounced the “repression by police forces and the military” in several areas, including the provinces of Cotopaxi and Imbabura.

This week’s protests took place in the midst of the state of emergency imposed by the executive branch in response to rising crime rates, but which in practice resulted in the militarization of the country’s streets. The main march took place in Quito, the heavily patrolled capital city where police forces and the military cordoned off all accesses to the Carondelet Palace, the seat of government. The demonstrators were subject to constant harassment by the police and military, which prevented the passage of the protests by firing tear gas canisters and arresting several people. According to official sources, 37 people were detained.

This did not deter the thousands of protesters, who chanted slogans like “Traitor Lasso, down with the gas price hikes,” and “The government won’t show its face,” waving hundreds of union flags against the reforms that the president intends to implement.

President Lasso spoke out against the mobilizations on Tuesday, blasting them on Twitter with the hashtag #DileNoalParo (#SayNoToTheStoppage) and taking aim at the roadblocks.

But the government failed to prevent the demonstrations. Attempting to minimize the impact of the actions, the official government spokesman, Carlos Jijón, stated that “the country worked in relatively normal conditions” due to the measures taken by the forces of repression.

The protests showed the people’s opposition to the government’s policies and once again demonstrated the indigenous peoples’ massive power to mobilize. This was clearly illustrated in 2019, when they led the fight against the elimination of fuel subsidies that almost resulted in the collapse of the national government. Then-president Lenín Moreno only managed to complete his term after leaders of the social movement demobilized the protesters.

This week’s demonstrations have shown the strength needed to confront and defeat Lasso’s austerity measures. But so far the leaderships of Ecuador’s unions and social movements have not shown that they are willing to do this. The leader of the CONAIE, Leonidas Iza, reassured the president that

We are not internal enemies for you to declare war on us. Listen, Mr. President, we are all experiencing poverty, including the state treasury, but we cannot take money from the poorest sectors of society. We need to freeze [fuel) prices at appropriate levels and move towards a more comprehensive discussion on targeted subsidies. The wealthy sectors should be the ones to pay for non-subsidized fuel instead of coming out to insult the protesters.

This week’s protests, as well as those of 2019 and 2020, have shown that the working class has the power to confront the austerity measures that the IMF intends to impose on Ecuador. Workers, women, precarious youth, students, and native peoples are fighting in the streets and resisting repression, but the trade union and social organizations that are at the forefront of these strikes and mobilizations are not putting forward a serious plan of struggle to defeat these plans through a real national strike.

Originally published in Spanish on October 26 in La Izquierda Diario. 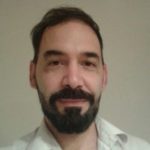