Thousands of Amazon Workers in Germany Strike on Black Friday

Jeff Bezos has made $90 billion in the pandemic. His workers are demanding higher wages and union recognition, but Amazon is employing Pinkerton detectives to spy on those workers. 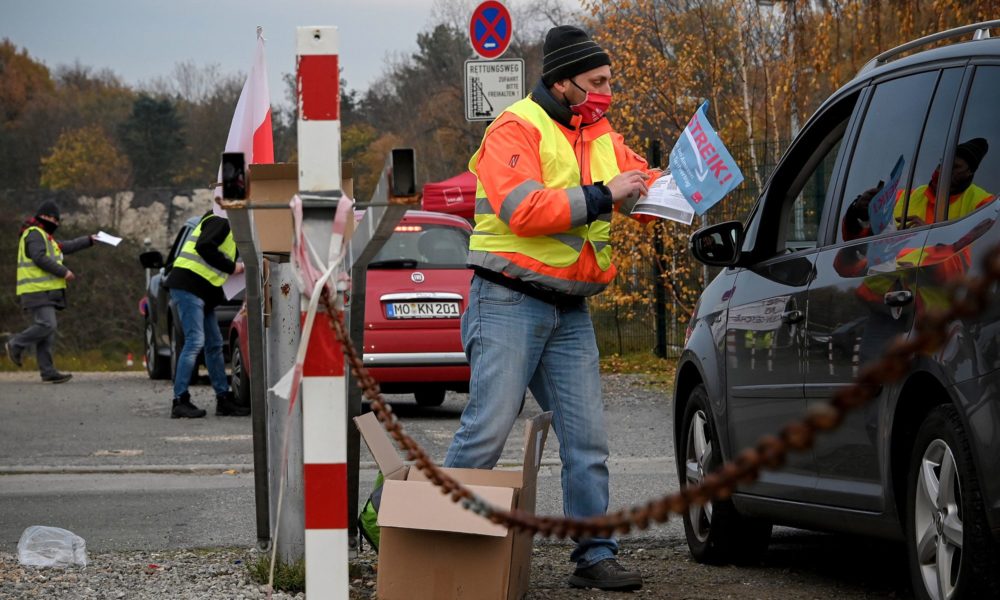 Since the beginning of the pandemic, millions of people have lost their jobs. Jeff Bezos, on the other hand, has increased his wealth by $90 billion over the course of the year. The owner of Amazon, who is also the richest man in the world, now controls $189 billion.

Who generates these unimaginable profits? The over one million people who work for Amazon around the globe. They have to put up with long shifts, backbreaking work, and low wages. Many of them try to improve their conditions by forming unions. But Amazon goes to incredible lengths to prevent this unionization.

Amazon workers in Germany have had enough. On Black Friday, which is the busiest day of the year, thousands of them have gone on strike. The action, which started on Wednesday night and will continue for three days, is taking place at eight different Fulfillment Centers across Germany.

In Germany, the service sector union ver.di has been organizing strikes since 2013. They are demanding wages in accordance with the collective bargaining agreement for the retail sector. But Amazon categorically refuses to negotiate with the union.

As ver.di reports, hundreds of Amazon workers have been infected with Covid, as minimum distances cannot be maintained during peak work hours. Amazon has largely been able to ignore the strikes by hiring thousands of additional workers around the holidays. It appears that Amazon is willing to spend far more money to break the strike than it would cost to meet workers’ demands.

As Motherboard reports, based on secret internal documents, Amazon’s ominously named Global Security Operations Center employs spies at its European warehouses to monitor employees’ efforts to form unions. For this purpose, Amazon contracts the Pinkerton Detective Agency — a name synonymous with strikebreaking and terror against the labor movement. Amazon has also been spying on diverse social movements, from the climate strikes led by Greta Thunberg to the Gilets Jaunes (Yellow Vests).

Unfortunately, the bureaucratic leadership of ver.di has not been willing to escalate the strike actions over the years. Beating a global corporation owned by the richest man in the world will require more than just individual strikes. The Amazon workers in Germany need solidarity from other workers and from social movements. Only militant, mass actions will be capable of forcing Bezos to give some of those billions back to the workers that created them.