Protests in Thailand, set off by the student movement, are directed at the military-backed government and powerful monarchy. These protests are part of a string of global uprisings erupting around the world as the current crisis of capitalism deepens. 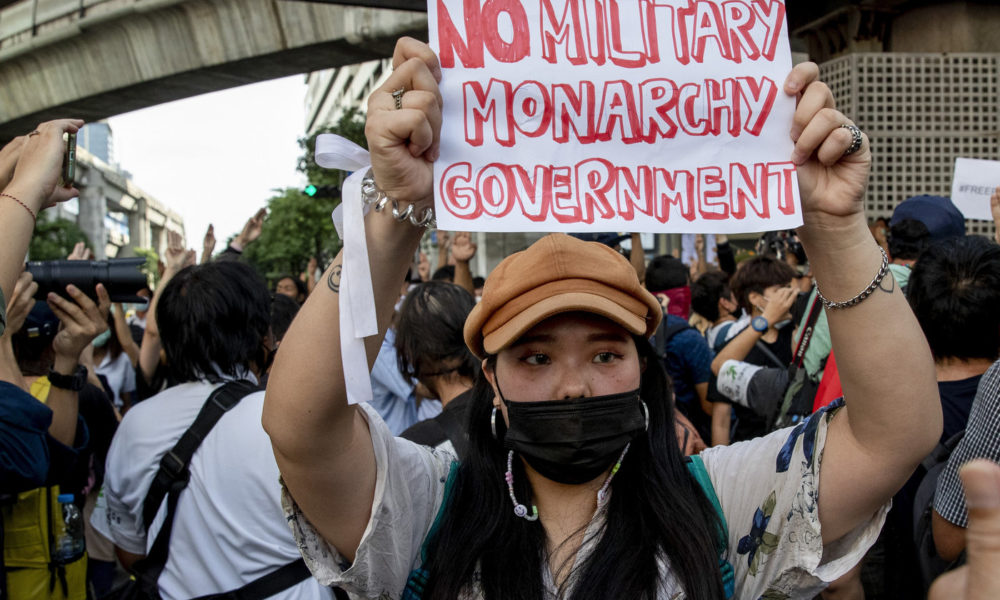 A ban on pro-democracy gatherings in Thailand was not enough to stop tens of thousands of people from protesting in Bangkok. On Thursday night, October 15, mass demonstrations in the country’s capital sent the message that the oppressed classes of Thailand are sick of being ruled by an alliance between Thailand’s monarchy and military.

Thailand has never had a government where workers are given a significant voice, however, the second half of the 2010s were a particularly undemocratic stage in the country’s history. A military coup in 2014 violently ended pro-democracy uprisings through the use of martial law and censorship. Though the military regime technically ended in 2019, it essentially remains in power. The country’s current leader, Prime Minister Prayuth Chan-o-cha, was the Commander in Chief of the Royal Thai Army and was originally appointed Prime Minister as part of the military coup. He was reelected in 2019 through a sham vote which seventy-seven political parties have contested.

In the past, the monarchy, though undemocratic, was somewhat separate from the country’s government. However, the most recent monarch has grown increasingly closer to the military. Since becoming king in 2016 following the death of his father, Maha Vajiralongkorn has used the military to violently shut down any dissent against the monarchy.

The latest development in the country’s fight against the right-wing regime began on October 14 when protesters blocked and heckled a royal motorcade. In response, the military declared an extreme state of emergency, forbidding gatherings of more than five people. The military has also banned the publication or online posting of anything that could “Threaten national security.” This backfired.

Led by student organizers, protesters are calling for the resignation of the prime minister and for constitutional reforms and limits on the power of the monarchy. These protests were violently attacked by riot police and 20 people were arrested. Human rights lawyer, Anon Nampa, activist, Prasit Krutharot, and student leader, Parit Chiwarak were all arrested, denied bail, and are being taken to prison. People in Thailand are also reporting that they do not have access to change.org where there is a petition calling for democratic reforms.

Thailand is one of many countries where the working classes are now demanding freedom. The forces of capitalism and imperialism have long pillaged the global south for its resources and labor. Authoritarian leaders who support the interests of the bourgeoisie in imperialist countries have violently shut down powerful left movements that go against their interests in the past. As the current crisis exposes the contradictions of capitalism, more popular movements are springing up. What is happening in Thailand is also happening in Chile, Indonesia, and Argentina, to name a few. Socialists, particularly those in imperialist countries, must be ready to amplify the international fight against capitalism in all its forms.