Almost ten thousand people took to the streets in protest on Saturday in Dresden, Germany to express their solidarity with refugees coming to Europe, against the growing wave of xenophobia in Germany. 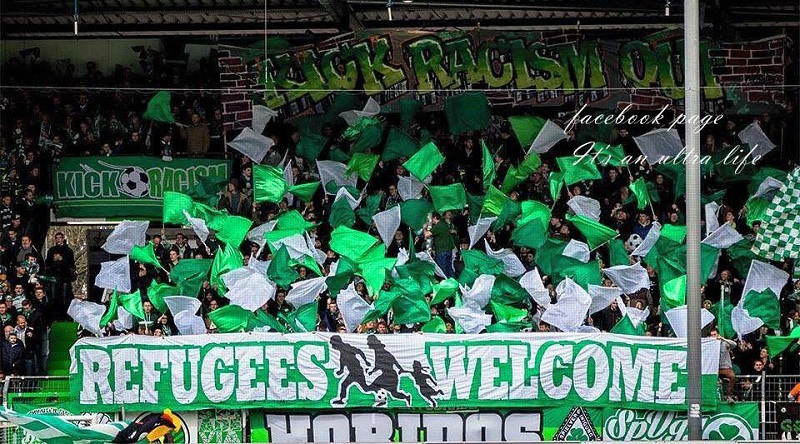 Protesters rallied with the slogans, “No More!” and “Protection for refugees, instead of tolerance for racists!” Not only left activists but also families gathered to welcome the refugees and to protest the violent attacks many immigrant and refugees families have been suffering across Europe.

The protest also criticized the government’s hypocrisy, which time and again had signaled the public’s “legitimate concern” of the massive arrival of immigrants and refugees to the wealthiest country in Europe. It is expected that this number will increase to 800 thousand people during the course of the year.

While Angela Merkel’s government has opposed racist attacks in the name of “respect for laws and humanity”, the same government has launched policies that accept refugees coming from war zones, while at the same time disposing of the rest. All this accompanied by a strongly racist discourse.

The German “social democracy,” apparently in “listening to the concerns” of right-wing demonstrators protesting the arrival of more refugees, has provided a platform for this xenophobic discourse.

Last year, Germany saw the largest democratic movement of refugees and left activists, demanding an end to racist asylum laws, full democratic rights and access to decent jobs for immigrants. Following an ebb in demonstrations due to the intransigence of the State, toward the end of last year, there was a wave of mobilizations of chauvinists and xenophobes.

While right-wing protests diminished, instead, direct attacks on refugee centers were on the rise. Within the last few weeks, one of the “milestones” of these attacks took place in Heidenau (near Dresden), where hundreds of neo-nazis attacked a refugee center for days, throwing bottles and stones at busloads of asylum seekers, shouting, “Foreigners out!”

The protest that took place on August 29 in Dresden could be the start of a new peak in the movement for refugees. This demonstration was also symbolic because Dresden was one of the fortresses of the xenophobic movement, “Pegida,” the previous year.

Last Monday, 20 thousand mobilized with the same objectives in Vienna. The demonstrations come after 71 refugees were found dead in an abandoned truck on an Austrian highway on August 27. This terrible event was just a snapshot of the widescale tragedy of thousands of refugees and migrants who are escaping wars and poverty in Africa, Asia and the Middle East.

According to the U.N. High Commissioner for Refugees (UNHCR), the number of refugees crossing the border between Greece and Macedonia is expected to continue at a rate of around 3 thousand people per day. More than 300 thousand people have crossed the Mediterranean Sea this year, including nearly 181,500 in Greece and 108,500 in Italy.

For the German left, it is paramount to rebuild a mass, democratic movement in solidarity with refugees and in opposition to the repressive response to the “migrant crisis” that is taking center stage in Europe.

This article was based on the previously-published article from La Izquierda Diario: