The Supreme Court’s decision to end the limited eviction moratorium on Thursday reveals once again that the institution does not serve the interests of working people. 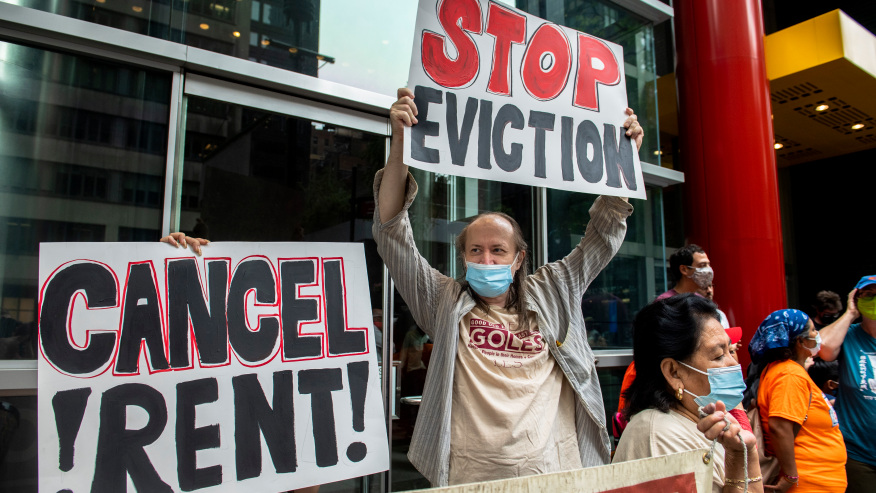 On Thursday, the U.S. Supreme Court overwhelmingly ruled against the Centers for Disease Control and Prevention’s (CDC) most recent extension of the national eviction moratorium passed on August 3. This ruling will leave potentially millions of working class renters without any protections against eviction, particularly in southern states without statewide moratoriums, where the delta variant is still surging.

Despite the potentially catastrophic nature of the decision, the ruling nonetheless had the support of six of the nine Supreme Court justices, offering a stark reminder of just how conservative the court has become and how indifferent it is to the most basic needs of the working class. Only justices Sotomayor, Breyer, and Kagan dissented. The other six justices argued that the CDC had overstepped its bounds and that the provisions of the Public Health Services Act, upon which the extension was based, did not apply to “eviction moratoria, worship limits, nationwide lockdowns, school closures, or vaccine mandates.”

This decision also shows the failure of the Biden administration and both the Democratic and Republican parties to pass congressional legislation extending a national eviction moratorium. The fact that the Democratic Party holds the executive branch and both houses of Congress and yet cannot muster the votes to pass such a basic life saving measure shows where its priorities lie and who it serves.

While some states, such as New York and California, have imposed statewide moratoriums to offer some protections against eviction, renters in many southern states were protected only by the national moratorium. This means, millions of people could be forced to move in with family members, into homeless shelters, or even onto the streets. As the CDC has reported, such living conditions dramatically increase the risk of new infections, especially with the much more contagious delta variant. In fact, of the three states with the most renters behind on payments, Georgia, Mississippi, and South Carolina, not one has a statewide eviction ban. As Forbes reported:

That’s almost one million households that could face eviction if this moratorium is not extended again. Further, most of those who rent and the vast majority of those behind on their rent are often poor working class people of color, who are already faced with circumstances where the risk of infection is highest. For instance, Black renter households, as the Joint Center for Housing studies has shown, “are the most likely to be behind on rent and face eviction,” with Hispanic households facing very similar rates of “likely eviction in the next two months.”

Such a scenario would be terrible for those evicted, but it could also set off another wave of delta variant infections across the country with catastrophic consequences, especially since many of these states also have comparatively low vaccination rates and limited or no mask mandates for schools or public spaces.

And we know that eviction moratoriums work. According to the Legal Aid Society, eviction moratoriums in New York City alone saved the lives of more than 10,000 people during the first Covid wave. And in January, the National Bureau of Economic Research reported that if federal policies to limit evictions had been introduced sooner, we “could have reduced COVID-19 infections by 14.2% and deaths by 40.7%.” That’s more than 250,000 people.

Such numbers, unfathomable just 16 months ago, show where the priorities of the system lie. It’s clear that for the U.S. ruling class, 250,000 deaths is nothing compared to billions of dollars in revenue that landlords earn each year and the ongoing disciplining of working people who are forced to pay the mortgages of the very rich and to forever live under the threat of eviction.

On Thursday, the Supreme Court did what it was designed to do. It upheld the right for the bourgeoisie to be free of restrictions to exploit and accumulate wealth, while simultaneously denying the right to the basic necessities of life for millions of working class families. This is not only reprehensible; it is, by any standards, criminal. To resist such institutions and to end such exploitation must be the final goal of all the concentrated activity of the working class.