On Tuesday, Oregon voted to decriminalize small amounts of drugs and legalize psilocybin for supervised use, while four other states voted to legalize marijuana. The benefits of these measures, however, are completely undercut by the profit motive. Drug production and distribution must be under worker control as part of a broad program of nationalizing health, truly ending criminalization, and providing comprehensive addiction services. 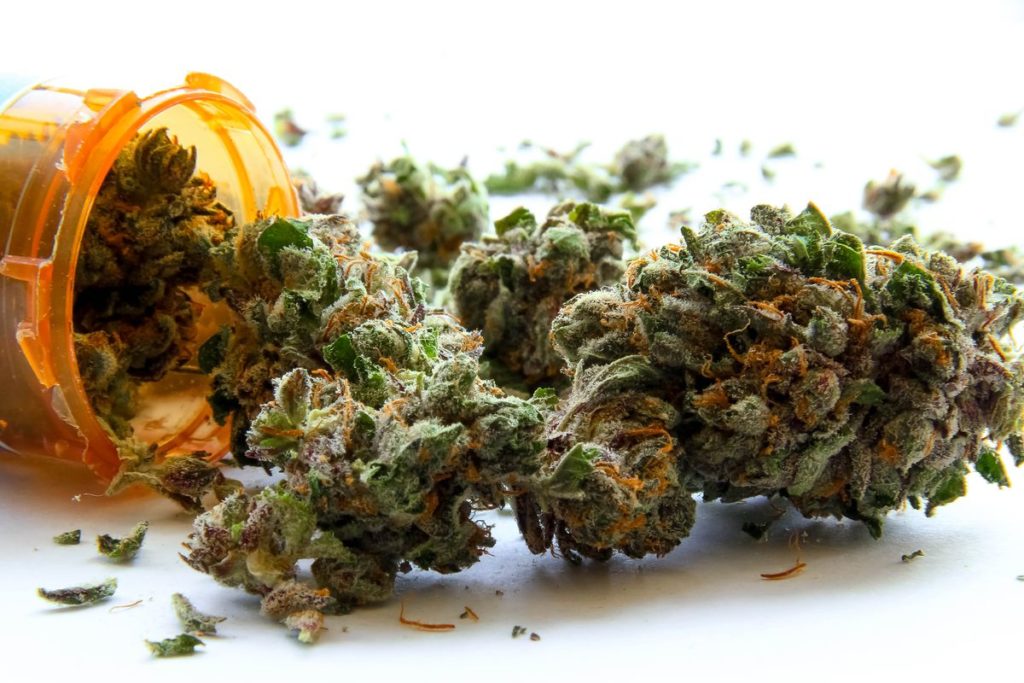 On November 3, Oregonians voted to decriminalize small amounts of drugs like heroin, cocaine and methamphetamine. The new bill, known as measure 110, has three main components:

1) Reducing misdemeanor drug possession to a non-criminal violation on the same level as traffic offense so that people with small amounts of drugs including heroin, cocaine, methamphetamine, ecstasy, LSD, psilocybin (magic mushrooms), methadone, and oxycodone would get a ticket and face a $100 fine or have the option of being screened for a substance abuse disorder.

2) Changing larger-quantity possession from a felony to a misdemeanor.

3) Channeling marijuana tax revenues to addiction recovery centers and to a drug treatment and recovery services fund overseen by the state that could be used to pay for treatment, housing, or other programs designed to address addiction.

In a separate measure, they also voted to legalize psilocybin for people over the age of 21 who pass a screening to access the services for “personal development.” Psilocybin is a compound found in certain types of dried or fresh mushrooms that produces hallucinogenic and euphoric effects, and has been found to reduce feelings of existential anxiety and depression in end-of-life cancer patients. It is also being investigated for its effectiveness in treating a variety of mental health conditions and substance abuse disorders. While it is not exactly clear what “personal development” will entail, psychedelics are gaining a lot of traction for their ability to shift people’s perspectives.

The exact logistics of legalization are under construction, as the measure established a two-year period to work out regulatory details such as what qualifications are required of therapists overseeing its use. Unlike marijuana, under this measure, psilocybin would need to be stored and administered at licensed facilities. For anyone not using the substance under the supervision of a therapist or other licensed facilitator, possessing psilocybin would still be considered illegal, although Measure 110 makes personal possession of a small amount psilocybin a low priority for prosecution. Proponents of this measure hope that this will expand research on the therapeutic effects of psilocybin in treating anxiety, depression, and PTSD, among other conditions.

Meanwhile, Washington D.C. voted to decriminalize psilocybin, passing Initiative 81, the Entheogenic Plant and Fungus Policy Act of 2020 with 76.3 percent of the vote. Unlike Oregon, this does not allow the substance to be used in controlled settings, but does make prosecution of those arrested for psilocybin possession a lower priority for cops.

While these prospects are encouraging, legalization ultimately gives corporations access to new markets. New Approach PAC, a 527 nonprofit organization that supports progressive initiatives, was one of the key funders of both Measure 110 and Initiative 81 as well as many of the marijuana legalization initiatives. Dr. Bronner’s, a soap and cleaning products company, donated $661,000 to New Approach PAC in 2018, and is currently launching a cannabis line called Brother David’s as well as a line of soap bottles labeled “Heal Souls,” which promote psilocybin therapy. While CEO David Bronner extolled the potential for psilocybin to help “process difficult and traumatic emotions and experiences and break destructive patterns of thought and behavior,” this does not change the fact that Dr. Bronner’s has a profit motive to legalize marijuana and psilocybin. When corporations drive the legalization of drugs to expand into potential markets and increase their profits, they perpetuate a system where many people who need access to the drugs will not be able to afford them.

These measures also ultimately still allow for the police to at the very least fine people if they refuse to complete a health assessment. There are a myriad of reasons why someone would not want to complete a substance use disorder assessment or be funneled into treatment, as many treatment centers exist exclusively to generate profits. Substance use treatment in the U.S. is not currently subject to many of the governmental regulations and accountability measures in other areas of health care. For example, treatment facilities often don’t even need to have a single medically licensed professional on staff. Treatment options that have little to no evidence supporting their effectiveness, such as confrontational approaches or equine therapy, are routinely offered over evidence-based approaches like medication, and health outcomes are often not tracked.

Additionally, health assessments do not guarantee access to treatment, and may themselves be harmful. People with untreated mental illness are 16 times more likely to be killed by law enforcement, especially when their behaviors are perceived to be erratic. People with mental health issues may be wary of the police during health assessments, as they so frequently commit violence against people with mental and emotional issues, especially people of color. Decriminalization will reduce drug possession-related arrests, but it will not put an end to racist police violence and murder. And as long as a for-profit healthcare system exists, substance use treatment will be inaccessible to those who need it, undercutting the effectiveness of health screenings.

As many other states across the country have already done, Arizona, New Jersey, South Dakota, and Montana all passed initiatives to legalize marijuana consumption for those over the age of 21. Mississippi and South Dakota also voted to legalize medical marijuana usage. In most of these states, marijuana would be taxed between 15 to 20 percent, and Arizona specified that tax revenues would go toward community college districts, and municipal police, sheriff, and fire departments, among other things. It adds insult to injury that in Arizona, taxes from marijuana sales will fund the very police that have been responsible for the mass incarceration of millions of Black people instead of providing restitution to those who have been arrested and imprisoned for years. None of the passed measures include any provisions regarding people incarcerated on drug possession charges throughout the War on Drugs. At the bare minimum, legalizations should be retroactive, and people charged with selling or possessing newly legalized drugs should be set free and have their charges dropped and cleared from their records. Driver’s licenses, immigration status, financial aid eligibility, access to public housing, and ability to adopt children should also be restored.

This year, the marijuana industry grew by 40 percent, with close to $20 billion in sales. In Michigan alone, the marijuana market is estimated to generate $3 billion per year in sales. Cannabis companies and industry organizations have spent millions on lobbyists in Washington, D.C, and private equity funds are starting to invest in marijuana. In Arizona alone, large cannabis companies paid most of the over $5.46 million to fund Smart and Safe Arizona, the committee behind the ballot initiative.

While legalization of marijuana in these states reflects changing attitudes towards the War on Drugs, ultimately legalization is an opportunity for large corporations to generate profits in new states. Marijuana legalization has led to privatization, and the primarily working-class Black and Latinx folks that work in the informal marijuana economy have been and will continue to be abandoned by the formal one.

The struggle for not just decriminalization, but drug legalization cannot be fought on a state-to-state basis. Racism, corruption, police brutality, and capitalist class interests have deeply shaped the existing drug legislation and will continue to shape future legislation. Legalizing marijuana without releasing people incarcerated on possession charges while sanctioning corporations to generate large amounts of revenue is unacceptable. However, even if all people formerly incarcerated on possession charges were released tomorrow and more diverse, small marijuana businesses were permitted to grow, there would still be problems.

Government regulation of drugs will be insufficient so long as corporate interests and markets dictate the availability and sale of drugs for recreational and/or medical use. Nationalizing drug production and distribution would allow workers to produce and distribute what is most important for them, including safe or relatively safe recreational substances like marijuana. This is the only way to regulate marijuana and other safe recreational drugs in a way that doesn’t ultimately benefit capitalist interests.

The U.S. healthcare system is broken, and its focus on profit margins over human lives isn’t reformable. Nationalizing health-related industries is also critical to changing the landscape of addiction services in the United States. Using taxes to fund addiction recovery centers and a drug treatment and recovery services fund is fine, but it’s insufficient to repair the broken substance use treatment paradigm. The seizure of large pharmaceutical corporations and democratic control by workers that prioritizes health and saving lives would allow us to provide more of the recovery services that have been shown to work, like methadone clinics and nurse-staffed assisted injection sites as opposed to current treatment facilities without medical professionals. This would also pave the way for services like more comprehensive drug education and real harm-reduction programs like clean needle exchange programs. Redistributing vacant apartments to people without homes could help provide some of the long-term support like housing that is essential to breaking the cycle of addiction. The War on Drugs and the opioid epidemic have left lasting scars on Black, Latinx, and working-class communities. Legalization of drugs is somewhat unintuitively one of the steps towards healing these wounds. However, legalization must be accompanied by a program of worker control of a national healthcare infrastructure with comprehensive addiction services to truly end the cycle of drug abuse and criminalization.