Trans Day of Action Brings Hundreds to the Streets 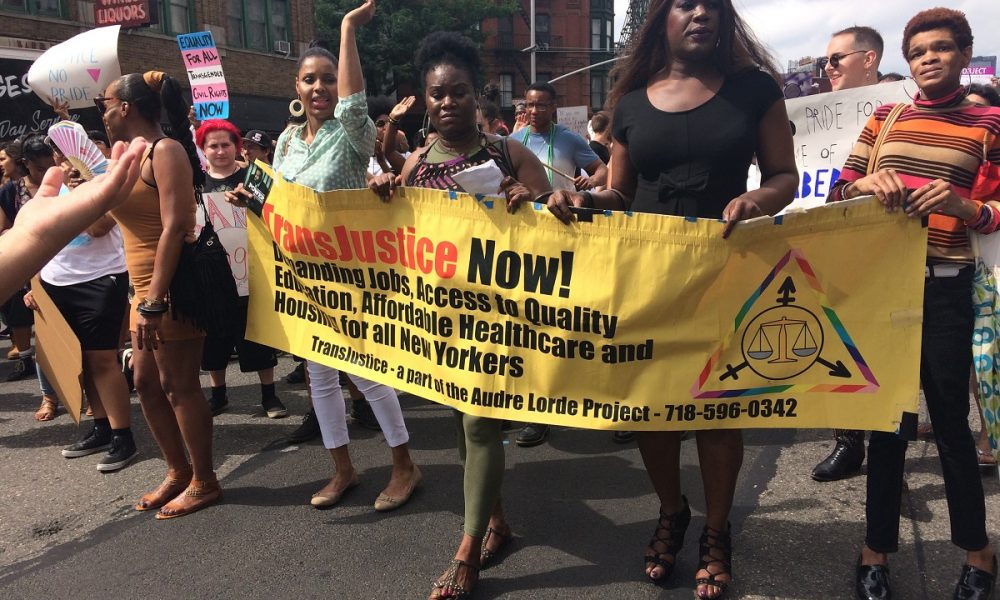 The first day of New York’s Pride weekend began with the Trans Day of Action, which brought together hundreds of people to a rally in Washington Square Park on Friday afternoon. After speakers addressed the crowd, there was protest in the streets. Organized by the Audre Lorde Project, speeches addressed police violence, housing discrimination, mass incarceration and the need to organize to resist violence against the trans community. This was the 13th year of the day of action. 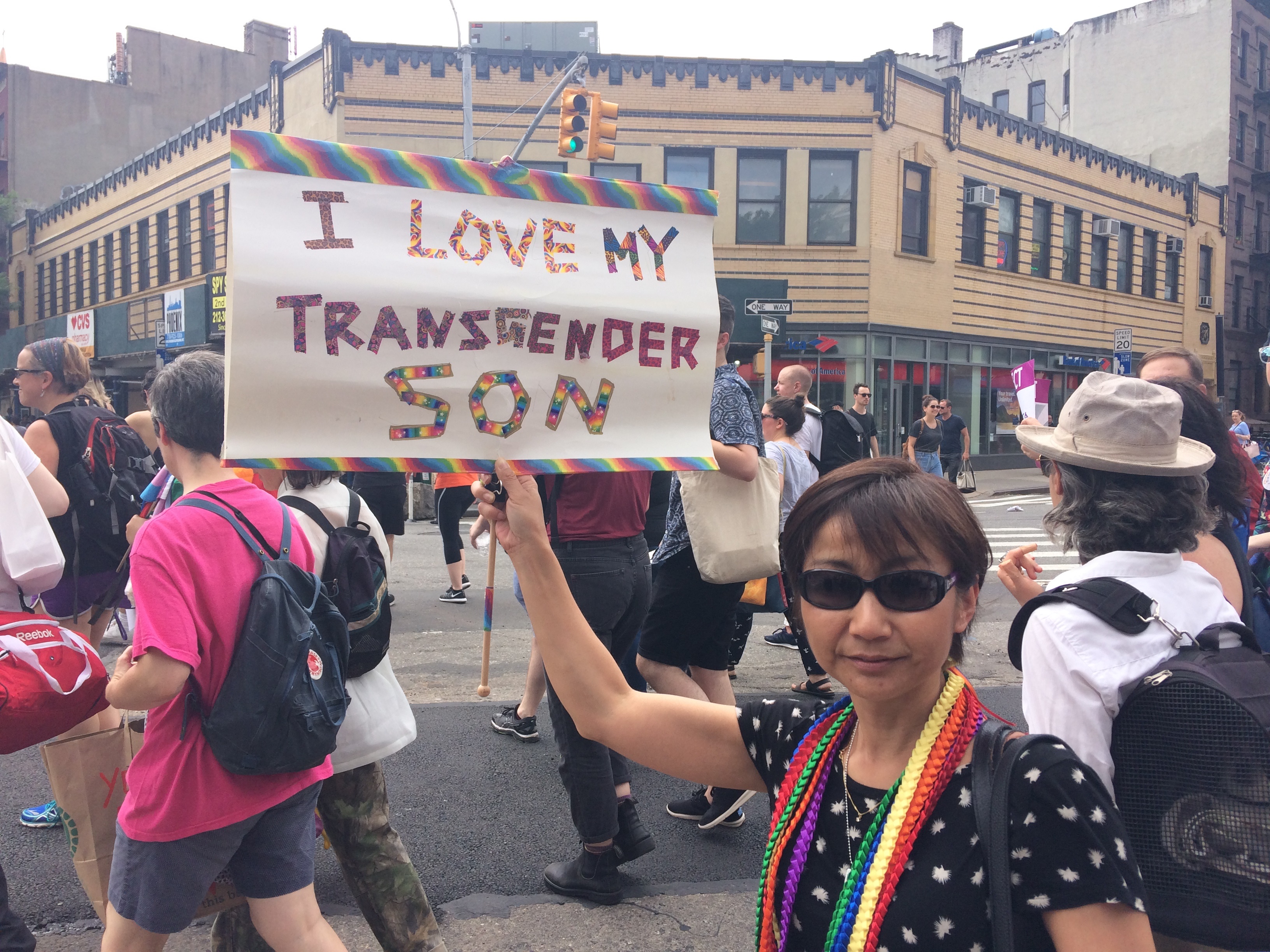 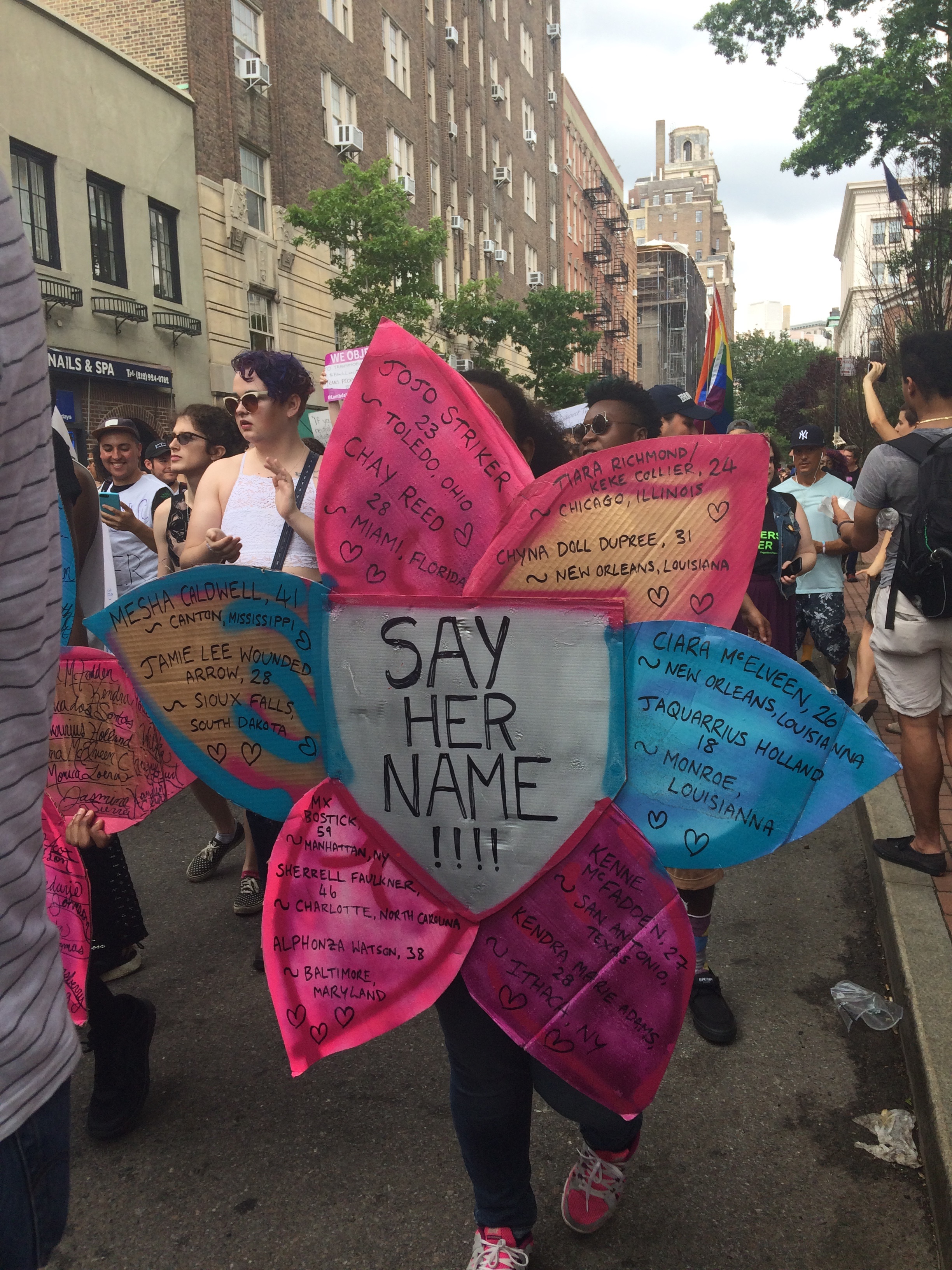 The march was led by trans women of color, holding a sign that demanded access to quality healthcare, education and housing for all New Yorkers. The speakers argued that these rights are not separate to the rights of trans people, but rather integral to the ability of trans people to exist and resist.

The protest made it’s way to Stonewall, where the marchers stopped to chant “Queers don’t deny it, Stonewall was a riot.” 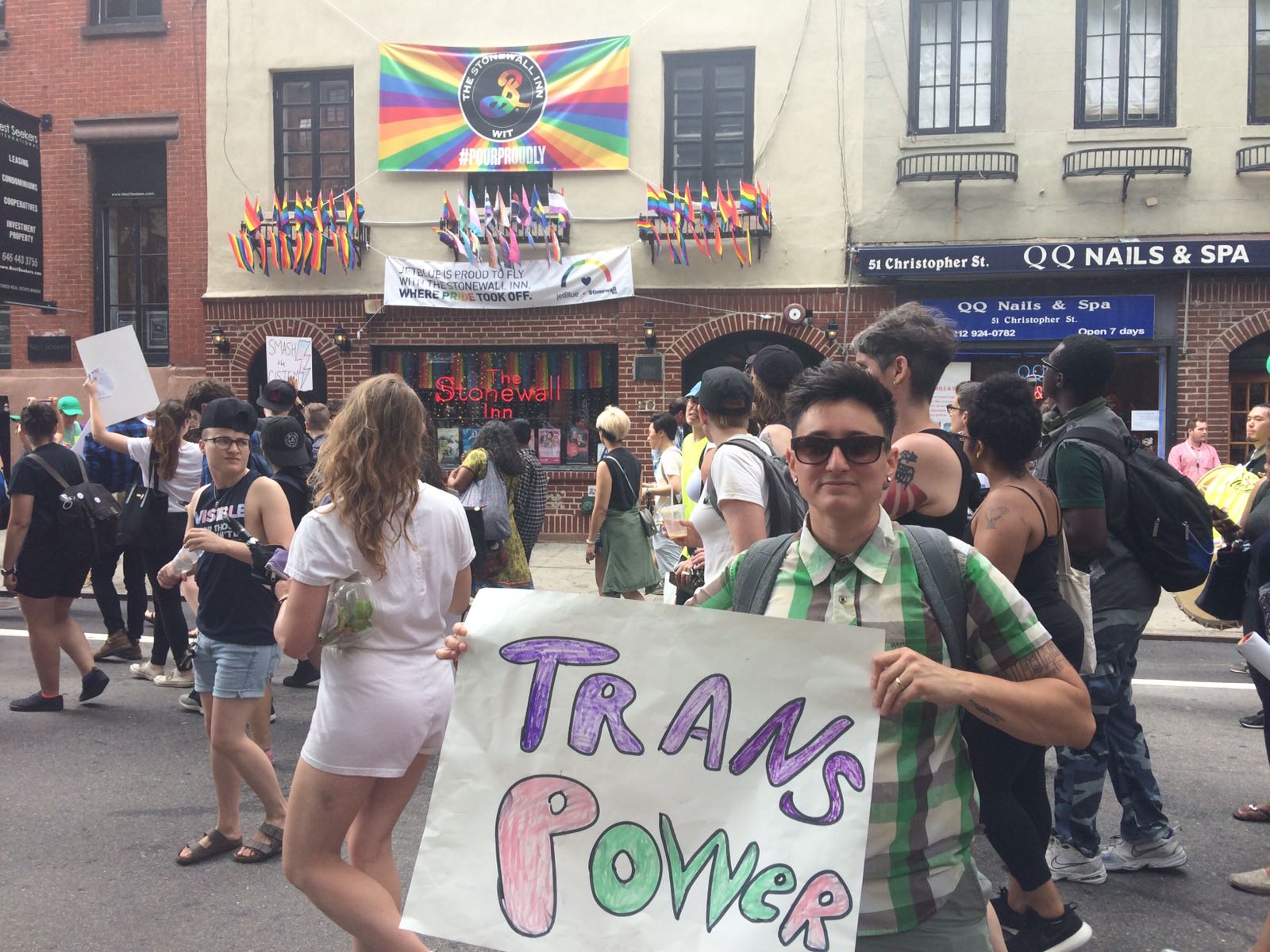 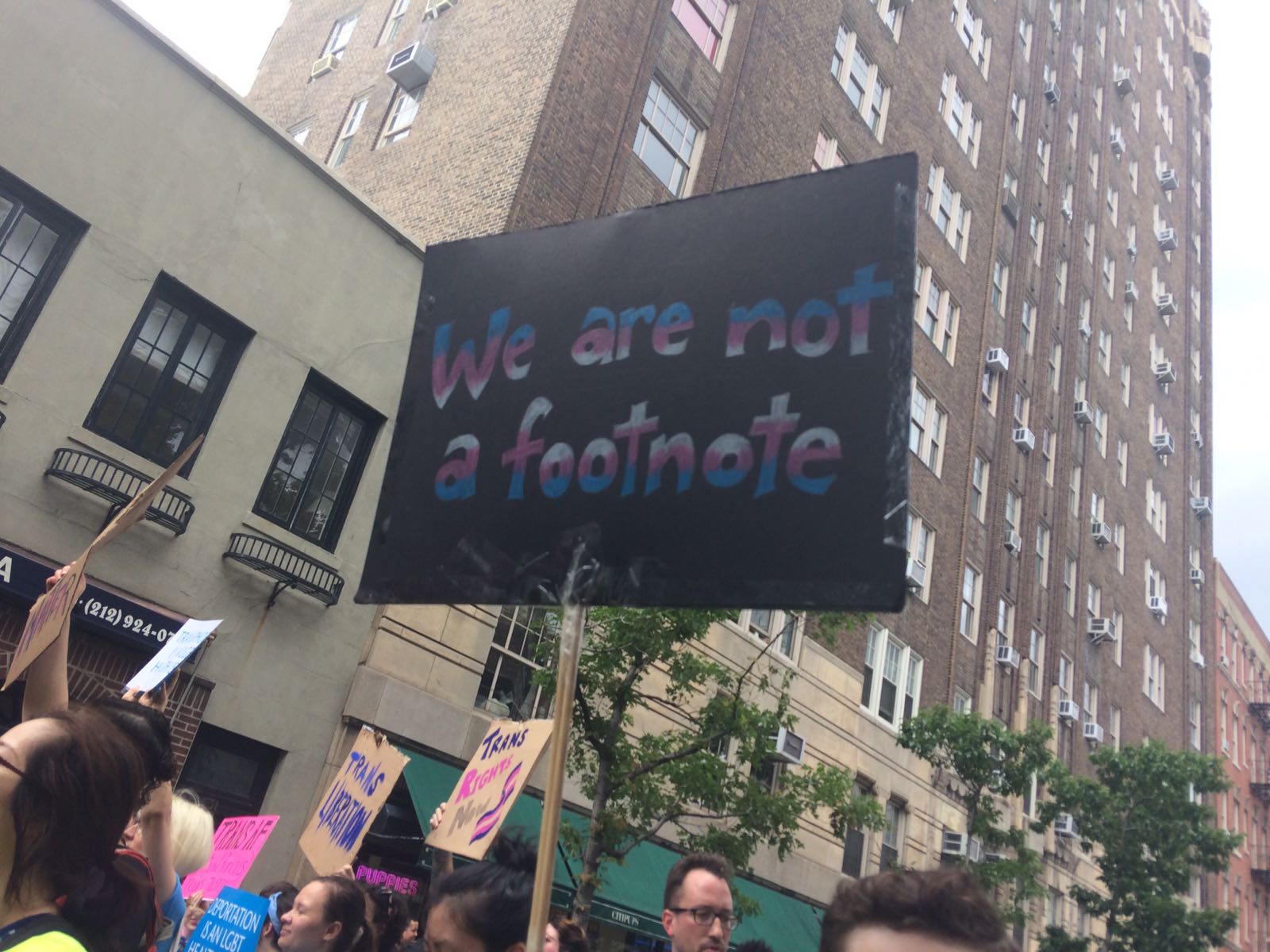 The facebook event reads, “ We live in a time when oppressed peoples including people of color, immigrants, youth and elders, people with disabilities, women, Trans & Gender NonConforming people, and poor people are underserved, face higher levels of discrimination, heightened surveillance and experience increased violence at the hands of the state. We must unite and work together towards dismantling the transphobia, racism, classism, sexism, ageism, ableism, homophobia and xenophobia that permeates our movements for social justice.” 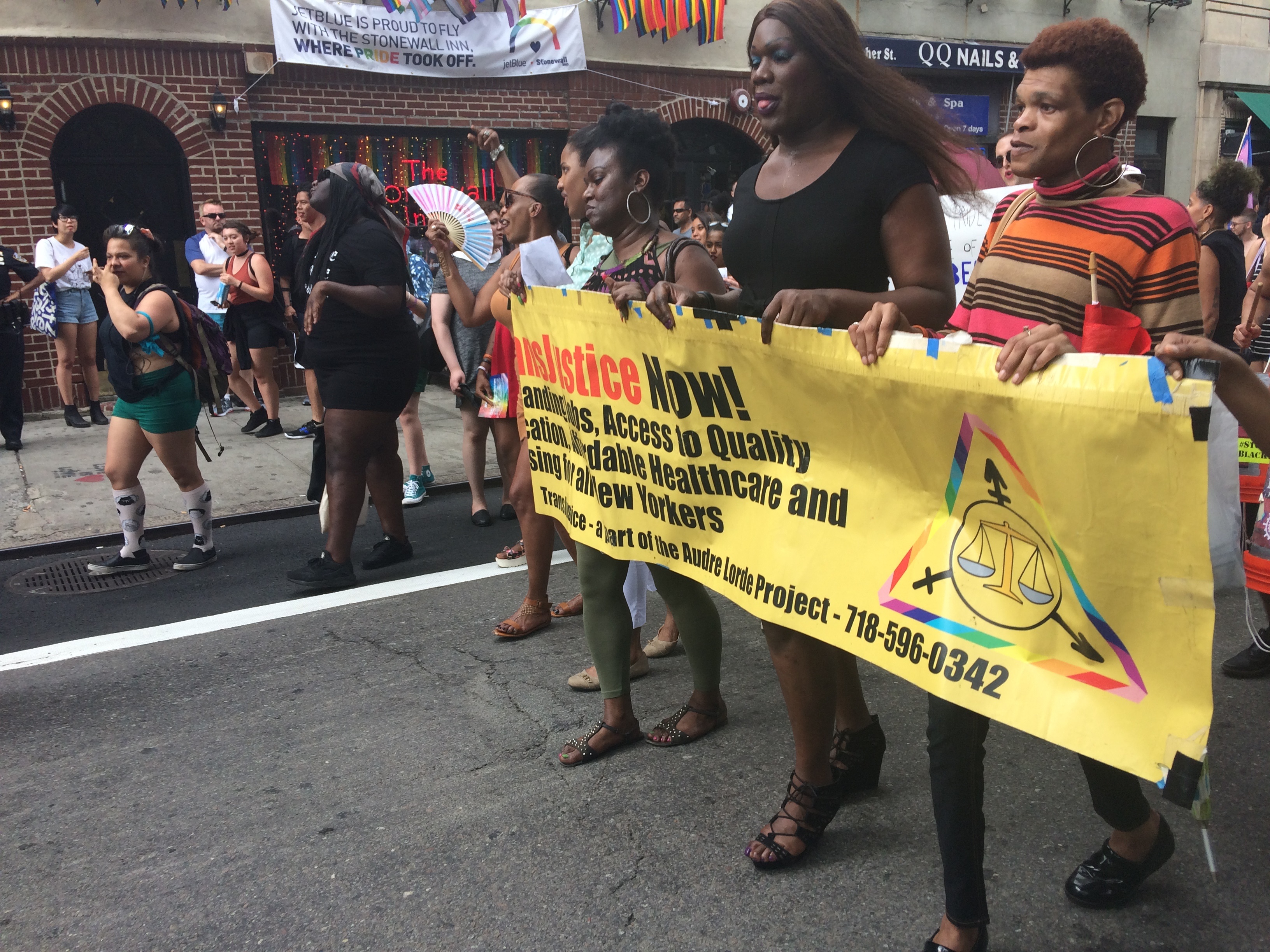 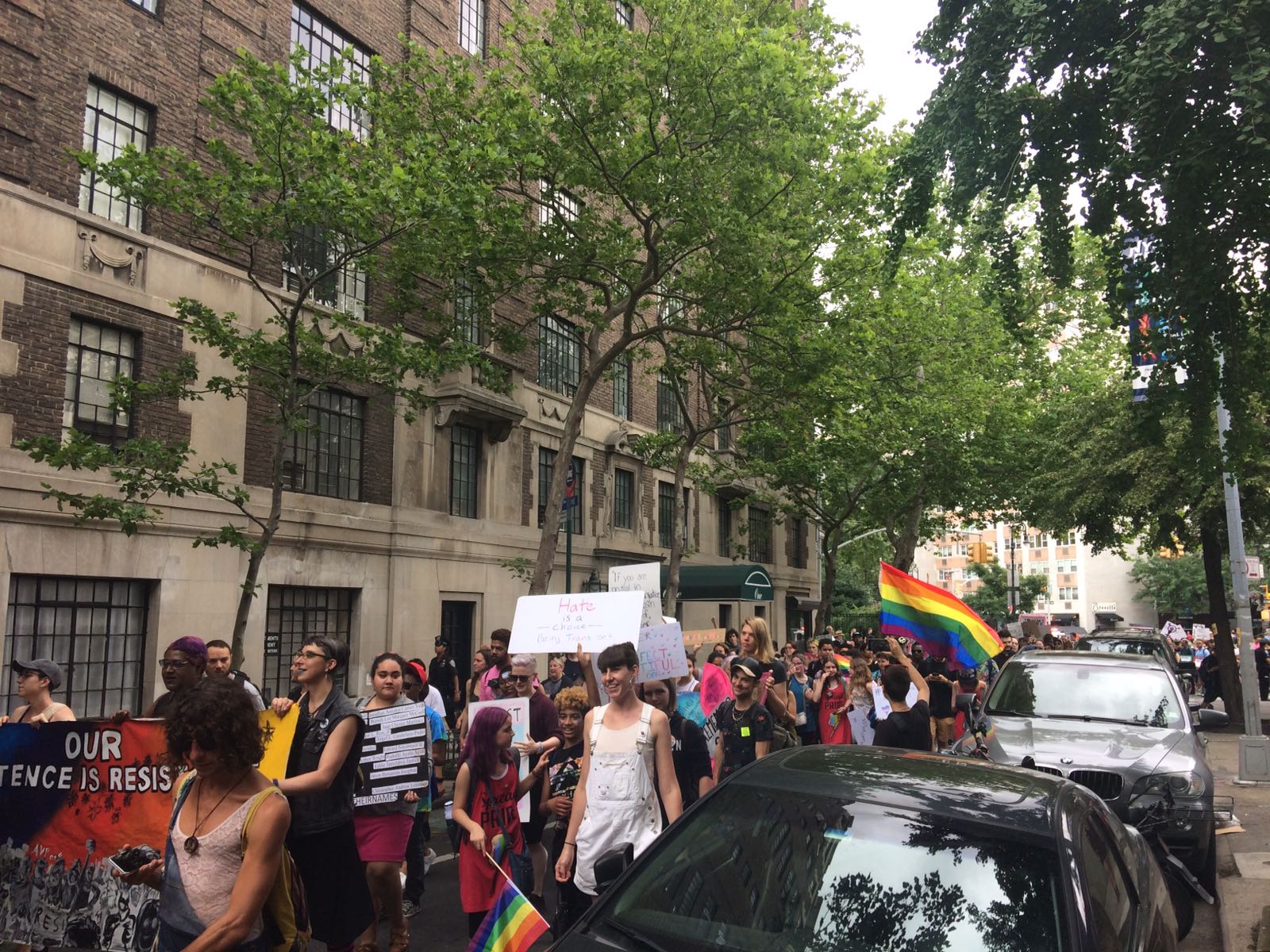 On Saturday, there will the 25th annual dyke march, which leaves from Bryant Park at 5 pm. Sunday is the Pride Parade with over 350 different contingents marching through Manhattan. Sunday is also “The Wetter the Better: Queer NYC Pride at Riis Beach” which is an alternative to an increasingly corporatized pride parade.