On the first day of LGBTQ+ Pride month, Johana Medina Leon died four days after being released from ICE custody. 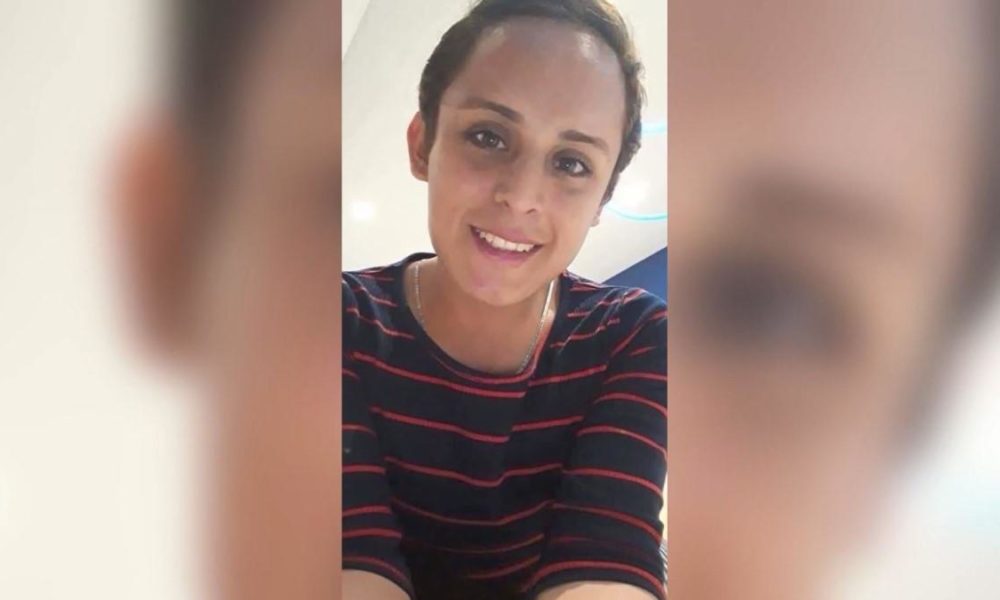 On the first day of LGBTQ+ Pride month, a trans woman died four days after being released from ICE custody, where she had been held for seven weeks. Her name was Johana Medina Leon, and she was just 25 years old. She came to the U.S. from El Salvador in hopes of being granted asylum. Before being detained in the U.S., she spent three months in Ciudad Juárez, Mexico, waiting her turn to request asylum.

Leon presented herself to U.S. Customs and Border Protection at the Paso Del Norte port of entry in El Paso on April 11. Three days after entering the country, she was taken to Otero County Processing Center, a private detention facility for ICE detainees.

She was kept behind bars for a month, where she begged for medical attention that never came.

This comes almost one year to the date of Roxanna Hernandez’s death in ICE custody. Hernandez attempted to come to the U.S. as part of an immigrant caravan that marched, drove, and rode the train to the U.S.-Mexico border to bring attention to the plight of immigrants. As a trans woman born in Honduras, she and other trans people who participated in the caravan were fleeing persecution and violence in their home countries.

For days, Hernandez was held at a U.S. Customs and Border Protection detention center known as the icebox (or la heladera to immigrants) due to the freezing cold temperatures. Immigrants’ rights groups report that the lights were kept on 24 hours a day, and Hernandez, who is HIV positive, did not have access to medical care. She was transferred to the Cibola County Correctional Center in New Mexico where she stayed for one night. The next day, she was in the hospital with signs of pneumonia, dehydration, and “complications associated with HIV.”

The deaths of trans folks in ICE custody did not begin with the Trump administration, as the Democrats might have us believe. During the Obama administration, Victoria Arellano, an HIV positive trans woman from Mexico died in ICE custody, after being denied medical care. She was only 23 years old.

The dangers of detention centers for trans people is well documented. In March of this year, various advocacy groups sent a letter to ICE to demand an investigation into the “rampant sexual harassment, medical neglect, and retaliation against transgender women and gay men” at the Otero County Processing Center, where Medina was held. They claim that LGBTQ+ people are kept in solitary confinement and denied medication, and that there is a culture of silence around the abuse that takes place in this for-profit detention center.

“When the women and men have submitted requests for medical care, including mental health care, they report that Otero takes days, if not weeks, to respond to them,” said the letter written by the ACLU of New Mexico, Las Americas Immigrant Advocacy Center, and the Santa Fe Dreamers Project.

A 20-year-old gay man reported, “During the three months I was detained in Otero, I was repeatedly groped while I slept, asked to perform sexual favors in exchange for food, and verbally insulted by other detainees. When I complained, I was thrown into solitary confinement for five days and threatened with further punishment if I complained again.” Studies show that LGBT immigrants are 97 times more likely to face sexual assault in federal detention centers than the general population.

The abuses in detention centers are not only experienced by LGBTQ+ people. As of last week, at least six, maybe more, young immigrant children have died in ICE custody since September, 2018. These deaths and the deaths are the direct result of an increasingly harsh immigration policy implemented by President Donald Trump, in which increasing numbers of migrants, including as many as 15,000 children, are now being held indefinitely in overcrowded detention centers and open-air facilities that several journalists have compared to “concentration camps.”  900 immigrants are being held in rooms meant for 125. Solidarity confinement, a form of torture, is commonplace. Children have still not been reunited with their parents and are lost in a system that doesn’t give a shit.

Trump’s policies embolden far right vigilante groups, such as the ones who held 1,000 migrants at gunpoint, posting and sharing the video on facebook. Because their actions are in line with Trump’s policies, the police look the other way and only one person has been arrested. In the meantime, Scott Warren faces 20 year in prison for giving migrants water.

Immigrants’ rights are an LGBTQ+ issue. In fact, during the highly publicized 2018 migrant caravan, LGBTQ+ people, draped in rainbow flags, were among the first to reach the U.S.-Mexico border.

Those LGBTQ+ people traveling in the migrant caravan sought to escape the poverty and violence of their home countries in Central America: torn apart by U.S. economic policies, as well as U.S.-supported coups and drug wars. The poverty is worse for LGBTQ+ people, who have a particularly hard time finding a job. La Izquierda Diario interviewed Lorena, a trans woman from El Salvador, who said, “My country is very poor and there are hardly any jobs. I was a sex worker because there were no other options. The economy is very bad. I want a better life for myself. I want to make enough money to live, like everyone here [in this caravan].”

U.S.-supported coups also increased the violence against LGBTQ+ people in places like Honduras. After the 2009 coup, supported by then-President Barack Obama, there have been an average of 30 murders of LGBTQ+ people every year, according to the NGO Cattrachas. Between 1994-2008, this number was two murders a year.

Stonewall Was an Uprising. Fight for Immigrants’ Rights!

This year marks the 50th anniversary of the Stonewall uprising, the birth of a combative movement for LGBTQ+ rights, led primarily by trans women of color. As a result of the uprising, organizations such as the Gay Liberation Front emerged, which spoke out for the rights of LGBTQ+ people, as well as against U.S. imperialism.

Of course, corporations and politicians would have us forget this history, claiming that by lobbying and voting for Democratic party politicians, we can gain rights. The corporations would have us believe that they support us because they cover themselves in rainbows and ask us to purchase their rainbow-covered products. But this co-optation by the capitalists and their politicians is just a reminder that the liberation of LGBTQ+ people is not about representation. And although we fight to change laws, our liberation won’t come by the gradual accumulation of rights. As the Brazilian trans activist Virginia Guitzel says, paraphrasing Lenin, “ equality in law does not mean equality in life. This is because under capitalism, there are no material conditions to eradicate oppression.”