According to reports, Trump is expected to end the DACA program today, putting hundreds of thousands of young people in jeopardy of deportation. The action would reverse a hard-fought gain, however limited, of the immigrant community and would represent one of the worst attacks on this community in decades. 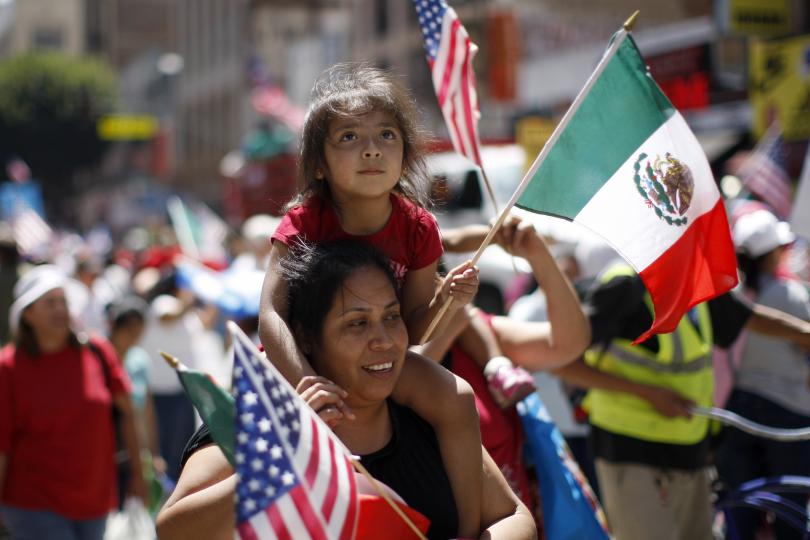 After his recent successes in passing a ban on Muslim immigration and transgender people in the military, Trump is now expected to take his most draconian action yet. According to Politico, today the White House will announce its plans to end the Deferred Action for Childhood Arrivals program, known as DACA, throwing the lives of hundreds of thousands of immigrants into disarray and uncertainty.

Ending DACA means Trump will revoke the temporary legal status of the estimated 800,000 young people currently enrolled in the program, with a six-month delay on enforcement.

If carried out, close to one million young immigrants will be forced back into the margins of society, without work permits or even limited legal status. One major and legitimate fear is that existing program enrollees have already given over tax returns, home addresses, and personal identification to the state — information which ICE and law enforcement could potentially access to target them for detention and deportation.

In removing the established legal status, however limited, of hundreds of thousands of people, Trump’s action will be ranked alongside the Mexican Repatriation Act of the 1930s and the detentions of Japanese-Americans during WWII as among the most reactionary and nativist immigration measures carried out by any president in the past 100 years.

How DACA was won

DACA was originally a concession to immigrant communities who led massive mobilizations in defense of their democratic rights in 2006. Millions of immigrants took to the streets across the country to fight new repressive legislation like HR 4437, the so-called Sensenbrenner bill. The bill would have criminalized undocumented immigrants as well as those who “knowingly aid or assist” immigrants, including humanitarian aid workers and public school teachers — subjecting people to five-year mandatory minimum sentences. In response to the bill, a pro-immigrant march in March 2006 attracted over half million people in Los Angeles alone. Over a million people in cities across the country marched a few months later on May Day, including walkouts at high schools, freeway takeovers and people missing work to march.

Immigrant families also began to fight back against the skyrocketing number of detentions and deportations carried out by ICE since 9/11.

Obama, who took office in 2009, only escalated the pace of deportations. His administration oversaw a devastating 2.5 million removals between 2009 to 2015, including a record 419,384 in 2012. These deportations were made possible by an expansion and empowerment of ICE under the Patriot Act, including a ballooning of the agency’s budget under the Obama administration.

According to The Nation , ”The budget for immigration enforcement grew 300 percent from the resources given at the time of its founding under Bush to $18 billion annually [under Obama], more than all other federal law-enforcement agencies’ budget combined.”

Since 2010, immigrants have been leading massive marches and civil disobedience actions calling for an immigration reform plan that would offer a path to citizenship for all undocumented immigrants — a plan Democrats made only half-hearted attempts at passing. Younger immigrants were particularly active in these struggles. In response to this new wave of mobilizations, Obama implemented DACA by executive order in 2012.

The DACA guidelines granted ‘Dreamers’, or children of immigrants who arrived in the U.S. without papers, renewable two-year work permits and the ability to apply for driver’s licenses, open bank accounts, and live their lives without the fear of deportation.

No promise of citizenship was granted under DACA, and the protections could be revoked for criminal convictions and certain types of arrests. Nor were these protections extended to their family members, leaving many families in danger of permanent separation.

Obama’s additionally proposed DAPA program of 2014, which would have protected immigrant parents of citizens and permanent residents (a program later nullified by the Supreme Court), would have covered less than half of all undocumented immigrants living in the U.S. When Obama left office, an estimated 11 million immigrants still had no official legal status.

How DACA was lost

Trump initially wavered on ending DACA, with unpredictable and contradictory statements. He included in his presidential campaign the promise to end the program as part of his infamous 10-point immigration plan. Trump’s unapologetically racist, anti-immigrant rhetoric on the campaign trail, together with the Muslim ban, his proposed border wall, and his pardon of Joe Arpaio fully suggested that DACA would be ended, to the delight of his white supremacist, “alt-right” base. This base, represented by figures like Steve Bannon and Richard Spencer, revels in demonizing immigrants while harking back to a false nativist, white supremacist, and European-origin myth of the U.S.

After initially threatening to shut down DACA as soon as possible, Trump then delayed a decision and tweeted that he thought Dreamers were “terrific.” At a press conference in February, he pledged to “deal with DACA with heart.”, giving himself months to make a final announcement on the program.

However, Trump’s sham claim of compassion and consternation cannot mask his pointed policies, decisions and statements that have continued to build and support a racist and xenophobic agenda.

Trump’s decision to announce a verdict on the policy today was also largely due to pressure by a coalition of conservative Republican Attorneys General from nine states who issued a September 5th ultimatum to the president, demanding he rescind Obama’s order by that date, or they would sue the federal government on the constitutionality of DACA.

Splits in the Republican Party are once again revealing themselves in responses to DACA. House Speaker Paul Ryan stated that he wanted any regulation of DACA to go through Congress and urged Trump not to rescind the guidelines. Republican senators like Orrin Hatch have also voiced opposition to reversing DACA.

Meanwhile, Attorney General Jeff Sessions, an important link to Trump’s “alt-right” base who is known for his rabid anti-immigrant views, pushed for DACA to be ended immediately. Far right and white supremacist publications like Breitbart are sure to be encouraged by the news as well. These divisions do not point to moral disagreements, or “humane” vs. an “inhumane” wing of the party, but rather disagreements over the best ways to continue to profit from immigrant labor.

The limits of the Democrats’ solutions

We must not lose sight of the role that Democrats played in paving the way for Trump’s deportations and anti-immigrant program. As the aforementioned Nation article points out, ICE would never have been able to carry out the number of deportations it does today were it not for the generous support offered by Obama. And despite holding both houses of Congress and the White House from 2009-2010, Democrats were unwilling to pass immigration measures that would have granted citizenship to the undocumented. Unlike DACA, citizenship would have been irrevocable, at least under the Constitution, by Trump and the Republicans.

DACA was an important gain won by the immigrant movement, but it was woefully short of what these communities needed. In fact, DACA has not stopped deportations under Trump, with several cases of ICE going after DACA recipients. Among the examples are 23-year-old Juan Manuel Montes of California, who had lived in the U.S. since he was 9 and was recently deported to Mexico, or 20-year-old Juan Infante-Campos, who was brought to the country when he was 2 and is now in deportation proceedings.

Democratic mayors and city councils have focused their efforts on establishing “sanctuary city” policies. However, ICE raids and detentions have continued despite sanctuary status in many of these cities. There are even reports that Trump may be specifically targeting the cities. In February, ICE led a raid in the city of Austin, during which 51 people were detained. Raids have also taken place in New York, Los Angeles, Chicago and dozens of other sanctuary cities.

DACA, and more importantly, the young people directly affected by its overturn, must be defended. The policy came out of hard-fought struggles of undocumented youth, workers, activists and students, who put their safety on the line in order to win its passage. However, workers and the Left must not only defend DACA, but must demand full citizenship rights for all immigrants, regardless of age, country of origin, or other criteria. While we fight for the young people who will lose their protections under the program, we also know these policies create second-class citizenship to large layers of the population.

Capitalists prefer semi-permanent programs like DACA or TPS for immigrants as opposed to full citizenship proposals. The vulnerability of immigrants and their fear of deportation is used to force immigrant workers to accept lower wages, more dangerous jobs, and greater flexibilization, thereby reducing labor costs and increasing profits. Capital also uses “illegal” status to combat unionization, thereby attacking the wages of all workers, foreign and native-born.

Over the last week, several protests and rallies have taken place in defence of the program across the country. These have included the bold actions of DACA recipients who have placed themselves at the frontlines of protests. Several Dreamers were arrested alongside activists at a sit-in outside the White House mid-August.

More actions are planned, including calls for public school walkouts in Denver by immigrant groups. The city’s immigrant community, which includes at least 17,000 recipients of the program, will be among those particularly hard-hit by Trump’s announcement. The public school system was the first in the country to recruit DACA recipients to become teachers.

We should support these walkouts and actions with all our strength. Unions across the country must also take up the cause of immigrant workers and organize strikes and workplace actions against deportations. We must also put forward a strong alternative program which includes the demands of citizenship for all immigrants, an end to the border wall, an end to the Muslim ban, and an end to the racist and reactionary ICE. This show of solidarity will be important, not only for the victories of immigrant workers, but for those of all workers, who will only benefit from greater unity among their class as they confront Trump’s attacks.