Trump Hides Behind Criticism of China

U.S. President Donald Trump’s mishandling of the coronavirus outbreak has created a national crisis and cost countless lives. Instead of taking responsibility, Trump is using xenophobic and racist arguments to shift the blame to China. 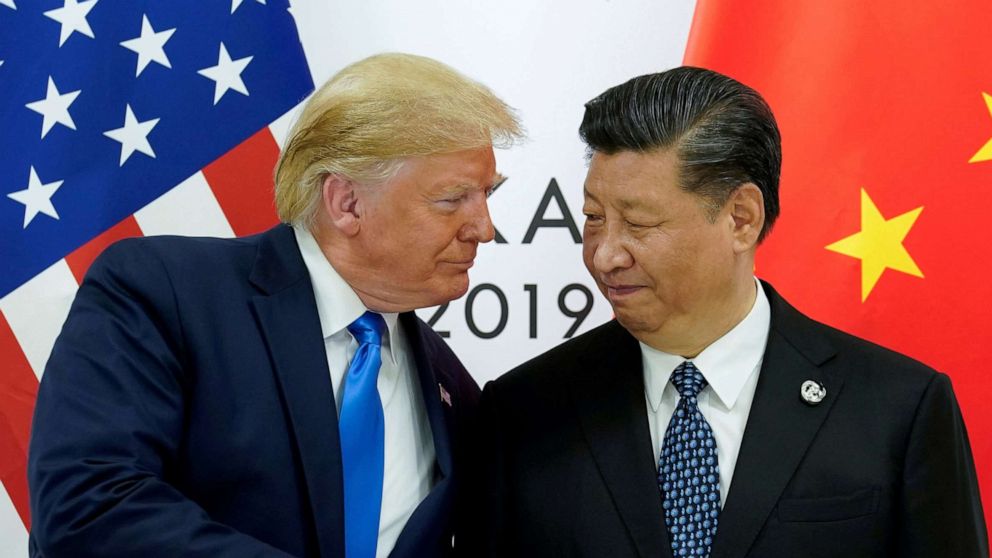 Members of the general public and the medical community alike were outraged last week after U.S. President Donald Trump proposed drinking bleach as a method to combat the coronavirus. This outrageous and dangerous suggestion is just the lastest in a long line of conflicting, unscientific, and irresponsible statements on the coronavirus from Trump and his White House. From calling it a hoax for weeks to supporting early re-openings to refusing to release necessary medical resources to the states, Trump has made this crisis worse at every turn.

Information has come to light that shows that Trump had been warned about the dangers of the Covid-19 outbreak in early January by advisors, including through a memo that warned that “500,000 American souls” could die of the coronavirus. After top U.S. Government health officials created a plan to slow the spread in early February, Trump instead appointed Vice President Mike Pence, a man with no health care experience who as governor of Indiana, was responsible for an outbreak of HIV due to his disastrous health policies, to deal with the response. Trump then proceeded to wait an additional three weeks before beginning to recommend  any meaningful measures to limit the impact of the virus, which by that point had already been spreading widely.

Capitalists profits are, and always has been, Trump’s only concern. Reporting shows that health officials  had to compete with economic advisors to get Trump to take action.  While the President regularly postponed meetings with health officials, he called in the heads of private equity firms to discuss what measures should be put in place to combat the coronavirus crisis. Steven Mnuchin, Trump’s Treasury Secretary, argued against social distancing protocols because they would hurt the economy and Trump listened. Now, he’s making moves towards a potentially dangerous re-opening of the country, which will be absolutely devastating to the working class who will be forced to return to work in unsafe conditions. Trump and his allies want us to die for Wall Street. This was made explicitly clear when Dan Patrick, the Lieutenant Governor of Texas and a Trump supporter, said on Fox News that there “are more important things than living” in response to criticism about Texas re-opening. The message here is clear: They don’t care if we die, so long as capital is protected.

Unsurprisingly, Trump is not taking responsibility for his mishandling of the crisis but  is, instead, mounting a campaign to shift the blame away from the ruling elite’s inability to address the crisis to blaming China. A recently leaked memo sent to Republicans running for Congress instructs them to make their campaigns focused on attacking China. The strategy of “pivot to China” is already being put into practice by Trump and his cronies. Trump and others continually refer to the coronavirus as the “Chinese Virus” in a plain-faced attempt to stoke racial animosity among Trump’s base and Fox News is reporting a conspiracy theory that the coronavirus was created in a lab in China. While there are legitimate ciritutes of the Chinese government’s manipulation of statistics and their political persecution against scientists and population, the U.S. government is entirely responsible for the erratic pandemic response that has decimated the poor and working class.

While it is sadly not unexpected that Trump would use racism and xenophobia to bolster his falling public support, it is notable that this strategy is being put into place at a time when hate crimes against Asian and Asian-American people are on the rise. Trump is proving, once again, that he has no answers for any of the issues facing the world today. Instead, he is relying on a strategy of weaponizing racism and white resentment to win re-election by sending out thinly-veiled messages to this base, such as tweets banning immigration and supporting the far-right protesters who are demanding the reopening of the economy.

Trump’s general election opponent, Joe Biden, is also leaning into racism and xenophobia. His campaign recently released an ad which plays on anti-Chinese racism to attack Trump for “rolling over for the Chinese.” Biden, as another friend to capital, also lacks meaningful answers to the problems of the coronavirus. He’s opposed to Medicare for All, supports corporate bailouts, and, like Trump, is also hyper-focused on re-opening the economy. Trump and Biden are, in many ways, two sides of the same coin. Neither have any solutions to the current crisis and both have proven that they are willing to sacrifice the global working class for the interests of capital.

The answers to this crisis, then, lay not with bourgeois politicians but with the working class. Since the beginning of this crisis, workers have organized across the country to resist poor working conditions and demand protective equipment. Through sickouts, protests, and wildcat strikes frontline workers are showing us a way forward: We must organize together as workers to resist the forces of capital and fight for a better future. The twin crises of coronavirus and economic collapse were created by capitalists and their political allies, like Donald Trump. Capitalism cannot deal with the crises that it creates so we must defeat the system of capitalism. Donald Trump wants to use racism to divide the working class to obscure his own failures to address the coronavirus crisis but it has been made clear that Trump, Biden, and the rest of the political establishment have no answers for the working class. We need to stand in solidarity with frontline workers who are fighting and make a party of our own that can be as combative as the working class. Capitalism must be overthrown and only the working class can do it.