The State Department has once again labelled Cuba a “non cooperative” state. Although this is clearly a cynical political ploy by Trump to bolster his ratings going into the 2020 elections, it could nonetheless have dire consequences for the working people of Cuba who are already suffering under a decades-long embargo. 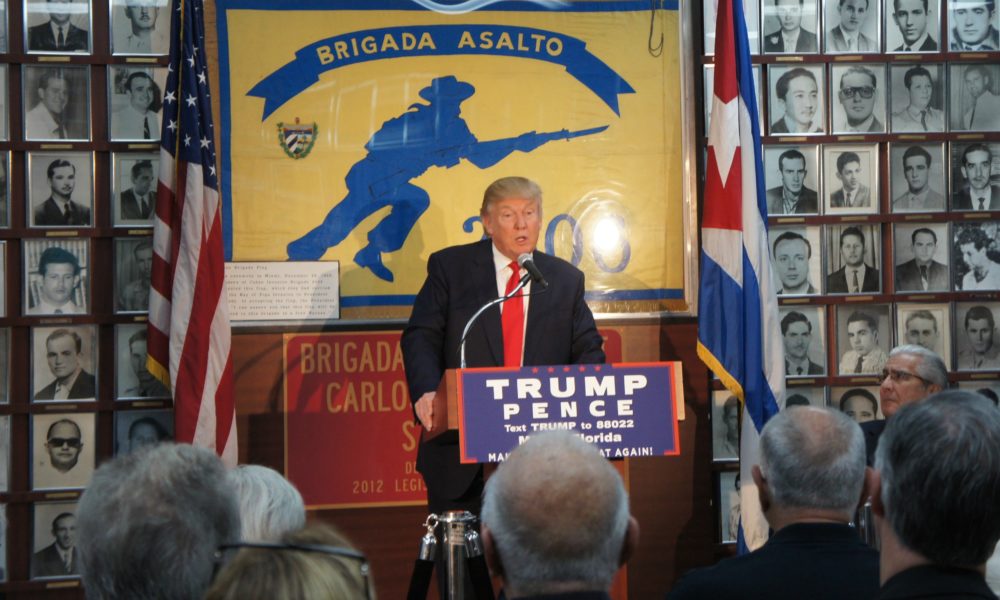 The U.S. State Department announced last week that it had listed Cuba as a country that “does not fully cooperate” with the United States in the fight against terrorism. Just days after the failed mercenary incursion against Venezuela, the United States has blacklisted Cuba, saying it does not fully cooperate with U.S. counter-terrorism. Cuba joins the ranks of other countries with whom the U.S. has escalated tensions including: Venezuela, Iran, Syria and North Korea.

As a result, it is illegal for the United States to sell arms to the island. This is the first year since 2015 that Cuba has been certified as “not fully cooperating” with the United States as established in the U.S. Arms Export Control Act. The island had been removed from the U.S. government’s list of states sponsoring terrorism under the Obama administration in 2015, but that ended with Trump’s arrival to the White House.

In practical terms, the impact of the measure is inconsequential. The island has endured a U.S. embargo since 1962, which was never lifted and has resulted in major economic losses for the country. The nefarious embargo has prevented the shipment of food and medicine to the island, in an attempt to starve the Cuban people out. This could certainly be considered a crime against humanity. For instance, just a few weeks ago, in the midst of the Covid-19 pandemic, the United States halted the delivery of medical supplies that Cuba had purchased from European companies.

Although the measure is symbolic, the political implications of this newest U.S. action is significant and dangerous to Cuba, as it demonstrates a willingness to escalate tensions with the island in the midst of the pandemic. Seen within the broader context of the 2020 elections and Trump’s falling poll numbers, it is clear that this new position is a political ploy to win right-wing votes and to take a hard stance line against those countries, including Venezuela, that Trump has dubbed “communist dictatorships.” It represents another shift to have a harder stance in the region against not only Cuba, but Venezuela as well. For several months now, the White House has been threatening to list Cuba as a state sponsor of terrorism, and although the administration has not clarified its position on this matter, this recent announcement seems to be a step in that direction.

The United States is arguing that Cuba has failed to cooperate in extradition proceedings with the Colombian government. The State Department said:

“Citing peace negotiation protocols, Cuba refused Colombia’s request to extradite ten ELN leaders living in Havana after the group claimed responsibility for the January 2019 bombing of a Bogota police academy that killed 22 people and injured more than 60 others.”

“As the United States maintains an enduring security partnership with Colombia and shares with Colombia the important counter-terrorism objective of combating organizations like the ELN, Cuba’s refusal to productively engage with the Colombian government demonstrates that it is not cooperating with U.S. work to support Colombia’s efforts.”

This is an openly extortive move to pressure the Cuban government into handing over representatives who were participating in peace negotiations. It’s an unlawful argument that violates the protocols established by the parties before the negotiations began. Furthermore, it’s an illegitimate argument that fails to hold up to the slightest scrutiny, considering the consequences of the “peace agreement” reached in 2016 with the former FARC forces, after which hundreds of former members have faced cowardly executions.

The Response by Havana

For its part, the Cuban government has rejected the measure, saying “Cuba is a victim of terrorism. There is a long history of terrorist acts committed by the U.S. government against Cuba,” said Carlos Fernández de Cossío, the Director of Cuba’s Ministry of Foreign Affairs. de Cossío also denounced “the complicity of U.S. authorities with individuals and organizations that have organized, financed and executed such actions from U.S. territory.” This was a reference to hundreds of various attacks of the most diverse nature (such as the hijacking of aircraft, assassination plans against Cuban leaders, and bombings) that have been perpetrated (and in many cases even acknowledged) inside and outside of Cuba by anti-Castro groups financed by the White House since the revolution.

The cynicism of the U.S. State Department and administration knows no bounds. They make accusations of terrorism against countries with governments that oppose them politically, while spreading war and destruction across the globe. The U.S. has bombed civilian populations, invaded sovereign territories, overthrown governments by orchestrating coups d’etats, set up clandestine jails where prisoners are tortured, carried out illegal assassinations, and is responsible for a vast array of war crimes, including those perpetrated in Vietnam and Hiroshima, to name only two of the most well-known.

The cynical measure taken by the State Department is an opportunity to take a closer look at the most reactionary “organizations” of Cuban émigrés. For years these so-called exiles have exerted political pressure to strain relations with Cuba to the greatest extent possible and to attack the island country relentlessly in exchange for funding from the White House and the settlement in the U.S. of thousands of anti-Cuban right-wingers, particularly in Florida.

In response to the State Department’s decision, John Suarez of the Center for a Free Cuba stated that the measure is a “step in the right direction” that puts “the Cuban regime in its place.” Suarez added that “the dictatorship in Cuba has a long history of sponsoring and committing to terrorism” and that the measure “is a message to the regime that it must improve its behavior or it will be added back to the list of state sponsors of terrorism, like North Korea in 2017.”

The Cuban Resistance Assembly (CRA), another group of right-wing Cuban émigrés, also supported the State Department’s decision. According to Orlando Gutiérrez Boronat, National Secretary of the Cuban Democratic Directorate, an organization that is part of the Assembly, the measure “put in its place a dictatorship that is terrorist in nature and that has always been an accomplice to terrorists and acts of terrorism since its inception.”

“We support the State Department’s certification listing the communist dictatorship of Cuba as an accomplice to international terrorism,” said Ismael Hernández, of the National Directorate of the Frank País November 30 Movement. Incidentally, this is an unusual name for an organization that aims to turn Cuban society back more than 60 years, to when it was practically a U.S. colony. Frank País was a Cuban hero, who at the age of 23 was the leader of the July 26 Movement in the city of Santiago de Cuba and a martyr in the struggle against the bloody dictatorship of Fulgencio Batista.

Although the State Department’s increasing hostility toward Cuba has a lot to do with domestic politics and the 2020 election, the implications for the working people of Cuba could be dire if these hostilities escalate. This is why it is imperative for working people everywhere to denounce these provocations and to stand against all such forms of U.S. imperialism and interference abroad.