Trump is the New Leader of the Empire

Donald Trump has taken office as President of the primary imperialist world power. Massive protests and demonstrations of opposition are taking place and will continue on Saturday at the Women’s Marches across the country. 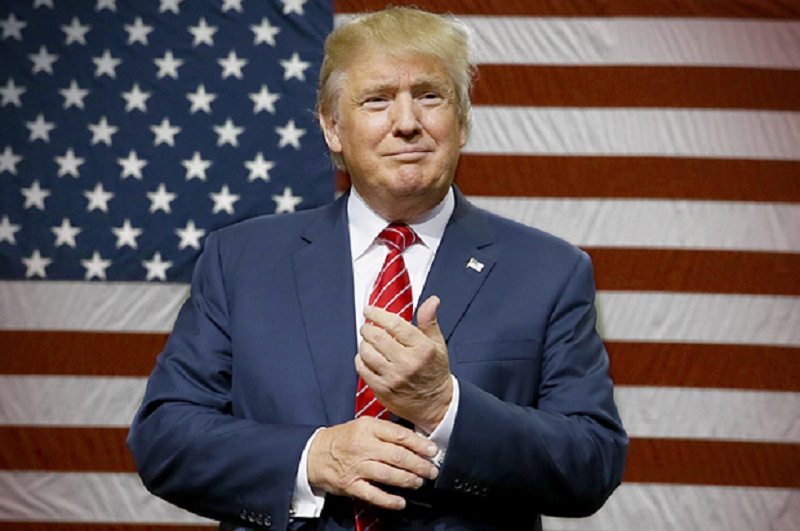 Finally, the day has come when Donald Trump, the xenophobic and misogynistic tycoon, is sworn in as President of the main imperialist world power. With a ceremony in Washington and several events throughout the day, Trump has now become the 45th President of the United States. It has not been a peaceful accession. From the moment he took office, Trump has been surrounded by protests and demonstrations that will continue on Saturday, when a massive Women’s March is expected to place in the capital and other big cities throughout the country.
The Women’s March organizers announced that they have already raised 1.5 million dollars and are expecting 200,000 people from all over the country to participate in the demonstration on Saturday, January 21, in Washington.

Protests against Trump are also expected to take place in at least 57 countries, one of the most important of which will take place in Mexico. The country south of the U.S. border has been shaken by a series of massive demonstrations against recent increases in gas prices and Peña Nieto’s discredited administration and is preparing to protest against the swearing-in of the multimillionaire who has vowed to deport millions of Mexicans, build a border wall, and implement protectionist policies that are already having an impact Mexico’s economy.

A Cabinet of Millionaires and Ultra Conservatives

Another one of highlights of the day is the formal presentation of the cabinet that will govern with the multimillionaire from New York.

Although Donald Trump won the election based on anti-establishment rhetoric aimed at the millions of workers who have seen a steep decline in their living conditions due to the effects of globalization, his cabinet clearly indicates that he will not govern in their interest. Many of the key positions will be occupied by millionaires like him, bankers, or businessmen linked to the finance world.
In addition to these designations, Trump has tapped ultraconservative candidates for leading social, healthcare, justice, and education positions. Among them are members of the Tea Party, the extreme right of the Republican Party, anti-abortion activists, racists linked to white supremacist groups, climate change deniers, and staunch advocates of the privatization of healthcare and education.

This combination of conservatives and businessmen has allowed Trump to bridge the divide between his team and the Republican Party which had distanced itself from the President elect during the final stage of his campaign. This operation is crucial for his administration, since the Republicans have a majority in both the Senate and the House from which they have attempted and will continue to attempt to limit any policies that reach beyond what the establishment is willing to tolerate in terms of isolationism and foreign and domestic policy. In fact, some of these designated officials have already backed away from Trump’s most outrageous rhetoric during their Senate confirmation hearings at which their designations to the cabinet are to be approved or rejected. 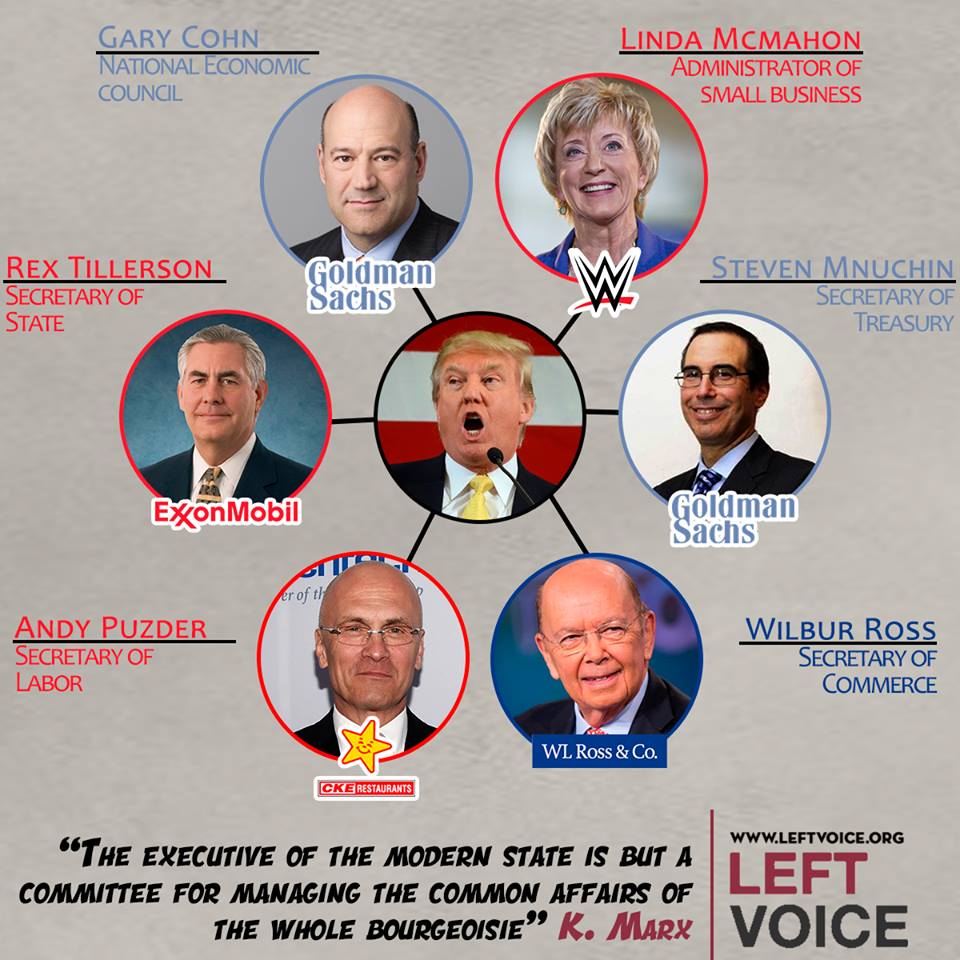 Today will also be marked by Obama’s departure from office. As the day of the inauguration drew near, an increasingly intense campaign was carried out to present him as the most progressive President in history. His arrival at the White House was based on the expectation for hope change and he will be leaving Washington with an approval rate of over 50%. However, his legacy includes a rise in part time and temporary work, increased racial tensions, trade wars, and an intensification of the crisis in Syria and Iraq.

One of his last measures was the commutation of the sentences of political prisoners, like those of Puerto Rican Independence activist López Rivera and Chelsea Manning who leaked documents to Wikileaks. With this he commuted more sentences than any US president before him, but this is not the only record he broke. He also surpassed all previous Presidents in immigrant deportations and drone attacks and will leave the White House without having fulfilled his campaign promise to close the military prison at Guantanamo Bay.

In the past few weeks, Trump has caused increased tensions with China, put down NATO, confronted Germany, and repeated his vow to build a wall on the Mexican border and deport millions of undocumented immigrants. However, it is still difficult to tell how many of his campaign promises and recently announced outrageous plans will be put into place. After denunciations by the CIA and Congress, he was forced to reluctantly admit that Russia was behind the hacking of the Democratic Party’s accounts and distance himself from some of his statements in favor of a nuclear arms race. Everything seems to indicate that he will have to negotiate with domestic and foreign stakeholders in order to implement some of his policies.

What is certain is that his political, xenophobic, racist, and misogynistic statements have earned him the hatred of millions of people, many of whom will be taking to the streets beginning today in the United States. Thousands will be protesting along with activists from the social movements that have forcefully emerged on the national stage in the past few years. Among them are activists involved in Black Lives Matter and the Fight for 15 , Latinos fighting against deportations, and environmentalists fighting alongside Native American peoples against the construction of a gas pipeline in North Dakota, in addition to the possible emergence of a women’s movement.

This convergence of activists, social movements, and youth is a promising sign for the start of a resistance against Trump’s presidency. The challenge they face is to build a movement that is independent from the Democrats, who — as Obama and Hillary have already promised — will do everything they can to ensure the success of Trump’s presidency. Even Bernie Sanders has said that he’d be willing to work with the multimillionaire.

The “lesser evil” strategy has proven to be completely ineffective in stopping the advance of the right. This valuable lesson should strengthen the political independence of left movements and turn the resistance against Trump into a first step in the direction of political independence for the working class. The 1 % already has its own party, with a Democratic wing and a Republican wing. It is time for those who are taking to the streets today to build their own alternative- an alternative of the working class.