The start of Trump’s presidency has been nothing short of chaos. National orders followed closely by counter-orders, erratic foreign policies, and the early resignations from a cabinet still under construction contradict Trump’s emphatic declarations that the new administration is running like a “fine-tuned machine.” 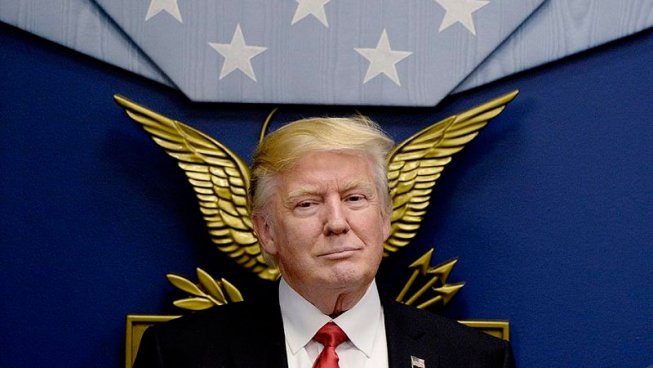 The start of Trump’s presidency has been nothing short of chaos. National orders followed closely by counter-orders, erratic foreign policies, and the early resignations from a cabinet still under construction contradict Trump’s emphatic declarations that the new administration is running like a “fine-tuned machine.”

Trump’s White House is not in order. In fact, it has become the setting for a struggle within the ruling class and the US state apparatus — a struggle with uncertain dimensions and potential outcomes. It is true that one month is too brief a period to precisely define the course of a presidential term, but it may be a taste of what’s to come.

In political terms, Trump leads a weak bonapartist government. This is generally the case with governments that emerge as a result of unprecedented social and political polarization and that do not have the strength required to build a new internal consensus.

The president’s hyperactivity during the first few weeks has resulted in a state of perpetual fiasco– a fiasco that becomes evident to everyone as the days go by. As this text will explore, for now, Trump is a president who overplays his role as a ‘maverick’ while at the same time is subject to state and corporate powers which force him to retreat when they perceive that his excesses could affect their interests. This dynamic undermines the authority that he is attempting to consolidate.

Among Trump’s failed attempts, there are two that stand out:

The first is the Federal Court’s rejection of the Executive Order banning citizens of seven muslim-majority countries from entering the US. The Court’s ruling are concurrent with the interests of Silicon Valley and liberal corporate media that have come to stand-in at the political and ideological head of the “anti-Trump” front while the Democratic Party licks wounds left open after Hillary Clinton’s defeat.

The other important failure of the Trump administration was the forced resignation of Trump’s National Security Advisor, Michael T. Flynn, who most directly represented the policy of strengthening ties with Russia — a policy that the president has been expressing with gestures and politically incorrect tweets since he was a presidential candidate. This resignation was followed by the voluntary withdrawal of Andrew Puzder, the fast food CEO who had been nominated for Labor Secretary. On the left, his confirmation would likely unleash protests from the Fight for 15 campaign. From the right, his ambiguous position on immigration, which is different from Trump’s hard-line attacks on immigrants, created uncertainty that the Republicans would line up to back his appointment. The fast food sector, of course, is notorious for exploiting immigrant labor. Furthermore, he faced domestic violence allegations after a 1990 Oprah video emerged of Puzder’s former wife, Lisa Fierstein discussing abuse. She has since retracted the accusation, but the damage was done. Puzder would surely face a wave of opposition from women’s rights advocates. All of this ended up convincing this businessman that the best option would be to withdraw his nomination.

The “Flynn affair” is undoubtedly the hardest hit taken, so far, by Donald Trump’s sui generis Republican administration. This crisis involves the so-called “deep state” – that conglomerate of federal agencies, spies, and military personnel, whose rivalries have led to several scandals.

For example, it is an open secret that as Director of the Defense Intelligence Agency under Obama, Michael Flynn boycotted the official US policy of “arming the rebels” in Syria to overthrow Assad’s regime, executed by the CIA in agreement with Turkey, Qatar, and Saudi Arabia. A sector of the Pentagon wants to make a deal with Russia to bolster the “war against the Islamic State” for which they indirectly shared military intelligence with the Syrian regime.

It was no surprise, then, that the leaked information to the press revealed conversations between Flynn and the Russian ambassador in the United States. The still prospective National Security Advisor discussed how to reduce the impact of the sanctions against Russia that had been recently put in place by Obama.

Another likely realm of internal conflict is the economy. The same big corporations that supported Hillary have been responding to Trump’s administration from the very unoriginal position of taking what benefits them – the tax cuts, labor, financial and environmental deregulation and anti-union practices – and opposing what is contrary to their interests– anti-globalization policies.

However, it would be wrong to assume that American big capital has a homogeneous position. The financial capitalists assured that their interests would be represented in the Treasury by former Goldman Sachs Executive Vice President, Steve Mnuchin. The oil and mining companies (and other interests linked to traditional energies) are also close to the Trump government, with Rex Tillerson, a former ExxonMobil CEO as Secretary of State.

The automobile companies have taken on a more cautious position based on the consideration that, for now, Trump’s “protectionism” is negotiable and that, in exchange for minor concessions such as maintaining a few hundred jobs, they could obtain significant gains. We have seen several companies, like Ford and Carrier maintain jobs in the US in return for benefits.

The most resolute bourgeois opposition against Trump seems to be concentrated in Silicon Valley. These companies may benefit in the short run, but strategically they are on a collision course with the Trump administration, since they are the main beneficiaries of the outsourcing of production to China and other areas of cheap labor. They also benefit from the employment visa system that allows them to hire very skilled labor at a low cost.

The President has made it clear that the status quo is over and that from now on, the world will have to deal with a more protectionist US. In this context of general uncertainty, a more aggressive trade policy can be expected. This implies, for example, replacing multilateral trade agreements with bilateral trade blocks to allow for a more forceful position in order to gain more qualitative advantages for US capital that those resulting from “leading” the (neo)liberal order. This objectively places China in the first line of fire, but also includes allies and partners like Japan, Germany and Mexico.

But beyond the trade-related component of foreign policy, it is clear that the president does not have an overarching strategy. His Russia-friendly statements indicate a significant shift away from the policy of hostility sustained by Republican and Democratic administrations of the past few decades. However, the concrete ways these statements will play out in foreign policy is still unclear. Some analysts speculate that his closeness to Russia is a short term strategy and is fundamentally aimed at trying to simultaneously resolve the situation in Syria and break the alliance between Russia and Iran. Others, however, believe that it is a strategic change with the goal of reversing the relationship created by Nixon in the early 1970s of allying with with China against Russia, with the aim of separating Russia from China.

In any case, the Flynn incident shows the great internal resistance that Trump will face if he continues his Russia- friendly policies.

In spite of Trump’s crude verbal unilateralism (for example, considering NATO obsolete), for now his strategy does not seem to be to withdraw from the US’s agreements and alliance systems (NATO, etc.) but to renegotiate their financing and responsibilities, which are now largely borne by the United States.

The method of threatening and then retreating without receiving anything in exchange, which Trump attempted with China, does not seem suitable for reversing US hegemony in decline. This tactically explosive policy with no clear strategic content is increasing tensions and instability worldwide and may lead to trade and even military conflicts of great magnitude.

Trump’s government is undoubtedly a bourgeois and anti-worker administration. But the weaknesses inherent in the Trump government preclude its consolidation as a “Cesarist resolution” to the crisis. If he advances with his anti-globalization policies further than what is beneficial to US capital, the possibility of his removal cannot be ruled out. Although this hypothesis is premature, it should come as no surprise that since day one of his administration, certain Republican sectors, such as the one led by the Koch brothers, have been working to limit Trump’s power and to build an alternative leadership. The liberal media is also circulating the idea of an impeachment as a possible emergency resolution.

What is most encouraging for those of us who fight to end the capitalist system is that these divisions in the ruling class have led to an increase in grassroots mobilization. The working class have allies in the women who poured into Washington and other major cities on January 21, in the millions of young people who voted for a left alternative in Sanders, in those who have been organizing against Trump’s anti-immigrant policies and in the exploited and oppressed throughout the world, including Mexican workers who are fighting against Trump and the current imperialist offensive. The Democratic Party is already attempting to capitalize on this discontent, as it has done throughout its history. In opposition to this, we must promote a pro-worker, anti-imperialist and anti-capitalist resolution to the crisis.