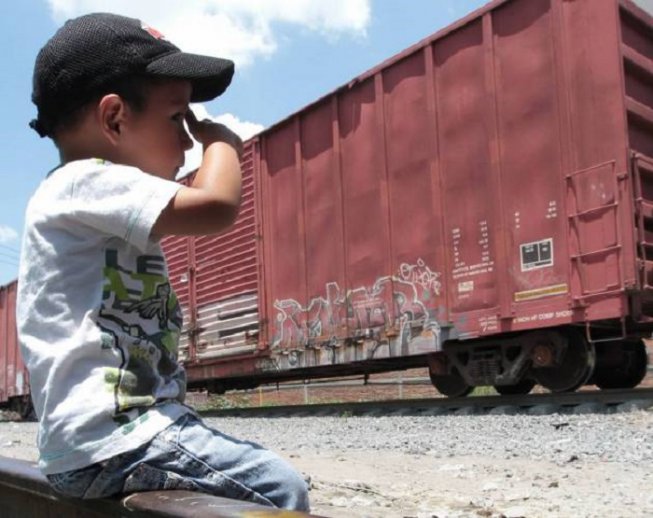 Borders Open for Trade and Closed for People

Unrestricted capital mobility in search of profits on one hand and US imposed restrictive labor mobility on the other have led to an extreme situation for broad sectors of the Mexican working class.

The proliferation of migration into the US and the persistence of the economic crisis that broke out in 2008, the imperialist bourgeoisies, now lead by President elect Donald Trump, have tightened anti-immigration laws. At the same they have spouted profoundly racist rhetoric aimed at blaming undocumented workers for the effects of the economic crisis and the unemployment faced by the working class of their own countries, stoking xenophobia among the exploited and oppressed.

Behind the racist policies of the federal and local governments in the United States is the need to regulate the entry of illegal immigrants according to labor market conditions. Migrant workers, both in Europe and in the United States, are an essential resource for these imperialist economies, due to the kind of work they do and the branches of production in which they operate. As a result, migration regulations are subject to the interests of the bosses, who in certain sectors benefit from employing workers without having to comply with strict labor regulations that would be required on hiring locals. This allows them to pay substandard wages in each country, with no benefits and no social security. In imperialist countries, immigrants are second-class citizens with only one right: to be hyper exploited, doing the riskiest and most arduous jobs.

The widespread migration phenomenon is a structural characteristic of contemporary capitalism, part of the new international division of labor that was established in the past thirty years. The struggle of millions of workers, their rights is now, more than ever, closely linked to the struggle of the international proletariat against the capitalism system of neoliberalism. Neoliberalism has clearly begun to show its decline eight years after the outbreak of the most severe global financial crisis since 1929, condemning the majority of the world’s population to destitution and poverty.

Dying on the Border

Mexico is the top exporter of cheap labor in all of Latin America. Globally, it comes second only to India and, more recently, Saudi Arabia. An estimated 12 million Mexicans are migrants and work in the United States.

According to several emigrant and human rights organizations, 70% of migrants are young males, between the ages of 20 and 35. These young men come from both rural areas and major cities. The remaining 30% is composed of young women between the ages of 15 and 30. In the past few years, there has been a dramatic rise in the migration of minors. According to the YMCA in Tijuana and the Desert Youth Hostel in Mexicali, there has been an increase of up to 200% in the arrival of emigrant minors in the past few years. These have been the main victims of the deportation under the Obama administration.

The Northern border crossing can be fatal. Most emigrants have to pay “polleros” (people that transport migrants from Mexico to the United States), who in many cases end up abandoning migrants, leaving them to fend for themselves, without water or food. The Sasabe Desert, the Naco-Douglas stretch or the margins of the Rio Bravo are sites where, year after year, hundreds of migrants die from dehydration, lack of food or heat stroke. Countless migrants are transported in trailers and then abandoned half-way to their destination. According to data from the Coalición Pro Defensa del Migrante A.C. (Coalition for the Defense of Migrants),from 1994 to 2008, 5,000 people died attempting to cross the border– 36% from dehydration, 19.4% by drowning, 8% as a result of car accidents and the rest – a harrowing 40%– were murdered or have disappeared.

They are also subject to the persecution of the border police and at the mercy of organized crime. Women in many cases experience sexual abuse and are triply extorted by “polleros,” policemen and authorities.

While Mexican migrants are exposed to all kinds of abuse and possibly death on the way to cross the border, Central American workers have to go through an even longer and more dangerous journey through Mexico. They often fail to reach the Northern border because they are kidnapped, the women by sex trafficking networks and, in general, by drug trafficking gangs or border authorities.

Upon reaching US territory, if they manage to overcome this set of adversities, they have to face the minute men and other racist groups. There are almost 2,000 cases of murders of undocumented Mexicans, most likely by anti-immigrant hate groups. The perpetrators of which remain unpunished. According to the Southern Poverty Law Center, there are over 800 anti-immigrant hate groups throughout the country and their number has grown in recent weeks, emboldened by Trump’s triumph.

According to a US census, the population of Mexican origin by birth or descent has reached 25 million, constituting the sizeable majority of the approximately 50 million Hispanics living in the United States. An estimated six to ten billion dollars was sent by these workers to their countries of origin during the years prior to the current economic crisis – the third source of foreign currency in Mexico after oil exports and Tourism.

They mostly work at the most low-paying jobs in the United States, with no benefits or social security. The labor markets of US construction and agriculture are primarily composed of immigrants, 85% of whom are Mexicans and, the rest, Central Americans. They are employed for the riskiest and most strenuous jobs, such as those of guards in New York restaurants or seafood production workers in Maryland, where companies hire women from the coast of Veracruz. 250,000 of these Mexicans are indigenous workers from Puebla, Hidalgo, Michoacán and Oaxaca, who are also exposed to racism and xenophobia.

Obama’s government did not improve living conditions for immigrants’. On the contrary, all the policies implemented by previous administrations were maintained, including the construction of a wall between Mexico and the United States began under “Operation Gatekeeper”.

This Operation was envisioned during Bill Clinton’s first term, as NAFTA was put in place. Also called “Operation Death” by many human rights organizations, its main purpose is the construction of a border wall; a high-tech triple barrier that was first set up on the border between Tijuana and San Diego. The barrier includes motion sensors, night vision equipment and motion detectors and is monitored by the border police.

During 2005 and 2006, the US Congress approved 698 and 370-mile extensions, respectively. According to several human rights organizations, since it was set up, 3,000 immigrants have died attempting to cross the border. In addition, 50 anti-immigrant state laws operate throughout the United States.

Following Trump’s victory, it is increasingly likely that stricter reactionary anti-immigration policies will be put in place – including the imminent danger of the deportations announced by Trump.

The protests of young people against deportations that took place in several cities have been encouraging and it is essential that the anti-Trump rallies planned for January, 2017, on both sides of the border, echo the rallying cry of immigrant workers against deportations and racism and for all their rights to be recognized and embraced by the entire US working class.