The first 100 days of the Trump administration were marked by attacks to women’s rights, attempts to co-opt feminism by Ivanka Trump and a new feminist resistance. 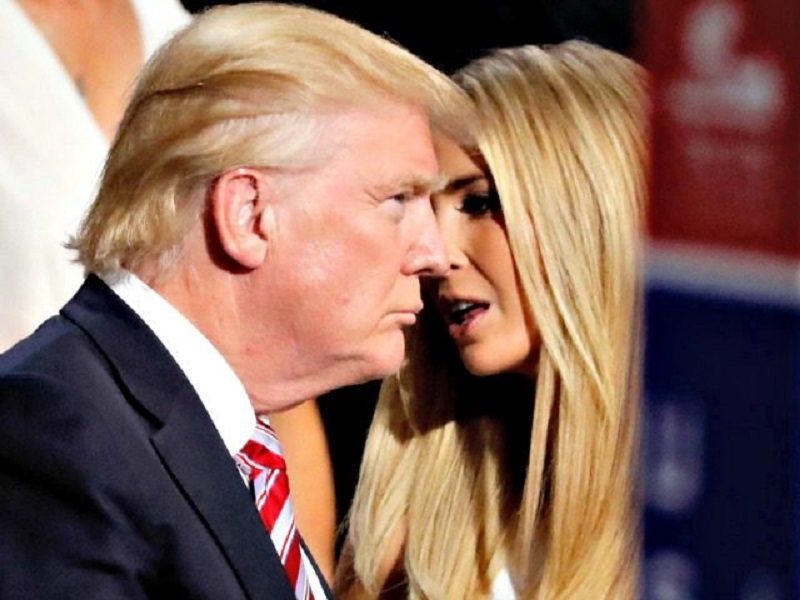 Image From The Conservative Tree House

100 days down, 1,360 days of the Trump Presidency to go. His electoral run was beset by controversy — particularly the infamous “pussy grabbing video” which earned him the place of the most openly sexist candidate in recent US history.

The first day of Trump’s Presidency was marked by the largest protest in recent US history, the historic Women’s March on Washington, and the first 100 days of his presidency brought a flurry of misogynist policy implementations and women’s resistance. Perhaps the most curious development of the first 100 days has been the administration’s recent attempt to demonstrate that they are, in fact, supporters of women’s rights.

What Trump has done

Trump’s developing track record on women’s rights is as dismal as expected. On the fourth day of his presidency, he brought back the “gag rule” that bars health organizations abroad from receiving federal funds from the US if they so much as mention abortion as a valid method of family planning. The policy, established by Reagan in 1984, has been supported by every Republican and rescinded by every Democrat. Importantly, however, the Trump administration will now extend the policy beyond money for family planning and apply it to all international health funding including funds for organizations that do HIV prevention and attempt to prevent ebola, malaria, and zika.

Trump then revoked the “Bathroom Bill” which allowed trans students to use the bathroom aligning with their gender identity. In March, Trump revoked the 2014 Fair Pay and Safe Workplaces Order which is meant to ensure that companies with federal contracts follow 14 specific labor and civil rights laws.

The debate around Trump’s health care law is also of central importance to women’s rights. In a humiliating defeat, his own party blocked the passage of Trump Care which would have signaled a huge attack on women and women’s access to health care. The bill proposed changing access to abortion coverage by tightening the Hyde amendment’s restrictions, thereby making health care plans that cover abortion more expensive.

Additionally, it would have partially defunded Planned Parenthood by decreasing the funds allowable for services provided at clinics, and it would have banned the use of Medicaid at Planned Parenthood which would disproportionately affect low-income women. At the last minute, Trump made a deal with the most right wing members of the Republican Party to remove federal requirements for coverage of basic benefits, including maternity care, emergency services, and mental health. This proposed removal of the essential benefit provision would have left pregnant women, new mothers, and newborns without health care. Another change to appease the Freedom Caucus was the “manager’s amendment” which included the ability to revoke Medicaid from new mothers who do not find work within two months of giving birth.

With opposition from the hard right and the more moderate wing of the GOP, Trump was unable to repeal and replace Obamacare. The newest iteration of the healthcare bill is being debated now and, despite Trump’s insistances to the contrary, the outcome may make those with prexisting conditions pay much higher premiums .

He did, however, succeed in taking steps towards defunding Planned Parenthood. Without his trademark bravado and far away from the media, Trump signed a bill that reversed the regulation preventing states from withholding federal money from facilities that provide abortions. This Obama-era law had only gone into effect two days before Trump’s inauguration, making it extremely short lived.

Despite Trump’s clear misogyny, he has attempted to paint himself as a champion of women’s rights. In his address to Congress, he promised to provide paid family leave and to make child care accessible and affordable.

His administration promotes Ivanka Trump as a women’s rights advocate and an example of female empowerment; she met with Planned Parenthood soon after Trump’s inauguration, attended the Women20 Summit (where she was met with jeers) and will soon release the book Women Who Work. Unlike Margaret Thatcher, who said, “I hate feminism. It is poison,” the Trump administration holds up the paradigms of women’s empowerment created by neoliberal feminists (à la Hillary Clinton) to argue that Trump does, in fact, support women’s rights.

Ivanka Trump’s new book, Women Who Work, attempts to help women in the processes of “identifying opportunities, shifting careers smoothly, negotiating, leading teams, starting companies, managing work and family, and helping change the system to make it better for women.” This book sounds quite similar to that of die-hard Clinton supporter Sheryl Sandberg who wrote Lean In: Women, Work and the Will to Lead. Both seek to empower individual women in order to successfully juggle career and children in the midst of societal sexism. Although Sanberg was considered for a position as Secretary of the Treasury under the potential Clinton administration, the central message of her book is nearly indistinguishable from that of Trump.

Ivanka embodies the ostensible values of neoliberal feminism: meritocracy, empowerment, and equal opportunity. As Celeste Murillo writes, “How can neoliberal feminists backtrack from the ‘free choice’ feminism that they have been peddling for decades? This kind of feminism is personified by celebrities, politicians, and businesswomen like Emma Watson, Beyoncé, Hillary Clinton, and Marissa Mayer (CEO de Yahoo) whose goals are so close to the symbolic glass ceiling and so far from the basement where most women subsist.” The problem is that neoliberal feminism has been so tightly focused on meritocracy and breaking the glass ceiling that it creates the perfect opportunity for a woman like Ivanka Trump to be seen as promoting “women’s empowerment” while arguing that her sexually violent father supports women’s rights.

The Trump administration has also served to re-awaken a women’s movement in the US. The very first day of the his presidency brought 3 million people to the streets for the Women’s March on Washington. Around the country, women interrupted Republicans at town hall meetings, demanding women’s rights and women’s health be addressed. On International Women’s Day, thousands took to the streets under the banner of “feminism of the 99%,” which is an anti-capitalist movement independent of the Democratic Party. In New York, the march which brought together 7,000 people was led by participants carrying a Palestinian flag.

An increasing number of women are becoming aware of the limits of the Clinton-Sanberg brand of neoliberal feminism. The official call for the International Women’s Strike states, “Lean-in feminism and other variants of corporate feminism have failed the overwhelming majority of us, who do not have access to individual self-promotion and advancement and whose conditions of life can be improved only through policies that defend social reproduction, secure reproductive justice, and guarantee labor rights. As we see it, the new wave of women’s mobilization must address all these concerns in a frontal way.”

This is perhaps the most exciting phenomenon in the midst of Trump’s sexist policies and Ivanka’s attempts to package herself as a feminist — that women are finally rising up and that, within this new women’s movement, there exists an anti-capitalist contingent — one that recognizes the need for a symbiotic connection between the fight for women’s rights and the fight for equality beyond what the capitalist system can provide.