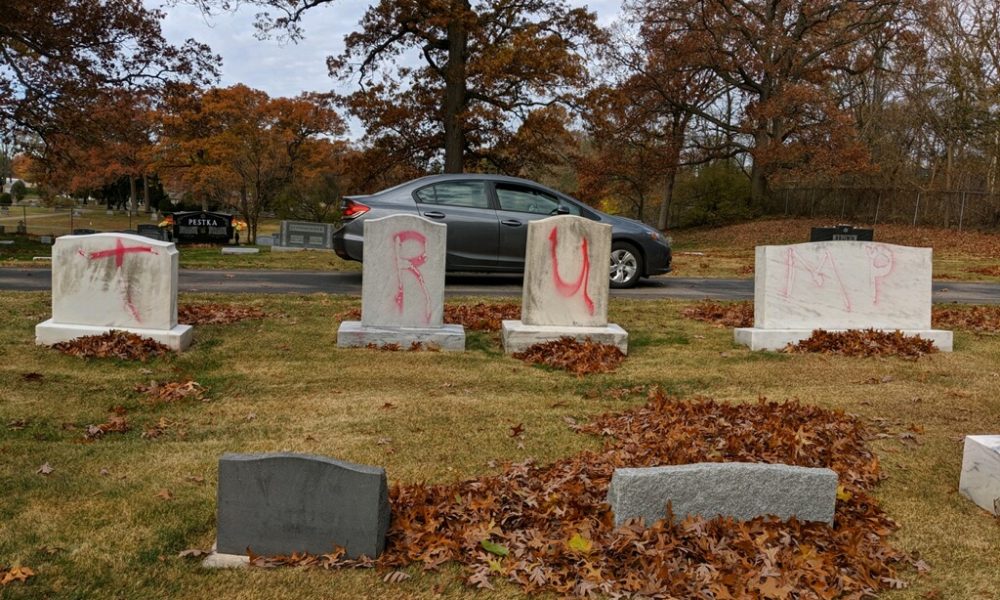 If there was any lingering doubt about anti-Semitic and Nazi undercurrents among supporters of President Donald Trump, what happened at the 100-year-old Congregation Ahavas Israel cemetery in Grand Rapids, Michigan, on the eve of Election Day should put an end to it. Six headstones were tagged in red paint with the messages “TRUMP” and “MAGA” just hours before the president made his late-night campaign appearance in the city.

The regional director of the Anti-Defamation League (ADL) called the vandalism “a violent, disgusting act.” Indeed.

“Make no mistake, this heinous act was committed on the eve of the 2020 election to send an intimidating message to the president’s opponents, and particularly, Jewish voters,” said the Michigan Democratic Jewish Caucus in a statement released on Twitter.

Anti-Semitic hate crimes have risen precipitously across the United States since Trump’s inauguration. Earlier this year, the ADL reported that 2019 saw the greatest number in four decades. But the hatred unleashed in the Trump era isn’t confined to Jews. Last November, the FBI reported that overall hate-crime violence had hit a 16-year high, with a particularly significant uptick in violence against Latinx people.

On a normal day, we might expect Trump to retweet a photo of the desecration and add “I love Michigan!” But no such message has been forthcoming, at least as of this writing.