The price of oil has been collapsing, and last week it reached negative values. Trump’s threats to Iran were enough to cause a rebound in prices. But the effects were short-lived. They expose Trump’s return to “America First” politics in the midst of the pandemic and crisis, signaling the rivalries and competition between powers in the coming period. 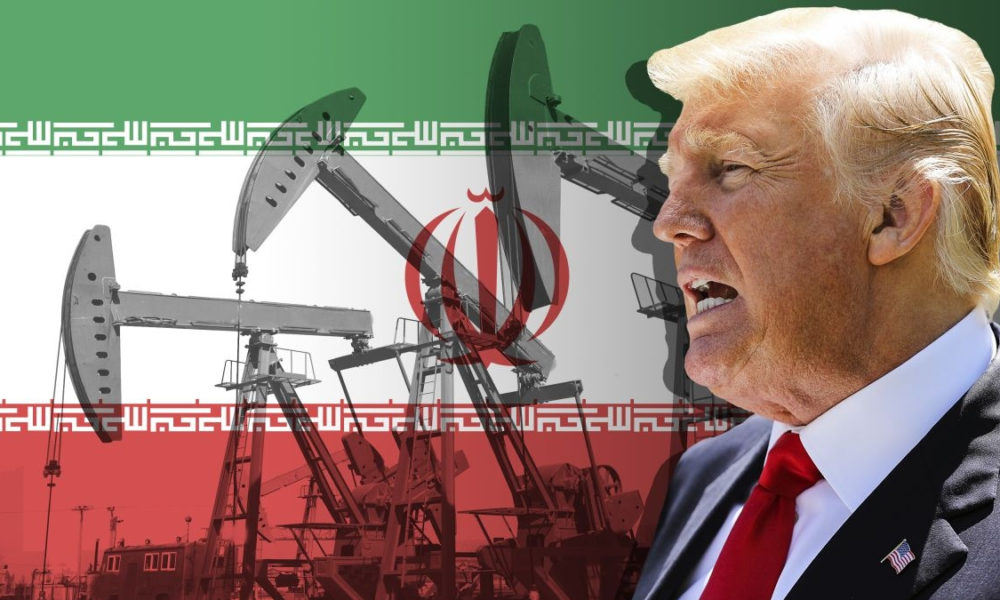 What does Twitter have to do with oil prices? No one can answer this better than Donald Trump. In the last few weeks the price of oil has collapsed. Crude oil in the U.S. futures markets earlier this week went into negative territory. Energy companies’ stocks plummeted, given that in addition to the current crisis, they are heavily indebted.

It is no secret that oil is as sensitive to economic recessions and depressions as it is to geopolitical crises. That’s why Trump threatened Iran on Twitter, saying he would destroy any vessel approaching the U.S. fleet stationed in the Persian Gulf. This “warning” was in response to alleged minor incidents between the Iranian Revolutionary Guard and American ships the week before. The bellicose message from the American president was enough to cause the elusive rebound in oil prices. Although the numbers are still modest, coming out of the negative zone was a huge relief to the markets.

When there is a potential shortage, oil prices almost automatically go up, thanks to increased tensions in the Middle East, primarily between the United States and Iran. To dispel any doubt about the objective of the threat against Iran, Trump assured “the great American oil and gas industry” that he would never let it down, and helping it was well worth a low-risk geopolitical provocation.

Trump worked his magic, but most analysts agree that the beneficial effects of his tactical mischief are bound to fade sooner rather than later.

Owing to the unprecedented economic blackout caused by the coronavirus crisis, which has kept more than a third of humanity in more or less strict confinement for almost two months, the demand for crude oil has plummeted and is unlikely to return to previous levels. The world is literally flooded with oil that no one is demanding at the moment and that is on the verge of overwhelming storage capacities. Hence, prices have fallen into negative territory. This fall in demand is unhappily combined with an overproduction of oil as a result of the price war between Saudi Arabia and Russia in early March, which ended in a flimsy truce.

The producing countries, members of OPEC and its allies, are expected to cut production by 10 percent in early May, but oil market analysts agree that this is far from enough to compensate for the fall in consumption. In short, the future of oil is as uncertain as that of the postpandemic economy.

In addition to this very short-term effect, Trump’s threat against Iran has an electoral dimension, speaking of how U.S. imperialism intends to confront its decline in hegemony, accelerated by the coronavirus.

Before the pandemic, Trump was counting on the economy to win reelection in November. There was confidence in the face of Joe Biden, a typical representative of the Democratic establishment who had based his campaign on the neoliberal “return of normality.” But in two months the coronavirus wiped out the jobs created since the 2008 crisis. According to figures from the Department of Labor, by the second week of April, 4.4 million workers had applied for unemployment insurance. This is the fifth consecutive week in which the new unemployed are counted in the millions. The total number of unemployed has now reached 26.5 million. By November, some analysts estimate that it could exceed 40 million.

Along with this, Trump responded late and poorly to the arrival of the coronavirus. First he was on the denialist side. Then he stood up as a standard-bearer for the rapid opening of the economy to the point of leading the protests of extreme right-wing sectors mobilizing against the health measures. And even if he wants to hold the governors responsible — especially the Democrats — his presidency will inevitably be burdened with the thousands of deaths left by Covid-19.

With a likely recession, record unemployment, and, for now, the United States holding the dishonorable title of pandemic epicenter, Trump shifted the tenor of his campaign and intensified his “America First” rhetoric and policies. He is in the midst of constructing enemies, an elementary condition for politics. On the domestic front, this week’s moving target is immigrants. Externally, Trump is escalating anti-Chinese rhetoric, blaming the government of Chinese president Xi Jinping for the global spread of the virus (which he keeps calling “the Chinese virus”). This is in addition to tightening sanctions against Cuba, Venezuela, and Iran.

Do the threats against Iran mean that a war is already in the making in the Middle East? This is the same question the world has been asking ever since Trump pulled the United States out of the nuclear deal sponsored by Obama, the UN, and the EU, and instead chose the path of “extreme pressure” to get at least more concessions from the Iranian regime without abandoning the golden goal of “regime change.”

In principle the answer is once again that it does not seem the likely. According to the Pentagon, Trump’s tweet was not an explicit order to attack anyone.

As expected, the Iranian regime responded with a challenge. It reinforced anti-American rhetoric and put its first military satellite into orbit. Of course, this is a game of images because the cocktail of sanctions imposed by the United States and the coronavirus pandemic are wreaking havoc in Iran. Because of its almost exclusive trade relations with China, thanks to sanctions, coronavirus arrived in Iran early in the pandemic and have already left at least 5000 dead. And the White House blocked a loan Iran had requested from the IMF to acquire medical equipment.

But even though a war is unlikely, the danger still exists. The dangerous waters of the Persian Gulf, where warships from the United States and other powers coexist with commercial vessels from different countries, offer opportunities for miscalculation.

The coronavirus crisis has accelerated the hegemonic decline of the United States. And its rivals are taking advantage of this, particularly China, is now flaunting its “soft power” and playing at hegemony by providing medical supplies to Europe and Latin America. Trump is responding by increasing U.S. military presence in the South China Sea. These are signs that in the postpandemic world, rivalries and competition between powers will be the order of the day.

First published in Spanish on April 23 in La Izquierda Diario.