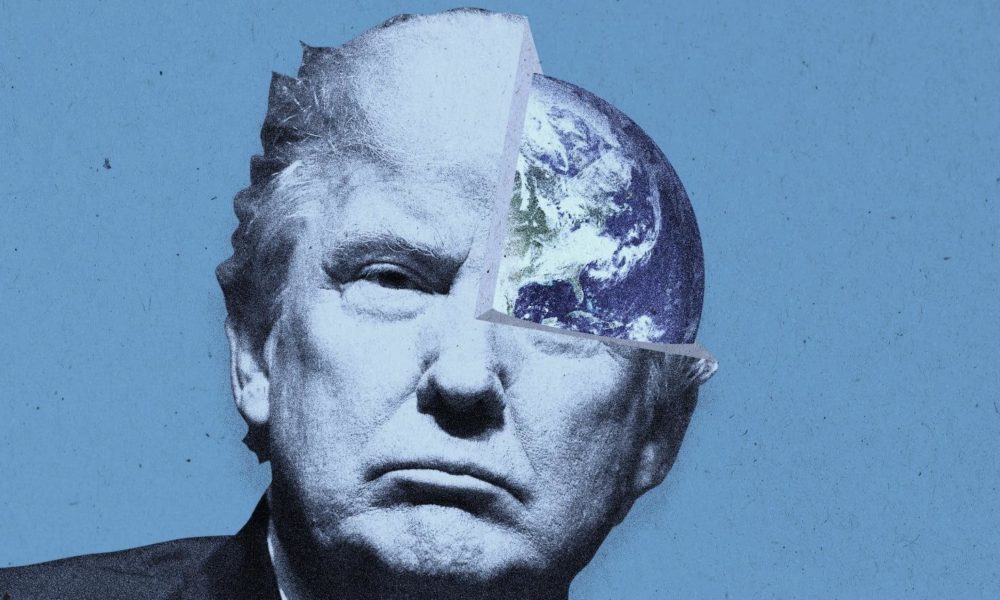 The assassination of General Soleimani—the second most powerful figure in the Iranian regime after Ayatollah Ali Khamenei—by the U.S. government is a leap forward in the escalation of hostilities that have been on the rise since President Trump decided to withdraw from the 2015 nuclear deal negotiated by Barack Obama.

Trump, who had campaigned on a pledge to end America’s “eternal wars” in the Middle East, has made a decision that will likely only increase US-led aggression and conflict in the region. Iran has sworn revenge for the killing of Soleimani. How the US responds could determine the fate of hundreds of thousands of war-weary civilians.

According to the US government, the assassination of Soleimani does not change the “maximum pressure” strategy that the White House has been using against the regime in Tehran. In a strange statement that defies the logic of common sense, the Republican administration argued that it escalated to “de-escalate,” and that the strikes were a preemptive action to avoid an almost certain war if Iran had carried out  the attacks Soleimani was supposedly planning. As you can see, the justification is weak on paper, since there is just no way to disguise the execution of an official of a sovereign state (an explicit act of war) as a defensive action.

It is no secret that the US has always been willing to carry out political assassinations of enemy leaders, but these were traditionally done in covert operations carried out by agents of the “deep state” and were formally outlawed by an Executive Order issued by Gerald Ford in 1976, which sought to bring some order to the semi-autonomous activity of the CIA. However, during the decades of exception that followed the September 11 attacks in the name of the so-called “war on terror,” the US imperialist state has rehabilitated its ability to assassinate those it considers its enemies without any trial—which is also practiced by the state of Israel under the name of “selective assassinations”— in broad daylight. The hunt for Bin Laden and the summary execution of Abu al Baghdadi carried out under the presidency of Obama are all examples. Obama, who became the “lord of the drones” once in office, carried out hundreds of extrajudicial assassinations by such means.

The leap, then, is not in the method of execution (assassinations with drones) but in the target. This strike was not about eliminating terrorists who have become pariahs like Bin Laden, but a high-ranking official of the Islamic Republic of Iran. Both George Bush Jr. and Obama made a conscious decision at the time not to give the order to assassinate Soleimani, even when they had the opportunity to do so, because they were unsure about the consequences of further increasing conflict in the region and worried about losing their European allies and further worsening the US position in the Middle East after two decades of war. In other words, killing him was and is purely a political decision. Trump did it, and he even tweeted that the United States should have done it several years ago. The Israeli Prime Minister Benjamin Netanyahu, who has been pushing for a more warlike US policy against Iran, and who finds himself in a delicate internal situation after having been accused of corruption, was quick to come out in support of Trump.

There are several hypotheses about the timing of Trump’s move. Some analysts point to the domestic situation being complicated by the impeachment process and consider the attack to be modeled on the handbook of Bill Clinton, who launched a military attack on Iraq known as Operation Desert Fox in the middle of a similar situation in 1998.

However, although domestic politics and the election campaign have no doubt had an impact, the key to the explanation still lies in Trump’s erratic and so far largely failed foreign policy, which boils down to using economic sanctions including trade wars—and Twitter threats—as tactics without a clear strategy other than hitting to negotiate.

America’s enemies, who are not few, do not miss the signs of weakness. Among them is that Trump with his “personal diplomacy” has not been able to prevent North Korea from becoming a nuclear state. Politics in the Middle East is another weakness. Trump has abandoned the “multilateral” approach with which Obama tried to contain Iran, with no other replacement than to intensify regional hostility by strengthening traditional alliances with Tehran’s enemies: Saudi Arabia (at the head of a “Sunni front” made up of the United Arab Emirates and other Gulf  monarchies) and Israel. Iran has also reinforced its alliances, particularly with Russia, which was born out of necessity and sealed in Syria. Most recently, Iran signed a free trade agreement with China, thus limiting the effect of the American sanctions.

In the last year, Trump threatened Iran and backed down twice: once when Iran shot down a US military drone, and once when Saudi Arabia’s main oil refinery was attacked, an incident attributed to the Iranian regime. This time it was different. Although the U.S. responded to militia attacks against one of its military bases in Kirkuk that claimed the life of a US mercenary (a “civilian contractor”) with a series of routine bombings; what ended up triggering the military action was the siege of the US embassy in Baghdad. Ironically enough, both Secretary of State Mike Pompeo and Trump transformed the seizure of the US embassy in Bengazi by Islamic militias, which culminated in the assassination of Ambassador Christopher Stevens, into a campaign against Hillary Clinton. The Iranian regime had not calculated that the US would retaliate in the way that it did for its involvement with the siege of the US embassy in Baghdad. The regime’s goal was to redirect the recent demonstrations against the government of Iraq and Iranian influence in Iraq toward a mobilization against the presence of the United States. Ironically, Trump’s attack may have actually aided Iran in achieving that goal.

As the US chief of staff, General Mark Milley, said in terms of military strategy, “the threat of inaction exceeded the threat of action.”

Trump is betting that Iran will have no room for a major response because of the precarious economic situation, the growing unpopularity of the theocratic regime that has been facing a wave of mobilizations in Iran, Iraq and Lebanon, and because Iran has just lost one of its main military and foreign policy strategists. However, this is a gamble that has little strategy behind it. Most likely, Iran’s response will be on the flanks, since it seems to have neither the capacity nor the strength to attack any figure of equal status to Soleimani in the US administration.

Thanks to a strong US presence in the region, Iran does not have to look far to find suitable targets for retaliation. In the Gulf alone, Iran has a number of options, from US military bases to strategic positions like the Straits of Hormuz that could disrupt the oil market with major consequences for the global economy.

In the immediate term, Trump will have to make a decision on the US presence in Iraq. Everything would indicate that the country that George Bush Jr.  invaded and occupied by following the neoconservative strategy to “redesign the map of the Middle East” is going to pass into the Iranian orbit. The Iraqi government has denounced the US attacks as a violation of its sovereignty, and its parliament recently asked for the withdrawal of the 5,000 soldiers and military personnel that the US still has deployed in the country. Ultimately, US imperialism continues to pay the cost of the huge miscalculation that led to the second Iraq war and ended up strengthening Iran’s regional aspirations.

The conflict far exceeds the Middle East, involving Europe and other powers as well. Neither Russia nor China has any interest in legitimizing an aggressive imperialist policy of the United States that could target them tomorrow. Russia already has a tactical alliance with Iran in Syria, and China continues to buy Iranian oil in open defiance of the US embargo.

Regardless of the reasons that led Trump to this decision, the truth is that these are times of uncertainty in world politics. This is a new example of the major antagonisms among inter-state relations at a time when popular mobilizations and rebellions are taking place in several countries. All over the world, it is urgent to repudiate this imperialist aggression and to develop the mobilizations like the ones in the heart of the US empire. Already there have been demonstrations in New York, marches in front of the White House, and protests in 70 other cities. These mobilizations are small for now, but they are symptomatic of the continued awakening of the US working class and the fact that there is significant opposition to Trump’s policies at home as well as abroad.