Trump’s Response to the Pandemic: Demagogy for Workers and Billions for Billionaires

President Trump has gone from dismissing the coronavirus to declaring a national emergency, making an agreement with the Democrats to take exceptional measures. The head of the Institute of Allergy and Infectious Diseases, Anthony Fauci, called the policy response “a failure.” Trump’s policies are aimed at securing the financial and big pharmaceutical businesses, while the working class increasingly suffers from the crisis. 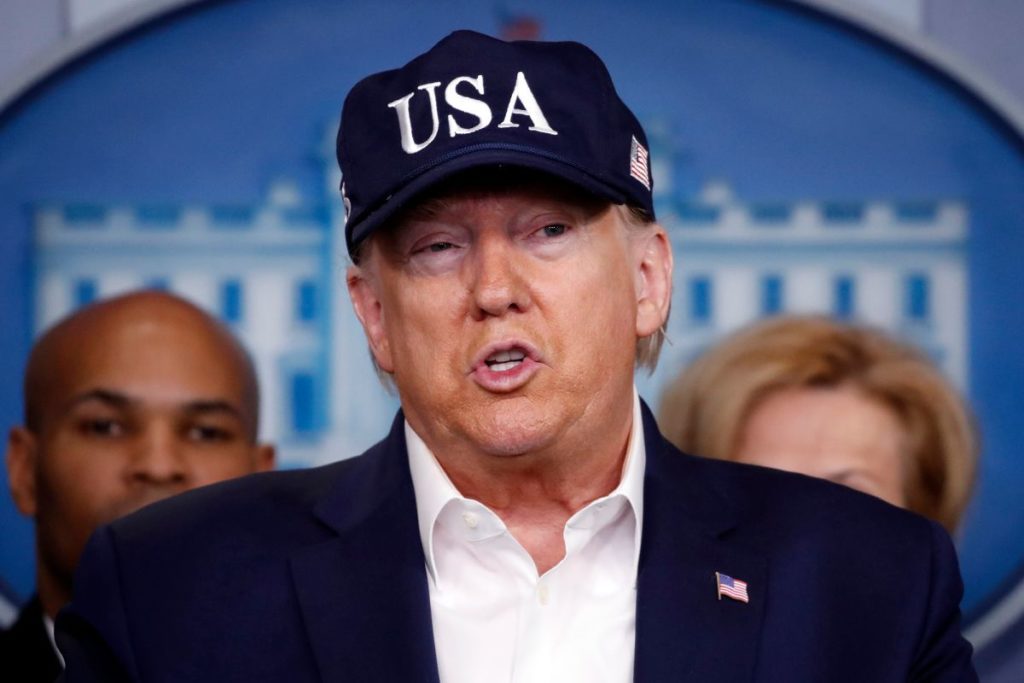 To the rescue of the billionaires

The feeling is one of complete chaos, with an exponential increase in confirmed cases and estimates that the numbers are actually much higher. Schools and universities are closed and there are already layoffs and suspensions that make the situation of the working class even more unstable. The government cannot keep claiming Coronavirus is not a problem — the president himself had to say he took the test. He was repeatedly questioned for not doing so after an official in Bolsonaro’s government tested positive for the virus after meeting with Trump.

In the face of this crisis, there has been enormous criticism of the Federal Reserve’s intervention, which injected $1.5 trillion to revive the markets. Despite the intervention, the markets continue to plummet and have lost more than 20% in value in just three weeks (as reported by Jack Rasmus in his blog.) The injection was designed to prevent potential freezes of the market, which could lead to a paralysis causing a major crisis. These measures were announced though there was no response for the working class in the midst of the outbreak’s growth.

Trump’s speeches on Friday, and now on Saturday, were aimed at calming the panic, but the truth is that the measures announced are completely insufficient in light of the enormous failures of the health system and the policies that have been implemented in recent weeks. The lack of available tests to detect infection has exposed the state’s incompetence, and even the government recognizes that the lack of state-centralized data makes it enormously difficult to collect real statistics on testing and suspected cases.

Only 79 public facilities had testing capacity before this week, according to the BBC. Only last week did all states gain access to testing, since many of the tests that were shipped were defective and had to be returned and shipped again. Thousands of people reported that getting tested can cost more than $1,000. The Federal Reserve said half of the nation’s workers have less than $400 in savings for medical emergencies.

In response to the alarm about the rapid spread of the virus, it was announced that more tests would be provided; according to the president, there will be 100,000 more next week. However, the estimate of current cases far exceeds that number: Ohio alone, for example, stated that they estimate that as many as 100,000 people in the state may have COVID-19. The ratio of estimated cases to confirmed cases is huge considering that the confirmed cases are about 2,700. The new agreement between Republicans and Democrats will allow for free testing, but Trump was adamant that no mass screening is necessary and that only those with symptoms will be tested. This contrasts with the policies of countries that have been responding to the outbreak much more efficiently, such as South Korea, which conducted up to 20,000 tests per day and now has the outbreak controlled. Access should not only be free but also massive. The private system must be nationalized and its resources used for the whole population. It is necessary, once and for all, to have Medicare for All.

The declaration of a national emergency makes it possible to allocate extraordinary funds to combat the virus. The use of $50 billion of federal funds was authorized. However, the Stafford Emergency Act also allows money to be spent on private entities to address emergency situations. This opens the door to continue funneling profits to the large pharmaceutical companies and companies that have benefited from the health crisis, with the business of testing and the increase in prices of basic supplies and medicines. In fact, Trump praised these companies as well as Google, which has been developing a nationwide coronavirus screening website. (Misinformation on this keeps provoking doubts about the government’s ability to afford this outbreak.) These companies were even invited to speak in the press conference; workers, however, do not have any voice. Instead of benefiting these large companies, the state should centralize the control of the production of supplies and tests, with the control of commissions made up of health professionals and workers and members of the affected communities.

In this situation, the first affected are the health workers, who complain that they do not have the necessary protection to avoid contagion, nor the equipment to adequately attend to those who may be infected. On Saturday, Trump emphasized that healthcare workers will be taken care of, but he failed to address the lack of equipment or effective prevention measures. In addition, employees of airlines, tourism, and hotels are being suspended and dismissed. Workers who perform tasks in festivals and cultural, artistic, and sporting events, and precarious workers in schools and universities are also experiencing layoffs. Forbes reported numerous examples of this trend. There are also many workers who are not technically fired but will not receive their salary because of the shutdowns. We workers do not have to suffer this desperation: we need a ban on layoffs and medical leave for those who need it. Also, workers affected by the suspension of their work hours should receive the complete amount of their salaries. The situation becomes even more difficult for those who perform care tasks, mostly working women. Children and teenagers are returning home because of school closures and their families are finding it difficult to continue working while also caring for them, cooking, and cleaning. People who work as sitters, home nurses, and other care jobs are likely losing their jobs or having them suspended. Public and private companies must implement paid leave for those who perform care tasks and are being affected by the situation. Also, the employees of care services should receive paid leave if their jobs are suspended.

In order to implement real measures to confront the coronavirus and protect the health of the working class and poor people during the crisis, self-organization and struggle will be necessary. In countries where deep class struggle processes are taking place, such as France and Chile, governments have used emergency measures as an umbrella to avoid workers’ mobilizations and organization. We must not allow militarization measures and police control over the population.

Examples like that of workers in Italy, who organized strikes against the government’s terrible management of the crisis, are very important. All of our efforts must be put towards an organized response to the Coronavirus and its effects.

We need self-organization from the below, with unions and social organizations at the forefront, taking adequate measures to demand a real health emergency plan to stop the Coronavirus and the chaos to which the capitalists and their governments are leading us. The unions have to fight for the workers and be a tool to get medicare, paid leave, and everything else that the crisis for the working class demands. The working class has a major role to play in resolving the crisis.