Trump’s SC Nominee: Every Bit as Anti-Choice as People Feared

The battle for the available seat in the Supreme Court after Ruth Bader Ginsburg’s death has begun. The GOP supported Amy Coney Barret will be Trump’s nominee. This Supreme Court pick strengthens the conservative agenda, and the  President believes that this will secure him the presidency in a contested election. 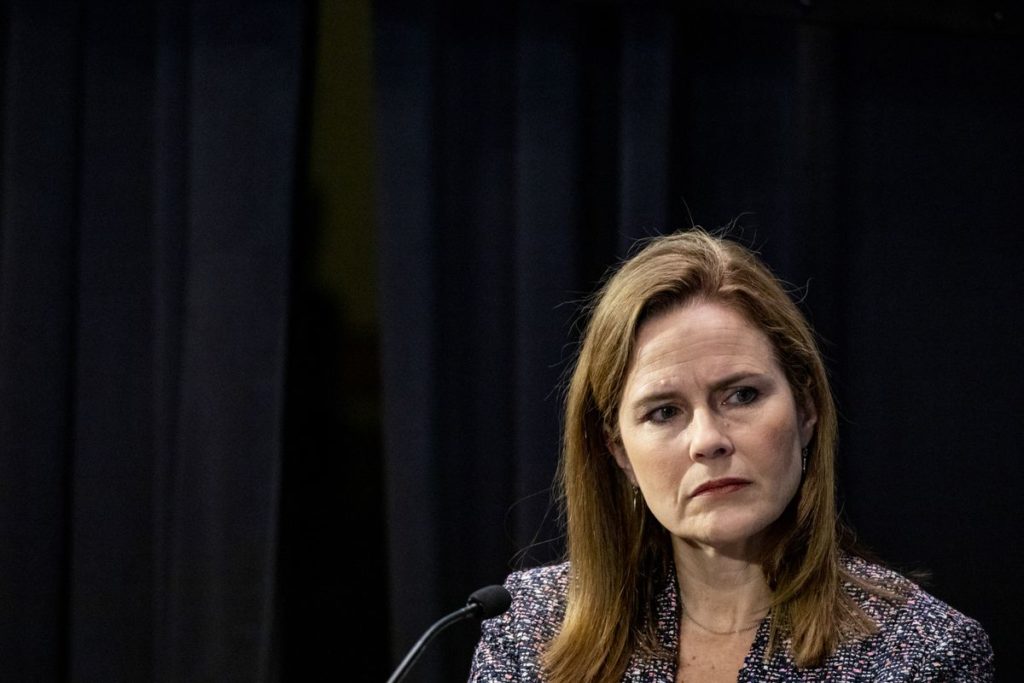 Although Democratic nominee Joe Biden continues to lead the polls, Ginsburg’s death has added more fuel to the fire as the situation becomes increasingly polarized, with less than forty days remaining before the election. In his ongoing quest to consolidate his base, Trump is presenting himself as a law and order candidate, determined to attack even the elementary right to vote in an electoral system that is already highly undemocratic. To this end, he has hinted that the Democrats will support fraudulent elections, that mail in voting is unreliable, and that, if defeated in the election, he may refuse to leave the White House. In this context, Trump promised to nominate a conservative judge to fill Ginsburg’s spot, as he will need a majority in the Supreme Court if the election is challenged. This provocative statement is pathetic by itself,  but it is even more pathetic that this is perfectly legal. Unless a section of Republicans objects, the Senate will approve Trump’s nominee as the new Supreme Court justice, setting up an overwhelming conservative majority of 6 to 3. Mitch McConnell has already announced that the nomination will be supported by the Republican bloc in the Senate, and with Mitt Romney supporting the Supreme Court pick, there seem to be enough Republicans to push the nomination through.

Amy Coney Barret’s nomination not only strengthens Trump’s attacks on democratic rights, but signals to conservative voters and political organizations that the government is willing to move forward with a right-wing agenda. During the Republican Convention, the anti-choice agenda was center stage, in line with the judicial maneuvers of Catholic and evangelical groups to put more restrictions on reproductive rights and attempt to reverse Roe vs Wade. Indeed, the Supreme Court would undergo a drastic change if occupied by Barret, as the judge has stated that she believes that life exists since conception and has argued against Roe vs. Wade. Barret has favored restrictions on access to abortion at the 7th Circuit Court of Appeals. The scenario on the Supreme Court looks unfavorable to reproductive rights, since there are plenty of cases awaiting to be resolved for this conservative Supreme Court. There are 17 abortion-related cases nationwide that were appealed and a number of proposals to restrict it either in access, time of pregnancy, or terms of procedure. Advancing this agenda runs contrary to the majority opinion of Americans: in 2019, support for legal abortion reached a 20 year peak of more than 60 percent.  , according to a study by the Pew Research Center.

Even worse, Barret also belongs to People of Praise, a secret Catholic cult group about which authoritarian behavior has been reported. People of Praise collects money to fund various projects, including Catholic schools in which they distribute false information about contraception, abortion and sex education. The problem is that Barret has stated that her beliefs come before the fulfillment of current reproductive rights. For example, she opposed insurance companies providing information about access to contraceptive drugs, which Barret called an “attack on religious freedom” and a way to “induce abortion.

Barret’s selection over the other possible candidate, the Cuban-American conservative Barbara Lagoa, also indicates a  decision to prioritize someone with a clear anti-abortion record to please churches that have continued to accumulate privileges during Donald Trump’s presidency. These privileges, such as a $375 million federal fund that was approved in early 2020 for houses of worship to “stop religious discrimination,” were also supported by Democrats in the Congress. After a few setbacks in the Supreme Court, such as the decision of banning layoffs based on gender and sexual orientation, and decisions in favor of the Dreamers, Trump wants to ensure right-wing control of the Supreme Court.

We are witnessing Trump’s deep anti-democratic maneuvers to remain in the presidency, accompanied by the violent crackdown on Black Lives Matter protests and curfews declared in response to  demonstrations over the outrageous decision not to prosecute the police officers for the murder of Breonna Taylor. We are also witnessing the arrest and political persecution of anti-racist and left-wing protesters, who are described as terrorists by the government while the white supremacists openly attack protesters on the streets and are protected by the police. We are also witnessing how the Democratic opposition is trying to use the situation to their advantage, arguing that there is a looming coup d’etat as a strategy to get more votes for Biden voters. In reality, Trump still remains within the rules of bourgeois democracy. The problem is the undemocratic judicial system that allows 9 party-appointed judges in government to make decisions for the entire population; it is the privileges of the political and judicial system that buy officials the ability to pass laws and rulings against the working class; it is the undemocratic electoral system that restricts the possibility of voting for  entire sectors, especially voters of color; and it is both parties that have suppressed protest during anti-racist demonstrations in recent months. The Democratic opposition is not interested in mobilizing for democratic freedoms, defending political prisoners, or  claiming the right to vote for the whole population. Instead, they are putting all of their support  behind Biden who proposes no alternative to the justice system, electoral system, or social reforms for which the working class and youth have been mobilizing. The attacks against democratic rights need to be confronted on the streets if we do not want to experience a much more anti-democratic and repressive situation.

We must stand against the idea that these attacks on democratic freedoms are defended by voting for a party that attacks our rights as well. The working class needs its own program of action, starting with defending the right to mobilization and asking for the freedom of political prisoners, demanding the right to vote for all and changing the anti-democratic electoral system, and also ending the privileges of the political and judicial appointees, so that all civil servants are revocable, elected by the popular vote, and earn nothing above  a worker’s salary. Organizations on the Left and social movements must be on alert to respond on the streets to Trump’s and the Right’s advances.