Bahrain and the UAE are the first Arab states in twenty-five years to establish formal ties with Israel (joining Egypt and Jordan), officially demolishing the already decaying facade of Arab unity with Palestine.
Share on facebook
Share on twitter
Share on email

On Tuesday, September 15, Bahrain joined the UAE in signing the Abraham Accords Declaration in a move that was lauded by the White House but sparked international outrage. Orchestrated by the Trump administration, the “peace treaty” establishes official diplomatic relationships between the two Gulf states and Israel. Though the details haven’t been officially publicized, the accord will include the exchange of ambassadors between Israel and the two nations.

Bahrain and the UAE are the first Arab states in twenty-five years to establish formal ties with Israel (joining Egypt and Jordan), officially demolishing the already decaying facade of Arab unity with Palestine. Both Gulf countries have already fostered backchannel diplomacy with Israel; commercial air travel exists between the UAE and Israel, and Bahrain permits Israeli flights to use their air space and has had commercial and military ties with Israel for years. Unfortunately, similar barely-clandestine relations can be observed between other countries within the region, specifically Qatar and Saudi Arabia.

The UAE has attempted to defend the treaty by claiming continued solidarity with Palestine and highlighting the treaty condition that Israel drop its previously declared plans to annex parts of the West Bank. Most observers, however, can easily see through this laughable excuse. Israel had been forced to abrogate its occupational expansion before any mention of the Abraham Accords as a result of international outcry from all sides. However, even their officially proclaimed withdrawal, which is already hollow given that Netanyahu has since repeated that he is not giving up on annexation, proves totally meaningless given the longstanding de facto annexation of the West Bank.

In response to the treaty, leaders of various Palestinian factions met to form the Unified National Leadership of Popular Resistance, reminiscent of the Unified National Leadership of the Uprising which operated during the first intifada in 1987. The coalition’s first published statement on Sunday called for a “comprehensive popular struggle that won’t end until the establishment of an independent Palestinian state with Jerusalem as its capital”. Along with announcing another alliance of Palestinian factions named the National and Islamic Forces, the coalition issued a call to action on September 15 – the day of the treaty’s signing – which furthermore galvanized thousands of people to demonstrate in front of embassies and throughout cities around the globe, from occupied Gaza to Washington D.C.

Palestinians worldwide see the normalization of relationships with Israel and subsequent bolstering the legitimization of the occupational power as a stab in the back and a complete betrayal of the Palestinian cause. Palestine’s Prime Minister Mohammed Shtayyeh dismally expressed that “this will be another date to add to the timeline of Palestinian misery.” Leader of Hamas Ismail Haniyeh told Palestinian President Ahmoud Abbas that all of the Palestinian factions are united against the accord, speaking in an interview aired on Palestinian Authority’s official TV station, the first ever with a Hamas leader. While this shift in international diplomacy seems to have united Palestinian leadership, they are faced with the now official rhetorical isolation and lack of support to mirror their longstanding material reality.

The normalization of relations with Israel was a goal proclaimed by the Arab Peace Initiative of 2002, though this was predicated on full Israeli withdrawal from all the territories occupied since 1967, as well as the establishment of a sovereign, independent Palestinian state. While the Arab League has twice reaffirmed support for this initiative, the insidious normalization of relations between Israel and various League members has been festering since its signing, which was hardly unknown to Palestine. Such backhanded betrayal of solidarity has finally broken to the “official” surface, casting doubt on the purported Palestinian-Arab unity against Israel’s violent occupation.

Continuing to undermine the Arab nations’ gratuitous claims of “solidarity,” the Arab League’s foreign ministers refused to hold an emergency meeting in order to discuss the treaty. Worse, they refused to endorse a Palestinian draft resolution condemning the UAE and Bahrain for signing the Abraham Accords. Both Oman and Egypt unsurprisingly endorsed the treaty, though under the guise of paving a path towards the establishment of an independent Palestine. Arab nations supporting the Abraham Accords are attempting to uphold a ludicrous illusion: that it is possible to (oxymoronically) stand in solidarity with Palestine while establishing ties with the nation that has mercilessly occupied its territories and entrenched its citizens in poverty and ceaseless, deplorable violence.

What does this masquerade of solidarity accomplish? Words crumble when they have no actionable foundation; “official” political declarations become meaningless when leaders disregard them and continue to act mendaciously by directly aiding the legitimization of Israel and the normalization of Palestinian occupation.

It seems that Palestine must now be forced to reckon with the shifting priorities of the Middle East. The Palestinian cause is no longer at the forefront of Arab public consciousness, and it has arguably taken a backseat for years. The region is increasingly preoccupied with the newer threats posed by Iran, Turkey, and the Muslim Brotherhood, rather than by Israel, and growing nationalism has weakened transnational Arab solidarity. The longstanding Arab consensus of rejecting any peace with Israel until Palestinian liberation is instituted has borne no fruit yet. Should Palestinians shift towards a different methodology? Simply considering the Abraham Accords, some countries have obviously responded affirmatively.

While a few governments have publicly relegated Palestinian liberation to an afterthought within the growing chaos of the Middle East, others continue to staunchly oppose Israel and its occupation of Palestine. Unfortunately, many of these stances must be analyzed with varying levels of skepticism. In response to the Abraham Accords, the Prime Minister of Pakistan and the Saudi Arabian cabinet released statements fiercely supporting the Palestinian people and all efforts aimed at reaching a just solution for an independent Palestine. Palestine’s President theatrically praised Saudi Arabia for their rhetorical show of solidarity even though he, as the rest of the world, knows that their empty words were spun simply to keep in line with formally established diplomacy. In reality, the Saudi intelligence and the royal family consistently cooperate with Israel and the United States. Iran has also been scathingly critical of the treaty; President Hassan Rouhani declared that Bahrain and the UAE are now complicit in Israel’s crimes and are to be held responsible for any consequences of Israel’s state-sponsored violence. Iran’s Foreign Ministry stated that Bahrain’s normalization “will remain in the historical memory of the oppressed and downtrodden people of Palestine and the world’s free nations forever.” As one of the main enemies of American and Israeli forces, however, Iran would naturally support their most contentious opponent, especially considering the global reach of the Palestinian cause, and thus using it to their advantage.

The two main actors of the Accords, Trump and Netanyahu, have much to benefit from this treaty, as well as others that are claimed to follow — Netanyahu has been facing extreme internal criticism due to corruption charges, but he can now flaunt his status as only the third Israeli Prime Minister to secure some type of agreement with an Arab country, and the only one to do so without any significant concession or sacrifice on the part of Israel. He can now frame himself as paving the way towards greater security in the Middle East and normalized relations with the Arab world. On the other hand, with Trump’s foreign policy failures, such unprecedented agreements could bolster his standing among the American electorate. Trump has claimed that the treaty signed by the two Gulf States is merely a prelude for multiple other Arab nations’ development of official relations with Israel, though so far he has only managed to ineffectively advance the conversation with countries like Sudan, for example. The real prize, though, would be the presently obvious target of Saudi Arabia.

While Bahrain’s signature is symbolically meaningful, it holds little material weight. Given that the country’s Shia majority already undermines the ruling Sunni minority and that a large portion of its residents are non-natives, one has to wonder what (if any) popular endorsement the treaty has within the tiny Gulf monarchy. Nightly protests erupted immediately following the official signing, and the country’s leading Shia cleric Ayatollah Sheikh Isa Qassim called on the people to resist the “despicable normalization” between Arab countries and Israel (and in fact, the most substantial opposition to the accords within the region has largely – but not unsurprisingly – come from the people). The more interesting aspect of Bahrain’s joining the UAE in the accords is that in no way would this agreement have been signed without Saudi Arabia’s blessing. Bahrain rarely, if ever, diplomatically operates without the consultation of its longstanding partner. Publicly, Saudi Arabia would prefer to remain on the fence, given its complicated position; Saudi is the home of the most holy Sunni places, and given their status as the spiritual leaders of the Sunni world, betraying the Palestinians would be extremely hard to swallow. Bahrain’s signature seems to be a silent endorsement from Saudi Arabia, and though it seems unlikely that Saudi Arabia would formally normalize relations with Israel anytime soon, given the volatile nature of the region and its recent developments, the idea cannot be cast as completely impossible.

Even though the Palestinian issue is no longer the centerpiece of Arab public consciousness, it still looms large and remains a charged topic. Governments often make decisions that do not reflect the people they rule over, and when these decisions are removed enough from the will of their populace, the volatile imbalance can fuel revolutionary sentiments. Hope is to be placed in those who, when they know how to harness it, truly hold the nation’s power: the people. Any compromise on full Palestinian liberation would be disgraceful and frankly unacceptable for most Arab people. Until there is full liberation, there will be no peace. The consensus among Palestinians and their true accomplices still seems to mirror Ismail Haniyeh’s statement that they “will not recognize Israel’s right to exist or give up even one inch of the land of Palestine.” 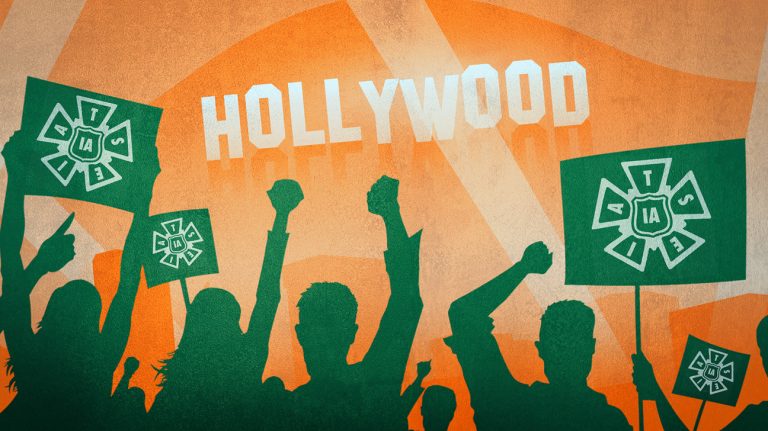 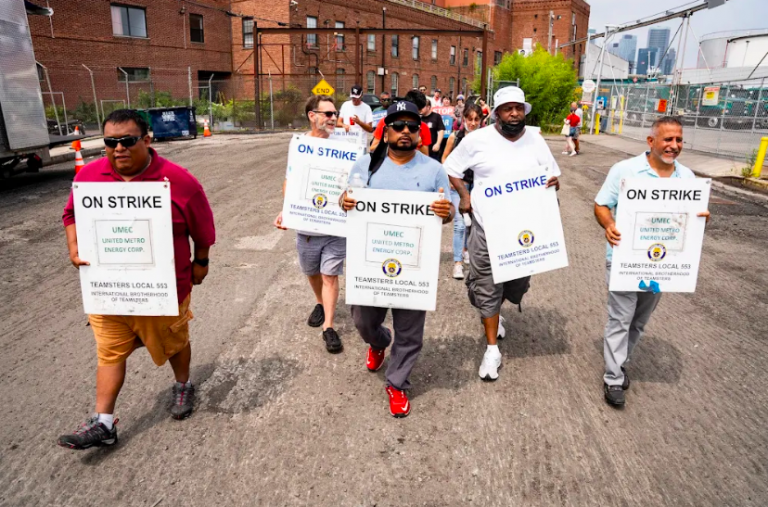 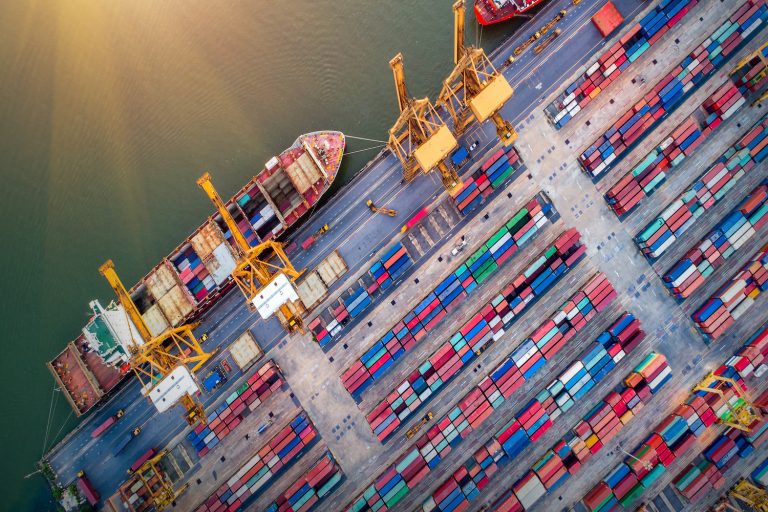