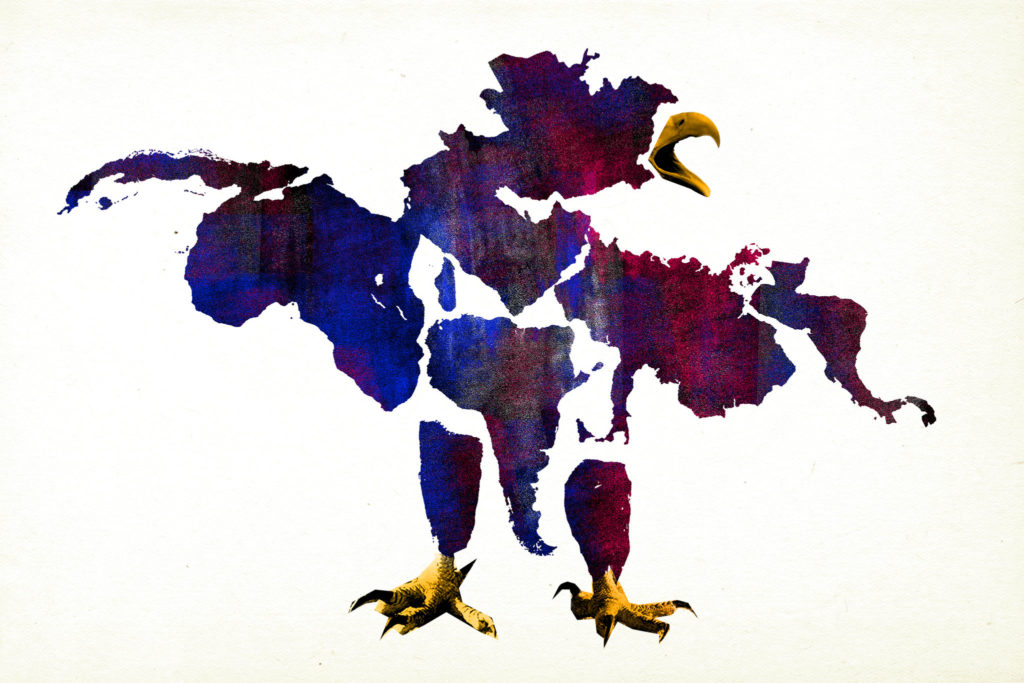 Once again American voters are heading to the polls to decide which of the two parties of capital will lead the oppression of the global working class for the next four years. While the pundits of the bourgeois media  speculate who the next president will be, debates around foreign interference in U.S. elections have already been reignited. Last month, the Trump administration held an incriminating press conference claiming that Iran and Russia are attempting to influence the elections.

This argument — that foreign actors are interfering in U.S. elections — has been around since the Democrats launched the “Russiagate” investigations just four months after Trump took office. Though it’s not out of the question that U.S. adversaries like Russia attempted to influence the 2016 elections, the scale of the Russians’ role was blown out of proportion, partially to deflect attention away from the fact that it was the undemocratic U.S. electoral system and years of neoliberal policies that led to Trump’s surprise win.

Whatever any country does to shape the results of the U.S. election, however,  their efforts pale in comparison to the long, violent history of U.S. election-meddling. From Latin America to Southeast Asia, the United States has long imposed its interests around the world. Accusations against Russia and Iran expose a double standard for an imperialist country which has far more powerful mechanisms at its disposal to interfere with the political processes of oppressed countries than fake news reports and social media posts.

Americans decrying Iranian interference is especially hypocritical given that one of the first and most devastating acts of American election meddling was the overthrow of Iran’s democratically elected prime minister, Mohammad Mossadegh. Mossadegh worked to nationalize Iranian oil reserves which had long been plundered by the United Kingdom. Given that this challenged Western capitalists’ control over foreign markets, Iran became a prime target of the Central Intelligence Agency.  Over the course of four days, the United States, along with the United Kingdom, destabilized Iran’s political landscape and installed a violent, Western-friendly dictator who spent the next 25 years terrorizing and killing dissidents until being finally overthrown in the Iranian Revolution of 1978. The U.S. is now working  to once again enact regime change in Iran through the use of devastating sanctions that deprive the Iranian working class of vital medicine and other much needed imports.

Iran is one of many nations whose elections have been  influenced by or violently countered by the U.S. intelligence community over the last 75 years at least. In fact, a 2016 study published in International Studies Quarterly, found that the U.S. has interfered in 81 foreign elections from 1947 to 2000, more than any other nation. The second leading nation was Russia with 36 interventions, less than half of what the U.S. has done.

Not surprisingly, U.S. interference in foreign elections has continued over time. Just last year, Bolivia was the target of U.S. election meddling when the Organization of American States, a mouthpiece of the U.S. State Department made false claims of irregular exit polls to overthrow Bolivian President Evo Morales. While the Bolivian masses eventually forced out the U.S.-backed far-right regime in the most recent elections, after years of direct action and organizing, the damage was already done. During their short reign, the coup government in Bolivia and their supporters massacred hundreds of indigenous people. Innocent lives were once again lost largely due to U.S. election meddling.

Whatever the outcome today, the Left must be prepared to counter the inevitable claims of Russian, Iranian, and other foreign interference in the U.S. election which will be used to beat the drums of war for the next administration. Given how regularly the U.S. interferes in foreign elections, it will not be hard to come up with examples of America’s election-meddling and hypocrisy to counter the rhetoric of such warhawks.