U.S. Democracy Is Not Very Democratic

July 4 is the day when Americans are asked to celebrate the birth of American democracy; however, the little democracy that exists within the U.S. is tainted by compromises with and deference to the power of capital. The only path to a truly democratic way of life is through socialism. 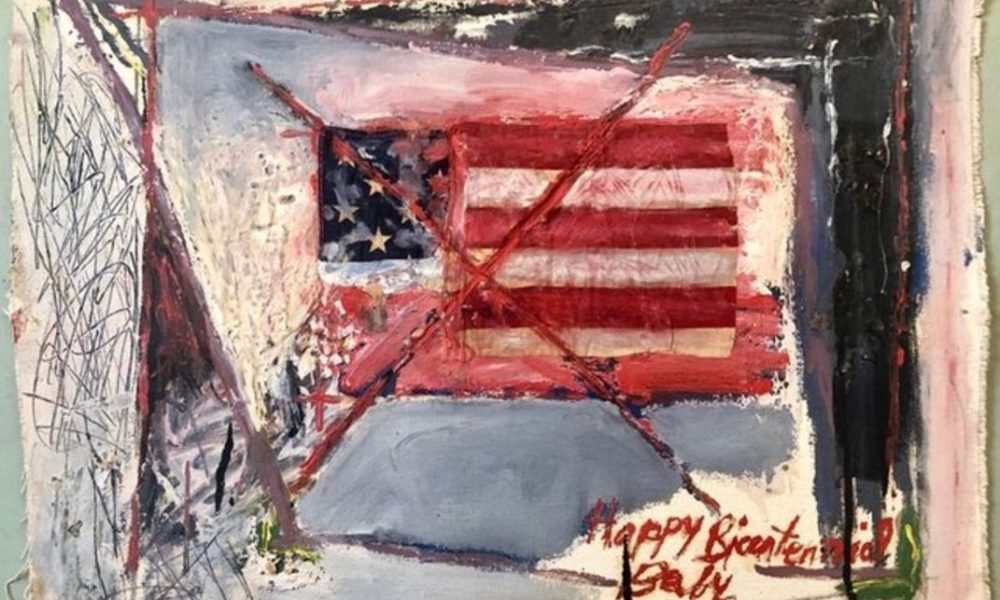 As protests sweep across the United States, politicians from the left of the establishment are telling us that real change will not come from demonstrations. As Alexandra Ocasio-Cortez said in a campaign ad, “It’s time to bring the movement to the voting booth.”

Lots of people say that the United States is a democracy, meaning that the majority can get what it wants through elections. But are U.S. institutions all that democratic, compared to many other capitalist states with bourgeois-democratic regimes?

The U.S. has one of the oldest bourgeois-democratic regimes on the planet, with a foundational text that has been in force for 231 years without interruption. France, in contrast, abolished the monarchy in 1792 and is currently on its fifth Republic!

In a country without a state religion, the U.S. Constitution is treated like the scripture of an ersatz faith. Modern political discussions often revolve around what “the Founders” might have wanted — as if Washington, Jefferson, and all the others were saints who developed a perfect political system that would last until the end of the universe.

The most diverse factions of U.S. politics swear to the same document: from Trump supporters carrying assault rifles into the Michigan legislature, to “resistance” Democrats voting to impeach the president — they all claim to be defending the Constitution.

The U.S. Constitution is not very democratic. The proof? The sitting U.S. president, who has vast, almost regal powers over a federal bureaucracy with two million employees, was elected with just 46.1% of the votes — and only 27% of eligible voters.

The U.S. Constitution gives power to smaller states at the expense of larger ones and favors rural citizens over their urban peers. There is one U.S. senator per 20 million people in California — and one per less than 300,000 people in Wyoming! The filibuster in the Senate means that theoretically, the representatives of just one quarter of voters can veto legislation for the entire country.

The protests sweeping the United States are a sign that the constitutional regime is reaching an impasse. A fanatical faction of the Republican party is blocking even the most basic aid while 40 million people are unemployed.

Bernie Sanders’s campaign had offered hope that desperately needed reforms could be won within the institutions. Those hopes were dashed when Sanders capitulated to the Democratic Party’s establishment — he did what he had always said he would do and endorsed the Democratic establishment’s nominee. Now, a big section of young people has come to the conclusion that changes can only be won on the streets.

You Might Be Interested in: If There Is to Be Any Future for the U.S. Left, We Must Break with Sanders and the Democrats

Origins of the Constitution

None of this is exactly an accident. The bicameral system (with two houses of parliament) was specifically designed to prevent the majority from exercising its will. The Senate was designed to represent the interests of wealthy elites better than the more directly elected House of Representatives could. James Madison was very explicit at the Federal Convention that real democracy would endanger the interests of large landowners like himself:

In England, at this day, if elections were open to all classes of people, the property of the landed proprietors would be insecure. An agrarian law would soon take place. […] Landholders ought to have a share in the government […] They ought to be so constituted as to protect the minority of the opulent against the majority. The senate, therefore, ought to be this body; and to answer these purposes, they ought to have permanency and stability.

Senators were originally not elected, but appointed by state governments. Their long terms were intended to shield them from the demands of the masses. These “checks and balances” represented the contradictory forces at the birth of the new republic. A large part of the population had actively supported the war for independence from Britain with its democratic ideals. But the “founders” — wealthy landowners, many of whom owned other human beings — designed a republic to protect their own interests.

U.S. democracy therefore includes not only a once-unelected Senate, but also an Electoral College that prevents the direct election of the president. The judicial branch is also not directly elected. This is often praised as a prudent system of “checks and balances” — but what is being “checked,” and what is being “balanced”? These are nothing more than restrictions to the majority exercising its will democratically. The majority, for example, might decide to break up large estates and distribute the land to small farmers — this is “checked” and “balanced” by institutions loyal to the elites.

On top of everything, the U.S. Constitution is virtually impossible to change, requiring super-majorities in both houses and ratification by three fourths of states for any amendment. This bar is so ridiculously high that even simple changes like the Equal Rights Amendment — which would establish gender equality in the Constitution — have been waiting for ratification since 1923. It is no wonder that the most significant change to the U.S. Constitution — the abolition of slavery — required a civil war. And even this degraded democracy is too much for the U.S. ruling class, who introduce all kinds of restrictions to prevent working people from participating in elections.

It’s not just the United States, though. Every capitalist “democracy” has mechanisms designed to protect the interests of the capitalist minority. As the Italian Communist Antonio Gramsci wrote in 1926:

In England itself, homeland and cradle of the parliamentary regime and of democracy, Parliament is flanked in government by the House of Lords and the Monarchy. The powers of democracy are in reality null. It does not exist. […] And does democracy perhaps exist in France? Alongside Parliament there exists in France the Senate, which is elected not by universal’ suffrage, but by two levels of electors who in their turn are only partially an expression of universal suffrage; and there also exists the institution of the President of the Republic.

As socialists, we do not think that capitalist “democracy” can ever be truly democratic. Every capitalist “democracy” is based on the rule of a tiny minority who control the means of production and exploit the labor of the majority. They rely on all kinds of divisions — racism, sexism, homophobia, etc. — in order to keep workers divided and keep themselves in power.

This means that when the Trump administration attacks basic democratic rights, we defend bourgeois democracy not by “voting blue” — the Democrats have no program for more democracy –  but rather by fighting on the streets. The recent weeks of protests have won more concessions from the ruling class than decades of voting for the Democratic Party ever has.

And as socialists, we fight for radical democratic changes to the constitutional order.

This means abolishing the Senate in favor of a unicameral legislature. This would, just as the enslavers who wrote the U.S. constitution feared, much better represent the “passions” of the people over the interests of the gentry.

This means abolishing the Supreme Court, whose judges are not elected but instead appointed for life. Currently, a handful of mostly male, mostly white, very aged judges decide on individual reproductive choices and many other things.

This means abolishing the imperial Presidency with its almost unlimited powers, unchecked by anything other than a vote by two thirds of the aristocratic Senate.

This means calling for voting rights for everyone living and working on the territory of the United States, regardless of their origin or immigration status or whether they are incarcerated. There is no “democracy” if large numbers of working people are excluded from it.

This means that elected representatives should be directly accountable to their voters. They should earn the same as a public school teacher and be recallable at any time.

Trotsky raised demands like these in France in 1934, a country with an extended history of bourgeois democracy that was under threat by fascists:

Down with the Senate, which is elected by limited suffrage and which renders the power of universal suffrage a mere illusion! Down with the presidency of the republic, which serves as a hidden point of concentration for the forces of militarism and reaction! A single assembly must combine the legislative and executive powers. Members would be elected for two years, by universal suffrage at eighteen years of age, with no discrimination of sex or nationality. Deputies would be elected on the basis of local assemblies, constantly revocable by their constituents, and would receive the salary of a skilled worker.

The Constitution and the Left

The U.S. Constitution makes it virtually impossible for anyone but the two big parties of capital to gain representation. Almost half of Americans favor socialism, but there has not been a socialist party in Congress since 1923, and the Democratic Party has allowed just a handful of social democrats into Congress.

In the last 100 years, different sectors of the U.S. Left — from the Stalinized Communist Party in the 1930s, to social democrats like Michael Harrington in the 1970s, to the DSA majority and Jacobin magazine today — have looked at this undemocratic regime and concluded that the Left has to work inside the Democratic Party.

The results of this disastrous policy are clear: rather than socialists pulling a bourgeois party to the left, the bourgeois party pulls socialists to the right. Jacobin, for example, once argued it was preparing for a “dirty break” with the Democratic Party. But now the magazine is campaigning aggressively for people to stick with the Democrats. And all the prominent “socialists” in the Democratic Party have come out in favor of the racist, neoliberal corporate shill Joe Biden.

The undemocratic nature of the U.S. regime does not mean we should adapt to one of the two parties of capital. Quite the opposite: We need to fight for profound democratic changes in order for the working class to have a voice in the political sphere. As Leon Trotsky put it: “A more generous democracy would facilitate the struggle for workers’ power.”