A high profile raid on ISIS militants in Northwest Syria is the latest in a series of actions designed to bolster the failed “war on terror” as well as President Biden’s plummeting poll numbers. The U.S. media is playing along just as it always does. 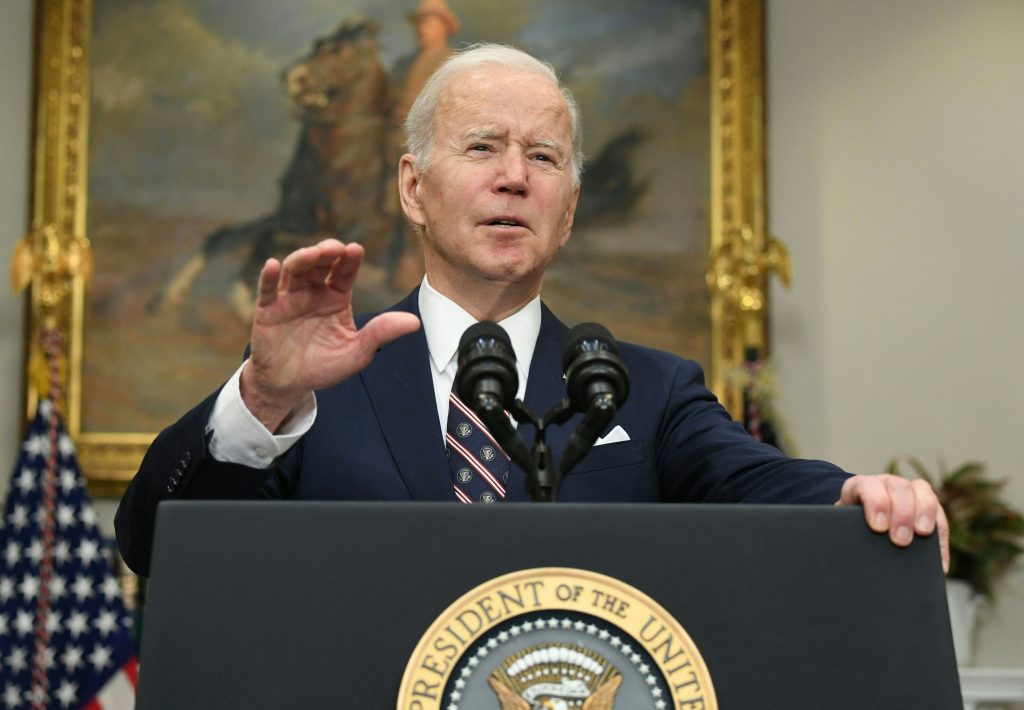 On Thursday, President Biden announced that U.S. special forces had successfully carried out a raid in Northwest Syria against supposed ISIS leader Abu Ibrahim al-Hashimi al-Qurayshi. The raid, which included Apache helicopters and at least two dozen Army Delta Force commandos, resulted in the death of al-Qurayshi and several civilians, including at least four women and six children. There were no U.S. casualties. The attack is the latest in a series of airstrikes and actions ordered by Biden against targets in Syria, including several airstrikes last month in defense of the U.S.-backed Syrian Democratic Forces that are battling ISIS in the north of the country.

In a departure from standard U.S. military tactics, President Biden opted for a high-profile raid instead of the usual indiscriminate airstrikes that have defined U.S. intervention in the region since the invasion of Afghanistan in 2001, and which have taken the lives of hundreds of thousands of civilians. Like other high profile raids on militant leaders, the action was as much about perception as it was about strategy. With Biden’s poll numbers reaching record lows, the timing of the attack is no accident and is clearly an attempt to bolster the President’s image as a tough military leader. Indeed, Biden’s announcement was as bellicose and triumphalist as any of his predecessors’ after similar killings of high ranking militants. Standing in front of a portrait of the former U.S. imperialist military leader and president, Theodore Roosevelt, Biden called al-Qurayshi a “coward who chose to blow himself up… rather than face justice for the crimes he has committed,” and bragged of the success of the operation and the ability of the U.S. military to strike anywhere across the world.

“This operation is testament to America’s reach and capability to take out terrorist threats no matter where they try to hide,” he said. “We will come after you and find you.”

In response, the Bourgeois media has largely cheered the president on, reporting on the raid in a series of blow-by-blow descriptions more reminiscent of an 80s action film than actual reportage. These outlets have repeatedly and uncritically reported Biden’s claims of al-Qurayshi being responsible for his own death and the death of his wife and children by blowing up a suicide vest. Biden excused this by saying that terrorists choose to surround themselves with women and children, directly blaming the people killed for the “collateral damage.” Adam Schiff, chairman of the House Intelligence Committee, paid lip service to the possibility of an investigation into the civilian casualties but not before adding that ISIS leaders have a tendency to use “human shields,” a phrase that has been thrown around to justify indiscriminate use of force by U.S. imperialist forces in the region for decades.

Biden chose this moment to carry out this airstrike to bolster his image during a moment of low popularity. The midterm elections are less than a year away, and he is polling lower than Donald Trump did at the same point in his presidency. Since the release of these poll numbers and the failure of the already compromised Build Back Better and Voting Rights Bills, the Biden administration has been desperate to portray him as a strong president. With rising inflation and increasing exploitation of workers during the pandemic, the Biden administration has only two tricks left to salvage its image: fear of Republicans and fear of “foreign enemies.” When they cannot convince voters of their ability to protect working-class people, the Democrats always resort to selling us fear.

The conflicts with Russia over Ukraine and now this airstrike in Syria are the latest examples of how the U.S. government uses foreign conflicts not just to impose its hegemony internationally but also to win support nationally through fear mongering and jingoistic militarism.

It is common practice for the U.S. regime to wax and wane strategically between diplomacy, airstrikes, and foreign wars to maintain its rule. This is not too different from how it uses co-optation and racist police repression domestically for the same purpose. Foreign wars and airstrikes do not keep anyone safe here or abroad. Just as we demand an end to racist police violence, we must also call for an end to military occupation and wars abroad.