With the recent passage of the $741 billion National Defense Authorization Act and even greater defense spending through the Senate Republicans’ proposed coronavirus relief package, the U.S. has unprecedented authority to attack the working class here and abroad instead of providing pandemic relief. 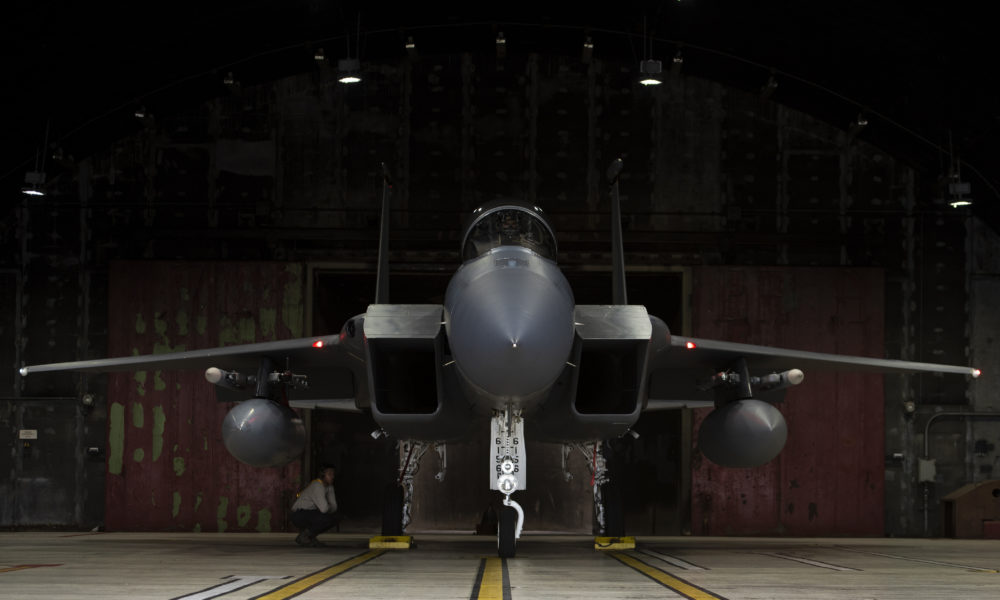 On Thursday, the U.S. Senate overwhelmingly passed a $741 billion military spending package after the Democrat-controlled House did the same last Tuesday. The National Defense Authorization Act for fiscal year 2021 is projected to be a $3 billion increase from the previous year.

The U.S. is due to continue spending more on its imperialist military than the next 10 or more countries combined. In the context of a pandemic and escalating tensions with China, the government’s war on the working class and poor could not come at a more repugnant time.

A group of progressive Democrats, including Bernie Sanders, had pushed to divert 10 percent of the budget to jobs, health care, and education and to accelerate the withdrawal of U.S. troops from Afghanistan. However, they were unceremoniously blocked by a large majority of their fellow Democrats: 37 Democratic Senators voted with Republicans to reject the military budget cut.

As federal officers and militarized police across the country continue to repress protesters following the brutal murder of George Floyd in Minneapolis, the Senate has also rejected an amendment to limit the 1033 program. The program, which was expanded by Trump in 2017, allows for the transfer of military gear, including tear gas, grenade launchers and weaponized drones, to local police departments. While the militarization of police officers is nothing new, the 1033 program has made it easier for police to have access to gear from the U.S. military to brutally face off against protesters.

Under pressure from the continued protests over systemic racism and police brutality, the House and Senate did pass an amendment sponsored by Elizabeth Warren that would force the removal of Confederate names from Army bases despite threats from Trump to veto the measure. This type of political concession is representative of what the Democrats have been doing for years: giving us symbolic victories rather than structural change. Without a doubt, the latest military budget is an affront to the working class who will bear the brunt of increasing austerity and military provocations, while the defense industry enjoys record profits and American imperialism tightens its grip around the world. Democrats clearly are not concerned with addressing the increasing burdens of working people and the poor.

A new $1 trillion coronavirus relief package proposed by Senate Republicans could hit U.S. workers even harder. While congress debates whether to slash enhanced unemployment benefits to $200 from $600, $29 billion from the package would go to defense spending on top of the whooping new defense bill that just passed. $7 billion of this would go to weapons programs and $11 billion to reimburse defense contractors for coronavirus-related expenses. The CARES Act that passed in March had already allocated $10.5 billion to the Defense Department for coronavirus-related spending.

As more and more people are driven into poverty due to the pandemic and economic crisis, capitalist parties like the Democrats and Republicans have shown their indifference to providing relief as they do the bidding for the capitalist class in the halls of government. They will support a 3 percent pay raise for troops, but give everyone else crumbs.

At the same time, U.S. militarism is threatened by China’s ascent as a capitalist power while U.S. capitalism continues its decline. Both Donald Trump and Joe Biden are aggressively running “tough on China” campaigns and spinning up geopolitical provocations that divide the working class. In response, $1.4 billion in the latest budget was allocated for the Pacific Deterrence Initiative, a new military fund aimed at confronting China through greater U.S. military deployments in the Indo-Pacific region. While economic and political tensions rise on both sides, the working classes in both countries are caught in the middle.

The U.S. military budget, which is a product of the pro-imperialism of the entire legislature generally passes with broad bipartisan support. The highest budget in recent years came in 2010, under the tenure of former Democratic President Barack Obama. That year, the Pentagon spent $850 billion (when adjusted to 2018 dollars), over $100 billion more than the current bill that was passed.

While so-called anti-war politicians like Ilhan Omar and Bernie Sanders position themselves against war hawks and use anti-imperialist rhetoric, they have voted in favor of funding the U.S. military machine that continues to oppress the working class around the world. Another reality is possible. A socialist working within a  working class party would vote against any and all funding to the military without exceptions. Until then, socialists must take a stand against the latest egregious military budget passed by the country’s bipartisan regime and denounce military spending in the midst of a capitalist crisis that, along with U.S. imperialism, deprives and divides the working class.