U.S. Military Left behind Biometric Tracking Technology. The Taliban Is Already Using It to Track Afghans

The U.S. military helped design and build technology to identify Afghan civilians and collaborators who worked with the fallen government, U.S. forces, or NGOs. With the U.S. withdrawal and fall of the government, the Taliban has these data now. 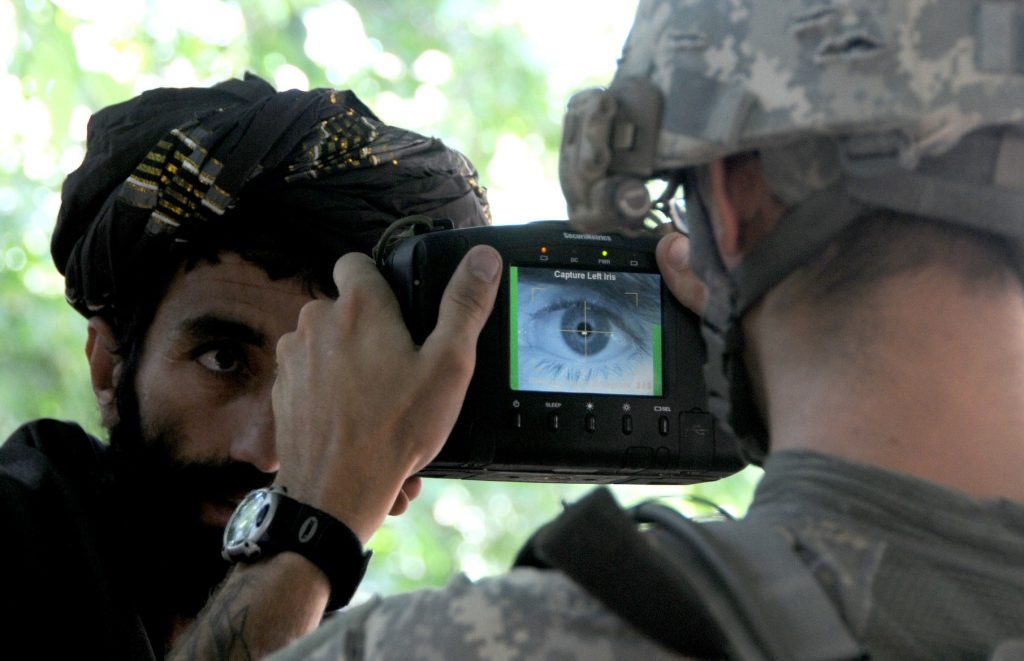 U.S. imperialism is once again treating its collaborators in the less-developed world as fodder, with no regard for their lives once they are no longer of use. An activist group called Human Rights First announced on Monday that it believes databases full of biometric data used to identify Afghan civilians, left behind by the U.S. military and the collapsed Afghan government, have fallen into the hands of the Taliban.

The United States military has been collecting biometric data, including iris scans and fingerprints from Afghans, since at least 2010. Back then, the technology was used to collect data about Afghan civilians who came into contact with U.S. forces, in order to identify Taliban insurgents as their data would not be in the database. The Afghan government also made use of biometric data to create biometric ID cards, called ”Tazkira,” for use at polling sites. This process would never be tolerated by most of the American public, although the Department of Homeland Security has been collecting biometric data from all visa applicants and those applying for immigration benefits for quite a while, and American police forces have taken the fingerprints of arrestees for nearly a century. The U.S. and its allies are known to test out surveillance technology on occupied peoples, before importing the technology to be used against protestors and working-class people in the United States.

Welton Chang, chief technology officer at Human Rights First, told the Thomson Reuters Foundation that the databases designed and built with help from U.S. military forces could be used to “target anyone who was involved in the previous government, or worked in an international non-profit, or was a human rights defender.” There have already been reports that the Taliban is doing door-to-door searches for “government officials, former security forces members and those who worked for foreign non-profits.” The group has used biometric databases to target and execute people before, as in 2016 when it executed 12 Afghans after checking their biometrics against a database of security force workers.

Technology reporters and digital rights groups have begun asking Twitter and Instagram, as well as universities, government offices, and aid agencies, for help deleting old accounts with photos and personal information of Afghans that they fear the Taliban could use to identify people. USAID has also told partners to go through social media accounts and websites to delete photos and personally identifiable information about Afghans.

In further evidence that the wielding of surveillance technology against oppressed people is an international issue, Human Rights First has now adapted a guide on evading digital tracking and avoiding identification using biometric data into Pashto and Dari (the official name of Afghanistan’s version of Persian Farsi). They originally wrote the guide last year for activists protesting the authoritarian government in Hong Kong.