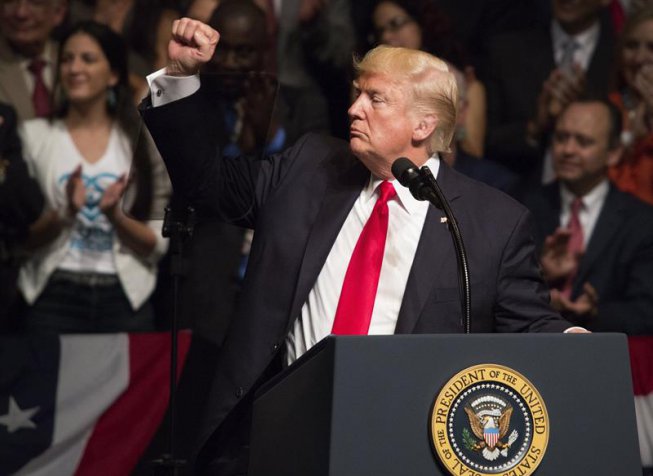 In case anyone has been wondering why it feels so much colder lately, one might be able to chalk it up to two causes: either winter has come at last, or that crisp air is what the return of the Cold War feels like.

Following up on a campaign promise to staunchly conservative Cuban-Americans in Miami, Donald Trump’s administration announced his plans to roll back the progress made by his predecessor Barack Obama, and tighten economic pressure on Cuba’s government. These announcements were made last week, while Trump was on an overseas trip to Asia.

The new economic sanctions, which took effect Nov. 9, are aimed at making it more difficult for Americans to travel to Cuba — or at least that is how they are billed. In truth, the new policies — which had initially been announced in June — serve two purposes: to continue an economic stranglehold over businesses — mostly hotels — owned by the Cuban government or military, and to bolster rental vacation websites like Airbnb.

Concerning the first point: barring American travelers from being able to stay in hotels or do business with any entities owned or funded by the Cuban government not only deprives the Cuban people of the vital services — like universal higher education and health care — which are made possible by the success of those businesses, but it also reinforces the longstanding economic imperialism of the United States by forcing its people to spend their money with European- and American-owned, neoliberal corporations like Marriott International.

Essentially, the U.S. has sent a clear message to Cuba that Americans can travel to the island nation, but cannot contribute in any way to ending the suffering of Cubans who have long been marginalized in the global political economy because of the U.S. embargo.

Among the list of now-restricted hotels are all Gaviota and Habaguanex hotels, including the historic Hotel Ambos Mundos — known as the frequent locale of Ernest Hemingway — and almost all major hotels in Cuba’s famed beach city of Varadero.

The only remaining option for American visitors to the Caribbean’s largest island who do not wish to expend their labor value with American and European corporations is to stay in individual homes in Cuba, popularly called in Havana habitaciones.

These rentals, however — almost always run by individuals with access to an extra apartment or living space in their own homes — are regulated through the American home rental company Airbnb.

These new sanctions are aimed at both manufacturing economic hardship for the Cuban people, and maintaining a relatively steady flow of Americans travelling to the country by forcing them to spend money with American companies.

Despite this already obvious negative effect on the people, U.S. Sen. Marco Rubio lambasted the new sanctions for not going far enough to strangle the Cuban government.

The Cuban-American lawmaker from Miami said the new sanctions should have included more Cuban companies that receive monetary support from the government.