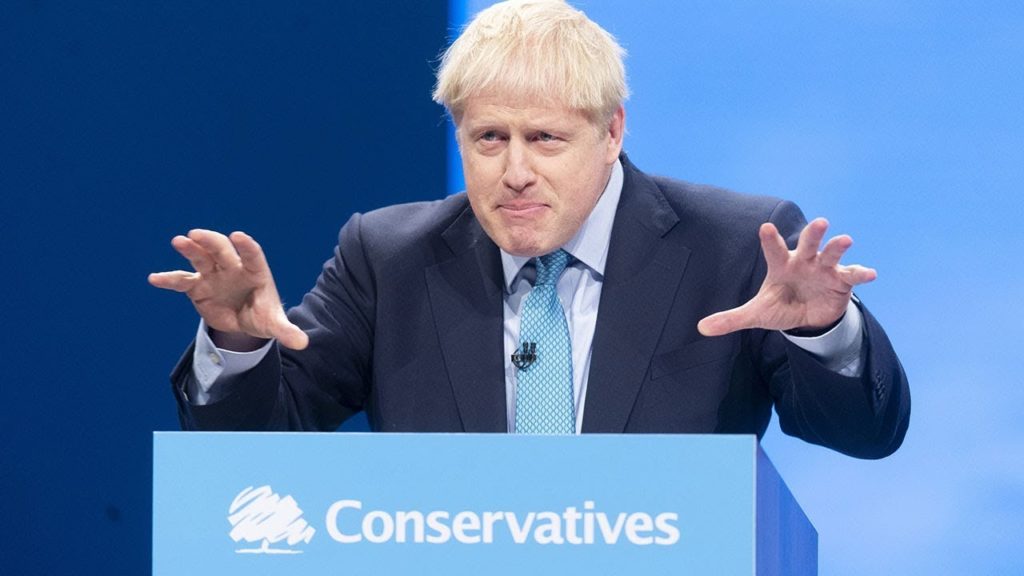 The Conservative Party of British Prime Minister Boris Johnson won a large victory in the general elections held this Thursday. The party won around 364 seats, an increase of more than 60 since the last election. This result gives Johnson an absolute majority in Parliament, surpassing half plus one of the number of seats in the (lower) House of Commons of the Westminster Parliament. This is a change from the hung parliament of the past few years.

The Labour Party, led by a favorite of the U.S. left Jeremy Corbyn, won 203 seats. Of the other parties, the pro-Europeans of the Liberal Democratic Party won 11 seats, while the Scottish Nationalist Party (SNP) won 48, taking almost the total of the 59 that correspond to that country in the House.

Johnson has achieved a significant victory that leaves the way open to advance his Brexit proposal. Johnson based his campaign on the promise to leave the European Union (EU) by January 31, 2020. The result is the largest absolute majority for the Conservative Party since 1987, when Margaret Thatcher won 376 seats.

On the other hand, the Labour Party had its worst showing in generations. The result is being viewed as a major defeat for Jeremy Corbyn, whose leadership at the head of Labour has been questioned by the right wing of that party. Corbyn has announced that he will step down as leader in the new year, after a period of reflection as a party.

Despite the poor result, Labour managed to conquer new generations of young people who joined thousands in campaigning in areas considered “marginal” (with little difference in votes between conservatives and Labour). Organized in chat groups on social networks and sharpening the campaign speeches through Internet training forums, since the announcement of Corbyn’s electoral proposals, a real army of young people came out to win the vote. One fact that showed this support among youth sectors is that in the 2017 elections, 66% of voters aged 18 and 19 and 55% of those in their thirties chose Labour.

Brexit appears to have been a major factor in the outcome of the election. It was a polarized campaign, with Johnson focused on taking advantage of the sectors of the population that support Brexit, even sweeping the ultranationalist Brexit Party of Nigel Farage.

The result, although broad, does not guarantee a simple future for Boris Johnson. Even with a comfortable Johnson victory, which theoretically allows him to approve without difficulties the Brexit agreement he reached with Brussels, a lot can happen between now and the end of 2020. The Eurosceptic sector that has contributed to his victory will surely press against any concessions to Brussels during the negotiations of the future trade agreement.

Johnson has said on several occasions that in the face of a hard break with the European Union, the possibility of a free trade agreement with the United States would bring a solution for the British economy. What is certain is that beyond the sympathy that President Donald Trump may have with the British, this situation is something that worries the big British capitalists who enjoy a privileged relationship with the European bloc, to which a large part of its exports are directed, not to mention the City of London that has become the main financial market of the EU.

The other focus of conflict is Scotland. The Scottish National Party (SNP) has become a powerful third force in Westminster. Since the formation led by Nicola Sturgeon assured, shortly after the first results are known, that if Brexit advances there will also be a new independence referendum in Scotland, where the majority of the population supports staying within the European Union. The territorial confrontation will intensify in the United Kingdom.

The Irish issue is another cloud in the British Government’s skies. The possibility of unity between the Republic of Ireland and Northern Ireland is opened up, given that the agreement that Johnson wants to sign with the EU means that both countries will be able to join forces.

Johnson was also carried back to power with the aid of a coordinated media campaign against Corbyn. Corbyn was called an anti-semite in the press–largely due to his continued support of Palestine–and faced heightened scrutiny for his economically progressive policies.