Unable to Contain the Internal Crisis, Trump Continues the Push Against China

Blaming China for the pandemic has become the strategy of both Republicans and Democrats. This increases tensions between the countries and within the U.S. itself. While they try to divide the working class, capitalist interests are protected. 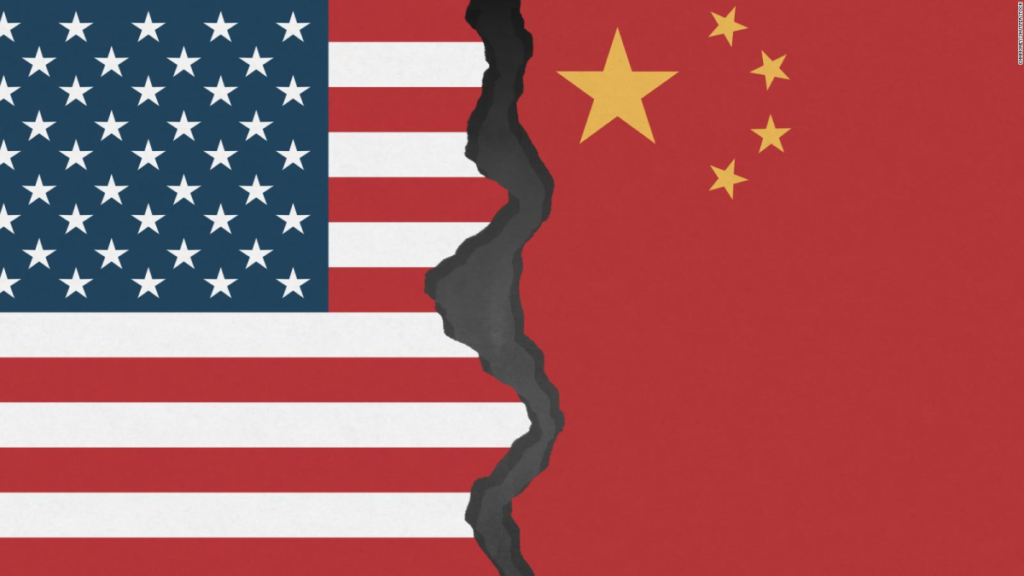 Donald Trump continues his escalation against China. Another of his outbursts to the press, this time against an Asian-American journalist from CBS News, Wiejia Jiang, recently traveled around the world; when asked if mass testing was enough in the face of rising infection and death, the president said, “Ask China.”. Recently, he also suggested in an interview with Fox News that the U.S. could cut off all relations with China. The president said this would benefit the U.S. economically, that he would not talk to Xi-Jinping, and that the trade agreement initiated with China may be a thing of the past.

The strategy of blaming China will be an important aspect of the Republicans’ election campaign. With the pandemic out of hand, the U.S. government is trying to find someone to blame while also trying to weaken Chinese influence on the international stage. The strategy of the external enemy is once again aimed at appeasing a weakened Republican base that is being hurt by the economic crisis.

The government faces a country more divided every day. Trump is blaming the blue states for asking for federal funds, while red states get help if they ally with the leadership. Among the Republicans themselves, there is no consensus on how to carry out the reopening of the country, which is already underway in several states, without everything ending up in a health catastrophe. The Republican Party’s electoral agenda had been to use a narrative on the supposedly good economic indicators, and this agenda is now impossible. With the country hit by the economic crisis and 20% unemployment, the government is calling for “China to pay.” A group of Republican senators in favor of a more aggressive policy with the Xi-Jinping government has proposed laws to sanction Beijing. Accusations range from negligence by authorities in the first weeks after the outbreak in Wuhan to the concealment of data and to conspiracy theories claiming that COVID-19 was created in a laboratory in Wuhan, a theory for which Secretary of State Mike Pompeo claimed to have “conclusive evidence” but which was later denied by intelligence services. Senator Tom Cotton went so far as to say that, once the pandemic broke out, China deliberately allowed the virus to leave its borders so that it would not be the only country affected. The intelligence services are also playing a role in accusing China of both hiding data and hacking into U.S. investigations into the COVID-19 virus.  This rhetoric has been shown to be gaining support among the population, which today is in the crossfire of the pandemic and the debacle of the economy.

This aggressive turn against China has had its consequences on the government itself and also on the health response. Trump has turned to increasingly unilateral positions, choosing to echo the more radical right-wing hawks, who suggest sanctioning China, and dismissing the “globalists” who insist on the need for economic ties with China. The decision to reopen the economy has caused a break in the health care front, starting with Anthony Fauci, who testified in the Senate against a premature reopening. However, in addition to the unmanageability and recklessness that Trump is showing, the policy of holding China accountable has also caused common research between American and Chinese scientists to be blocked or underfunded. For example, the New York-based EcoHealth Institute, which received funding from the Obama administration, has so far taken cuts of over 3 million dollars, its budget for several years.

These failures, coupled with the repeated underestimation of the virus, the decision to defund the WHO for “acting on behalf of China,” and even bizarre health advice such as drinking bleach, has created such a damaging health policy that health officials are distancing themselves from the White House. Meanwhile, despite the denial of the impact of coronavirus, several White House employees have tested positive for the coronavirus, and Vice President Pence himself is isolating from Trump, causing a lack of reliability in the official message. Trump’s consensus within the Republican Party is weakening in the face of the election, and he no longer has the support of the more conciliatory wings of government. Even a number of officials with expertise in relations with China, many of them Asian-American, left Trump’s staff of advisors even before the pandemic, and the ones remaining can now be counted on the fingers of one hand. Within this framework, Bonapartist tendencies are strengthening, as shown by the use of the Defense Production Act to reopen the meat industry, which caused thousands of workers to be infected by the lack of controls, the defunding of the WHO, the pressures against blue states to declare themselves in bankruptcy instead of requesting federal funding, and the president’s encouragement of anti-quarantine mobilizations against several governors.

This rhetoric encourages xenophobic and racist positions: attacks against Asian-Americans on U.S. territory are reported to have increased. There is even a campaign ad against Biden that intentionally shows Obama’s former ambassador to China, Gary Locke (who is Asian American), calling the Democratic candidate “Beijing-Biden.”. Anti-science stances are also strengthened, as seen in the viral popularity of the documentary Plandemic, which warns of a global conspiracy between China, Bill Gates, and the pharmaceutical industry and gives voice to anti-vaccine activists and charges against the use of masks and social distancing. Possibly, the extreme right sectors that are demonstrating against the social distancing measures and have come to lead armed protests, are the ones that Trump addresses in his permanent refusal to wear a mask in public since the coronavirus crisis began.

The Democrats have also engaged in this reactionary rhetoric, and even go beyond the GOP, with the candidate Joe Biden at their head. Biden’s campaign accuses Trump of being “too soft” on China and relying too much on the Xi-Jinping government and its statistics at first. Both parties are making use of the mistrust of the Chinese government that polls show is fueled by discontent with the crisis. Instead of providing solutions to the problems of the working class, especially the most impoverished sectors, both parties seem to be betting on division and anger among the working class to be directed at anyone but the rich.

The pressures from the United States have finally found some echo in the international arena. The WHO chose to send a mission to China to investigate the possible cover-up of data. This mission has failed to access reports issued after the first days of the outbreak in Wuhan or report more concluding evidence against China. The German government and media are also talking about asking Xi-Jinping for reparations; France and Australia have joined the U.S. in this campaign as well. This has provoked a response from the Chinese authorities, who are also leading a strong anti-U.S. campaign through media publicity, not only on Chinese territory but in other Asian and Middle Eastern countries as well.

The United States and the countries of the European Union fear the growing Chinese influence through humanitarian aid and the export of medical supplies and technology. However, their efforts to counter this influence do not imply that the U.S. can simply break with China; this would first and foremost harm the health response at a time when up to 1,800 people a day continue to die in the US, as the government cannot immediately replace the supply chains. It would not be able to immediately relocate the affected industries, not just medical but also the tech companies and others, especially in the context of the crisis, and such an action would also hurt the farmers who depend on China to buy their products.

Tensions between the two countries are becoming more pronounced in the heat of the crisis, as both hope to emerge with an advantage in order to market the vaccine or successful treatment against the coronavirus, or at least to crush the enemy and gain ground internationally. This criminal competition is taking place over the lives of millions and millions of people, of whom the most affected are the workers, minorities, and peoples who suffer from imperialist oppression. The globalizing discourses are far behind us: the capitalist governments only offer disaster. An international response to the pandemic will not come from them —  only from the working class.