Under Capitalism, Hunger Is Always Just Around the Corner

Another U.S. presidential election campaign is nearly over. There’s been hardly a word from the major-party candidates about one of the most pressing issues confronting more and more people across the country: hunger. 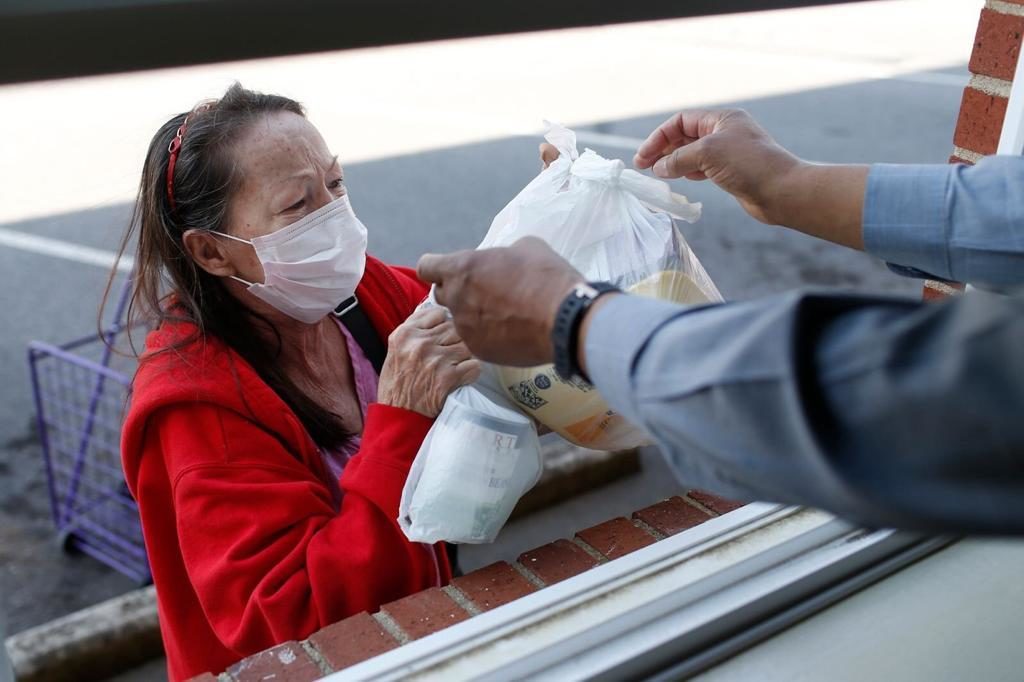 In the year before the coronavirus pandemic, some 38 million people in the United States — 12 percent of the population — were officially living below the official government poverty line ($25,750 in earnings or less per year). That included more than 15 million children.

The federal poverty level, set by the U.S. Department of Health and Human Services, is the minimum amount of money the bureaucrats in Washington think a family needs each year to afford the basic necessities of life: food, clothing, shelter, and transportation. Even most capitalist economists consider anything below twice that amount to be “low income.” No wonder, then, that the number of people in the United States living in households considered “food insecure” — meaning they have limited or uncertain access to enough food for every person to live an active, healthy life — is far greater. In fact, an estimated one in nine people in this country struggle with hunger. This despite that more than 12 percent of the U.S. population receives food stamps — which are clearly woefully inadequate.

Did I mention the United States is the richest country in the world? Of course, you probably knew that. You may also have read that at least 8 million more people have fallen into official poverty since the pandemic began.

People in the world’s poorest countries — superexploited by U.S. imperialism — are subjected to impoverishment and hunger at a scale difficult to imagine in the United States. On September 11, 2001, when about 3,000 people were killed in the infamous terrorist attacks on this country, an estimated 35,000 men, women, and children died of starvation around the world. But how can it be that hunger is a persistent problem in wealthy America, even when there’s no coronavirus ravaging the economy? And why wasn’t hunger ever part of the debates or campaign speeches of Joe Biden or Donald Trump?

It turns out the answer to both those questions is the same: capitalism.

Food as a Commodity

Under capitalism, food isn’t produced to feed people. It’s produced because people need to eat, and selling food to those people is a way to garner profits.

Under capitalism, food is a commodity, what Karl Marx defines as “an object outside us, a thing that by its properties satisfies human wants of some sort or another. The nature of such wants, whether, for instance, they spring from the stomach or from the fancy, makes no difference.” The capitalists simply salivate over this definition. They work overtime on commodification — subordinating anything and everything they can to the logic of capitalism — so they can force us to treat those things in terms of their monetary or exchange value. It doesn’t matter what it is: food to fulfill the want that spring from the stomach is an obvious, and physically tangible, example, but this runs the gamut all the way to “friendship” on Facebook. Marx explains that it doesn’t matter whether “the object … satisfies these wants … directly as means of subsistence, or indirectly as means of production.”

With food as a commodity, it’s no wonder people the world over go hungry and starve to death. If food cannot be commodified, it doesn’t matter that it has use value for humans. There’s no money in that for the capitalist. The farmer who has grown food that cannot be sold has no incentive under capitalism to feed the hungry; if it cannot be sold, he’ll just let it go unharvested, or sometimes even destroy what he’s already reaped.

Under the logic of capitalism, no one cares whether you go hungry, or whether your children are malnourished. If you don’t have the money to buy the food commodity, that’s your problem. If you do, the multibillion-dollar food industry is happy to sell you something to eat. That simple rule is the same whether you pay in U.S. dollars or the Congolese franc, the currency of the world’s poorest country.

That industry, by the way, is one of the most highly concentrated in the world. Ten food companies control nearly every item in your grocery store in the United States. This includes even iconic brands that have hoodwinked most people into thinking they represent something different — like Ben & Jerry’s, the ice cream company, which is owned by Unilever.

Capitalism is predicated on not guaranteeing any of life’s necessities, but instead on making money off their sale. Food is no less a right under U.S. capitalism than is healthcare. Food stamps, school-based free breakfast and lunch programs, and all the other food-related “entitlements” — the cynical word used by capitalist politicians — exist because the working class struggled for them. They’re far from sufficient — imagine the pangs of hunger of schoolchildren all summer when those breakfasts aren’t provided — and they can be and often are taken away at a moment’s notice. These programs are under attack during the pandemic; on October 18, a federal judge stopped the Trump administration’s attempt to end food stamp benefits for nearly 700,000 unemployed people — part of an assault that includes a plan to limit access for the families of the so-called “working poor.”

The global economy is in crisis. Capitalism is teetering on the precipice of a worldwide recession, forecast even before the outbreak of Covid-19. Now, with the pandemic persisting and getting worse in the United States, the ability of people to purchase the food needed to sustain life is being seriously called into question. The struggle for economic survival that is a feature of life in the underdeveloped world is beginning to permeate the American landscape.

The New York Times reported in early September on the huge influx of people looking for help from food banks and other programs. The article, which opens with the story of a family in Lakeside, California, in eastern San Diego County, was aptly titled “Just Because I Have a Car Doesn’t Mean I Have Money to Buy Food”:

This is America: a family crammed in a minivan driving mile after mile across San Diego County, first to one food giveaway and then to another and then to more.

To Mary’s Donuts, in rustic downtown Lakeside, for day-old chocolate frosted, maple-and-bacon glazed and pastries the size of catcher’s mitts.

Sixteen miles west to Jewish Family Services for big, fresh mangoes, boxes of hard-boiled eggs, cheese and lamb stew. Another 20 minutes south to the Ocean Discovery Institute for diapers and school supplies. To the Salvation Army for bottled water, oatmeal, a cake. All of it piled high into the back.

In Salem, Massachusetts, reported the Boston Globe, the food pantries have seen a 400-percent increase in demand:

Hunger cuts across populations here. At the Salem State pantry, college students and some employees affiliated with the school come each week, as do neighbors. At Palmer Cove Park, in a neighborhood that’s home to many Latino families, most of those who waited in line on a recent Saturday spoke Spanish. Frail seniors wheeled carts stacked with peanut butter, macaroni, and shelf-stable milk. A middle-aged man in camouflage told volunteers he hoped his appointment at Lahey Medical Center in Peabody would alleviate his excruciating back pain.

Soon enough, capitalism promises to make stories like this so ubiquitous in the United States that they will hardly qualify as “news.”

Again, none of this has anything to do with a shortage of food, just a shortage of money to buy something that actually exists in abundance. Incentives under capitalism actually lead to the overproduction of food that is never delivered to anyone who will eat it. We have abundance in a system that operates deliberately to ensure that any surplus gets thrown away rather than distributed to eradicate hunger — because that system is driven only for profit.

This election will not solve the problem. It’s only going to get worse. Whether the next administration is under Biden or Trump, the crisis will march on, and the capitalists will push onto the shoulders of the great majority the burden of paying for it — which will mean cuts in food programs, not their expansion as more and more people grow hungry. That will happen just as more jobs are lost, and likely more homes are lost.

The only real solution is not, and will never be, on an election ballot: overthrowing this exploitative system and replacing it with a planned economy, under the control of the great majority of people, that puts human needs first. Abundance should mean the alleviation of hunger, not just a cynical sideshow as hunger expands.