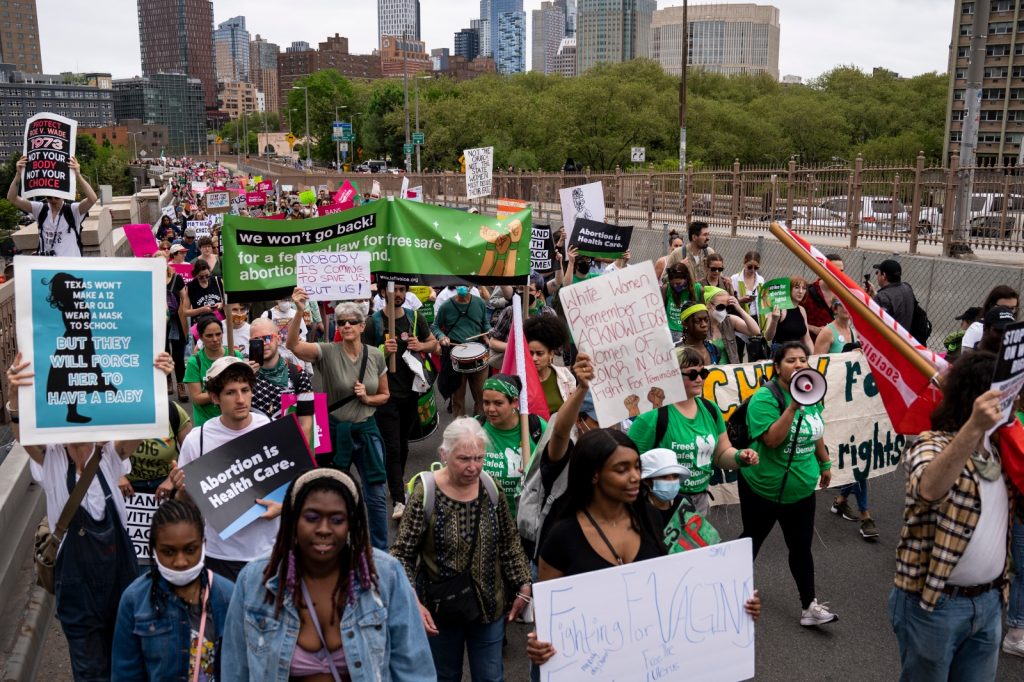 The rally to go “All Out For Abortion Rights” in New York City is scheduled for 7 PM EST today, Friday, June 24. Organizers will gather at 6:30 PM in Washington Square Park.

The coalition is organizing this protest under the following banner: for a federal law for free, safe, legal abortion on demand and without apology. Inspired by the mass movements in other countries like Argentina, the coalition believes a national law will only be won through a movement organized in our workplaces, schools, and in the streets. Just as abortion rights were initially won in the streets by committed organizers, and then codified by Roe, we will wage this fight to gain abortion rights for all via a mass movement.

“In Ireland, in Argentina, in Poland, and Chile, the abortion struggle has been fought on the streets, through direct action and unapologetic claiming of abortion as an inalienable right – not by electing politicians who will defend ‘the right to choose.’ It is this militant action that we will need in the United States if we want to win,” said New York City for Abortion Rights member, Emily Janakiram. New York City for Abortion Rights (NYCFAR), a member of the coalition, was formed five years ago to be part of an important left response to the right’s attacks on abortion rights.

“Roe v. Wade is being overturned, making abortion illegal in many states. The right wing is on the offensive and only a mass movement from below has the power to halt this all-out attack on women and LGBTQ people. We need to protest, walk out, occupy, and strike to send the message to the courts, the right wing, and both major parties that we won’t tolerate these attacks any longer,” said Socialist Alternative, another one of the groups sponsoring the action.

“The attacks on our rights are a labor issue, especially as working class people, especially people of color, will be bearing the worst of these attacks. For decades, politicians have convinced us that we are helpless to stop these attacks. They tell us to take our anger and fear to the polls election after election to make sure that even the nominal right to an abortion isn’t overturned. The legislature or courts will not save us — our rights will be fought and won through our own organizing. We can’t wait until November — which is why we’ll be taking to the streets today in response to the Supreme Court decision,” said Left Voice, another co-sponsor.

If your organization, union, or union caucus wants to join us in co-sponsoring this action, please get in touch at [email protected].

You can find the most up-to-date information on the rally here: https://www.instagram.com/left_voice/

A media kit with a full list of sponsors and flyers can be found here: https://drive.google.com/drive/folders/1KYBb8sQpYnFnb_3YkpC4Vqm5l-MU6HDN?usp=sharing

Socialist Revolution (Affiliate of the IMT)

Party For Socialism and Liberation – NYC

If When How CUNY Law