In the midst of the coronavirus pandemic, the Trump administration is blocking purchases by and deliveries to Cuba of medicines, ventilators, and other health supplies. 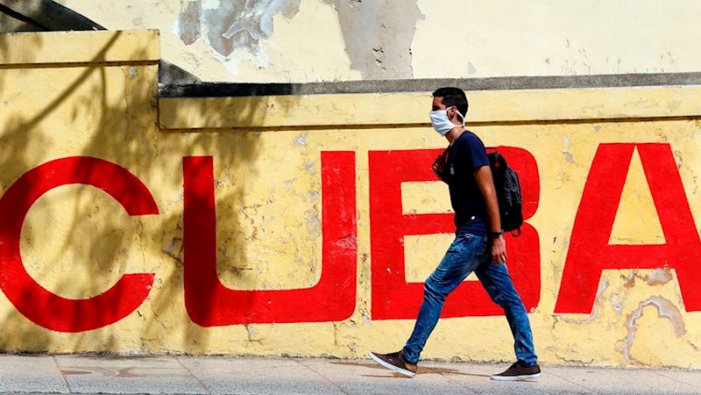 On April 13, the director of international relations at the Cuban Ministry of Health denounced a U.S.-imposed blockade on Cuban purchases of medical supplies. This took place after U.S. corporation Vyaire Medical acquired two companies that have regularly supplied the Cuban health system: Swiss manufacturer IMT Medical and ventilator company Autronic. After the acquisition, both companies told Cuba they would no longer be able to provide supplies.

This is part of the economic blockade the United States has imposed on the island since 1962, which includes sanctions against companies that do business with Cuba. Since then, and after the fall of the “Soviet bloc,” basic intermediate goods not produced on the island, or those that cannot be produced in sufficient quantities, must often be paid for in advance at inflated prices—conditions imposed by companies seeking to protect themselves from potential U.S. sanctions. In addition, many products must be purchased from distant countries, leading to much higher transportation costs.

IMT Medical and Autronic informed the Cuban state company in charge of importing health supplies of the change: “Unfortunately, the corporate directive we have today is to suspend all commercial relations with Medicuba; the only way that we can resume joint work is through an OFAC1Office of Foreign Assets Control license issued by the United States Treasury Department and which we don’t have yet.”

Since it was first imposed, the blockade has cost Cuba losses valued at more than $100 billion. It is an aggression almost unparalleled in the world, and one that is denounced year after year by the United Nations — which has repudiated the blockade 15 times in the General Assembly, each time systematically ignored by successive U.S. administrations. After a brief and partial relaxation during the Obama administration, Trump’s arrival in the White House led to a further tightening of the blockade.

Today, with the coronavirus pandemic upon us, blocking medical supplies is a direct act of criminality. But it’s not the only criminal action the Trump administration has committed during the pandemic.

On March 12, the United States launched several rockets, hitting five targets in southern Iraq, damaging a civilian airport, and killing three Iraqi soldiers, two policemen, and one civilian worker. For months now, ever since the savage attack in December on a military convoy that killed the leader of Iranian militias in Iraq, Trump has been reinforcing several of his military bases in the country, even as the Iraqi government has demanded a U.S. withdrawal.

The American tycoon continues to allocate resources for imperialist aggression, striking not only the Iraqi people — who have already surpassed 1,300 infected and 70 dead from Covid-19 — but also his own people, already the most affected by the virus, with hundreds of deaths every day and who drastically need all those resources for fighting the pandemic.

The same is happening in Venezuela. In the midst of the coronavirus crisis, Trump turned the screws even further in the economic war being waged against the country, forcing Russian oil company Rosneft to stop trading with the state-owned oil and natural gas company PDVSA. The United States had already confiscated Citgo, its U.S. subsidiary, and then imposed a blockade on trade with PDVSA. Venezuela was trying to circumvent these illegitimate and illegal sanctions through Rosneft as a way to refine its oil and purchase gasoline. But the new measures, which take Rosneft out of the equation, are seriously aggravating Venezuela’s fuel shortage, and are likely to lead to an even greater deterioration of an already critical economic situation right in the middle of the pandemic.

Imperialist aggression in the form of sanctions, blockades, and offensive military attacks should be repudiated. We must demand their immediate lifting and cessation as a matter of life and death for countries such as Cuba, Iran and Venezuela.

First published on April 14 in Spanish in La Izquierda Diario.