Sign up to receive the Zoom link for the event.  Over the past month, all eyes have been on Bessemer, Alabama as 5,800 workers at an Amazon distribution facility cast votes on whether or not to unionize with the Retail, Wholesale and Department Store Union (RWDSU). Inspired by last year’s Black Lives Matter movement, a […] 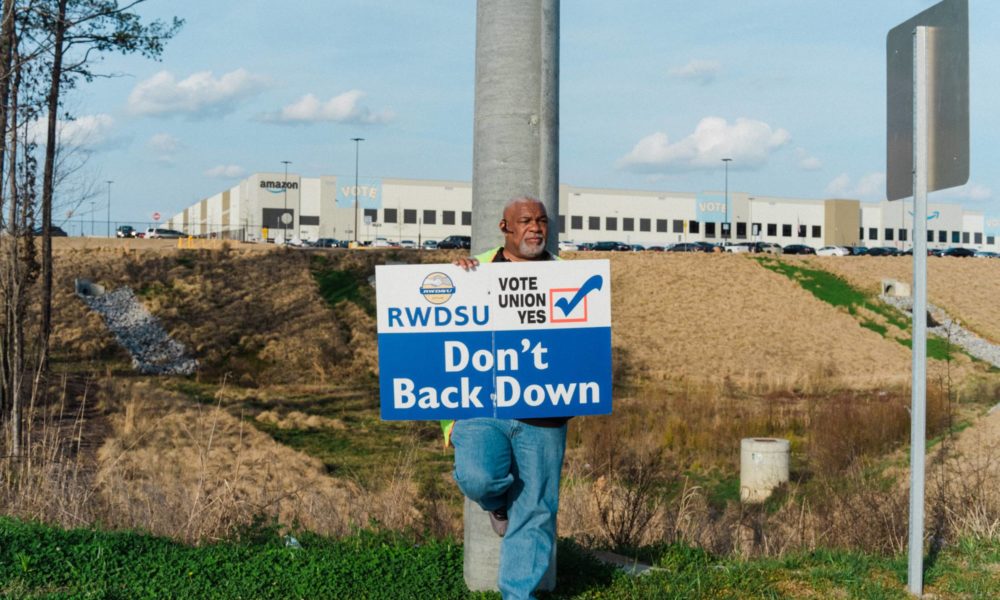 Sign up to receive the Zoom link for the event.

Over the past month, all eyes have been on Bessemer, Alabama as 5,800 workers at an Amazon distribution facility cast votes on whether or not to unionize with the Retail, Wholesale and Department Store Union (RWDSU). Inspired by last year’s Black Lives Matter movement, a predominantly Black workforce in a predominantly Black town in the South took on one of the biggest companies in the world in a unionization drive that could give new life to the labor movement in the United States.

After an epic anti-union campaign by Amazon, the union lost the vote count by a huge margin, dealing the labor movement a major defeat. But the RWDSU is contesting the results, and a wave of other attempts to unionize Amazon may be on the horizon.

Join Bessemer Amazon worker and Black Lives Matter activist Frances Wallace to discuss conclusions from the struggle to unionize. Robin D. G. Kelly, author of Hammer and Hoe: Alabama Communists and the Great Depression, will speak about the context of southern labor, Black struggle, and leftists. The panel will also include Ioan Georgianna, a former hotel worker who was involved in unionizing the Hilton and Sheraton hotels. Julia Wallace will also speak about the struggle to get cops out of our unions and the broader connection between Black struggle and the labor movement.

Sign up to receive the Zoom link for the event, or RSVP on Facebook to view the livestream.

The event will be moderated by Tatiana Cozzarelli (Left Voice editor).

Event will be live on Zoom and Facebook live.