The Rank-and-File Caucus of the Temple Association of University Professionals issued a statement against the Supreme Court’s attack on abortion and for the need for unions to mobilize to protect the right to an abortion in the streets and in our workplaces. 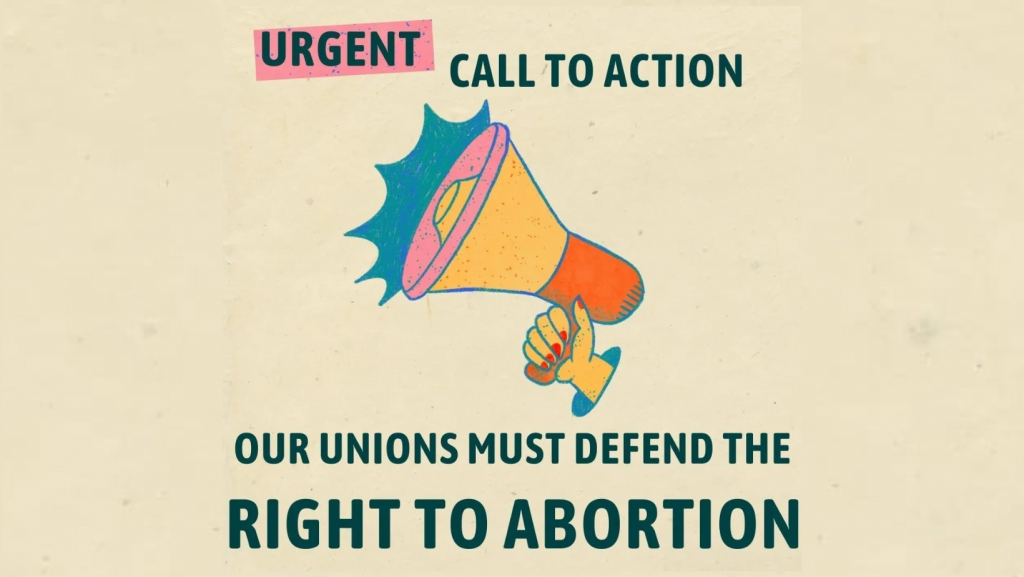 Below is a statement released today from rank-and-file caucus, RAFT (Rank-and-File Temple). RAFT is part of Temple Association of University Professionals (TAUP), a local of AFT that represents about 2,000 teachers, librarians, and other academic workers at Temple University.

The right to an abortion is under a frontal assault from the ruling class’s functionaries — an attack on one of the most important democratic rights we have: the right to bodily autonomy.

Winning the right to an abortion was a key victory for working class and oppressed people. That’s because the ruling rich will always be able to get an abortion. But it’s workers and the oppressed who are under attack when abortion is banned.

Statements are important; still, they’re only a step. From here it’s crucial for all unions to build the power to refuse work for abortion rights — to give teeth to the call: “If we don’t get it, shut it down!”

Last week the unelected, anti-democratic Supreme Court took away a basic human right — a right that feminists have fought for for decades, and won: the right to an abortion. This decision clearly contradicts public opinion.

The right to abortion, and more broadly the right to bodily autonomy, is above all a key right for workers and the oppressed. The ruling rich will always be able to get an abortion. The Supreme Court ruling attacks poor and working people, BIPOC, and the unemployed who will be unable to travel or pay for access to basic reproductive health care or will be disproportionately targeted by law enforcement.

RAFT denounces the Court’s horrific, reactionary decision in no uncertain terms. Abortion is necessary healthcare; it is a key human right, and above all, a right essential to workers and the oppressed. Working class and oppressed people must be able to make decisions about their bodies and their lives. Bodily autonomy is at the heart of labor rights!

We know the Court won’t stop there. Justice Thomas made it clear the Court should reconsider the rights to gay marriage and contraception.

Now is the time to fight. But we already know the battle can’t be won by voting. Democrats had fifty years to enshrine Roe v. Wade into federal law. They refused. Waiting to vote is accepting defeat. The Supreme Court made this clear by gutting the Voting Rights Act before moving down this path.

No one is coming to save us. Only a major show of power from the bottom up — disruption in the streets and in our workplaces — can hope to turn the tide. We need to protect the right to an abortion. The antidemocratic Supreme Court has declared a war on anyone who can bear children.

RAFT demands that our union, TAUP (AFT 4531), AFT, and the AFL-CIO mobilize all of our union siblings to the streets and to struggle in our workplaces. No one ever won a right by playing by the rules. Now is the time for our national union and federation to demand: “Safe, free, universal access to abortions!” And now is the time to win that demand by disruptive action, in the streets and in the workplace!