Incarcerated people and supporters on the outside are staging demonstrations around the country to protest unsanitary conditions and overcrowding that contribute to the spread of COVID-19. They are demanding PPE, cleaning supplies, and the release of vulnerable populations within prisons. It is vital as socialists and those in the labor movement that we support such actions and denounce at every turn the exploitation of imprisoned people. 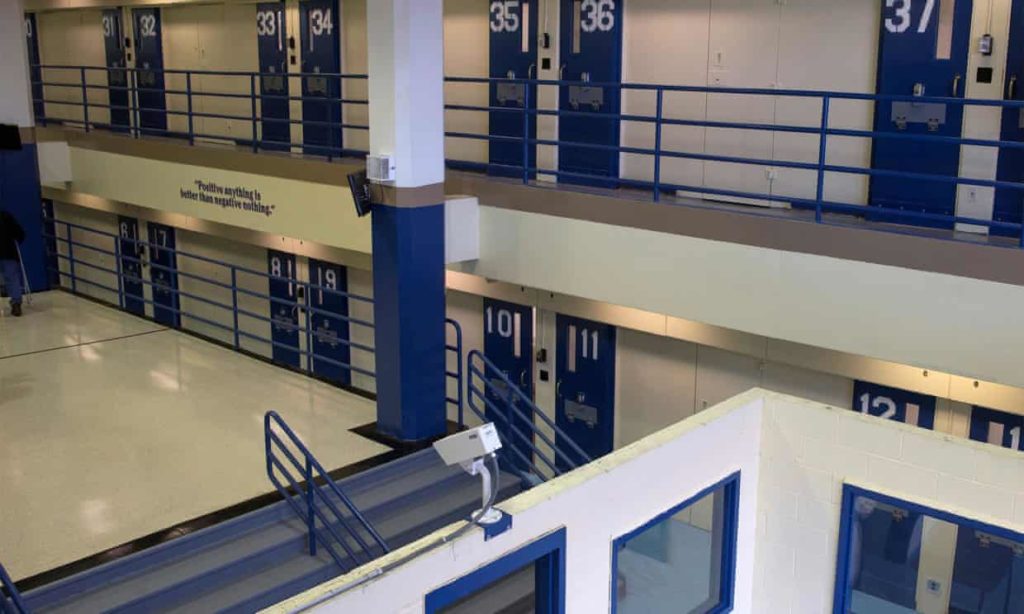 On Wednesday evening, a prison uprising broke out in a Washington State penitentiary. More than 100 prisoners participated in the protest as tensions rose following an announcement by the Washington Department of Corrections that 6 inmates had tested positive for COVID-19. The demonstration was in protest of the conditions at Monroe where inmates sleep feet from each other in crowded dorm-style housing and share many common areas that are not properly cleaned. These are prime conditions for a highly contagious disease like COVID-19 to spread quickly. Protesting this risk to their lives, the prisoners were met with pepper spray and sting balls, which release light, noise, and rubber pellets. Five employees at Monroe Correctional Complex, where the protest took place, have also tested positive for COVID-19, further exacerbating the crisis within the prison.

This action comes in the wake of a slew of prison uprisings around the country in protest against the minimal and negligent responses to coronavirus outbreaks at several prison facilities. Incarcerated people are at high risks of contracting the virus due to overcrowding and poor sanitary conditions in prisons; this is compounded by a lack of access to sanitizer, soap, functioning sinks, or regular showers. Incarcerated people in Kansas and New York City’s Rikers Island, one of the nation’s most notorious and infamous jails, have been staging strikes, sit-ins, and protests to demand access to personal protective equipment and cleaning supplies. Furthermore, immigrants who are held in detention centers have begun staging hunger strikes and protests against similarly poor conditions and overcrowding.

With deaths of incarcerated people already reported in Louisiana and Illinois, prisoners are rightfully terrified and furious over the inhumane conditions within these facilities, conditions that are becoming more and more deadly as the coronavirus continues to wreak havoc across the country. Cook County Jail in Chicago, Illinois is the largest known source of COVID-19 cases in the country.

There has been a strong decarceral movement throughout the country to pressure governments to release populations most vulnerable to contracting the virus. Car caravan protests have taken place in cities such as Chicago, San Francisco, and Newark and a #FreeThemAll movement has sprung up in New York City.

The U.S. prison system is a racist, classist tool that is actively condemning thousands to die during this pandemic. While those who are not incarcerated are told to social distance and quarantine, this is not possible within prisons. Prisons, now more than ever, are death traps for all inmates.