Varoufakis’ Plan B for Europe: A democratic revolution without revolution

The conference ‘For a Plan B for Europe’ culminated in Madrid with the presence of the former Greek finance minister, Yanis Varoufakis, along with much of the European reformist left. What is their plan to ‘democratize’ the EU? 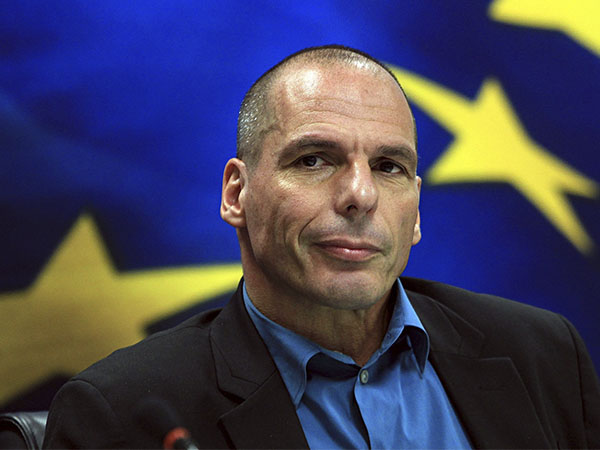 This article was originally published in Spanish in La Izquierda Diario.es

The majority of European reformist left parties participated in last month’s conference, including Die Linke in Germany, Front de Gauche and leaders of the Nouveau Parti Anticapitaliste of France, the Left Bloc in Portugal, Podemos, Izquierda Unida and Barcelona en Común from the Spanish state and Catalonia. The spotlight was without a doubt on Varoufakis, who took the stage with the air of a rock star.

The forum and workshops ended with a great number of allusions to the Spanish revolution, with Varoufakis’ call to transform the EU into a “postmodern 1936”. “We must build new International Brigades to bring democracy back to Europe,” said the former Syriza Finance Minister. The new Spanish government, he added, must tell Brussels “they shall not pass”. This same spirit was echoed by Miguel Urbán, Podemos’ representative in the European Parliament and leader of Anti-Capitalist Left (Izquierda Anticapitalista), who called for “disobeying the European Union”, stating that one can build a “new Europe through civil disobedience.”

However, all these allusions to the Spanish revolution (on the 80th anniversary of the start of the civil war) were nothing more than discursive fireworks to make the “Plan B” project appear more radical, when in reality, it consists of a series of extremely moderate proposals to “recast” the European Union in the current capitalist framework. It couldn’t be further from the spirit of the International Brigades of 1936!

In several interviews with the Spanish media, Varoufakis explained his proposals in more detail: “The first thing the EU needs is transparency and the decisions of the Eurogroup as well as their implementation must be very different. We are not talking about profound changes in treaties or in operations, we are talking about something as simple as transparency in Eurogroup meetings, and I say this because I know from experience. (…) Transparency in Eurogroup meetings would be sufficient, without revising the treaties or [making] more profound changes… ”

Asked by a journalist how it would be possible to achieve the democratization of the European Union , Varoufakis replied, “It’s an interesting question. How about massive popular pressure? Isn’t that how democracy was born? In Europe we must win democracy back because we have lost it. We have it at the local level, in cities and towns, but that is no longer where they make the decisions. Important decisions are made in non-democratic zones in Brussels and Frankfurt. And the only thing left for us is to revisit the history of the struggles of several generations of millions of European democrats who, in the past decades and centuries and through demonstrations, forced democratic responsibility on the powers that be.

Pay close attention here. Varoufakis says that “we have [democracy] at the local level, in cities and towns,” but that “we have lost it” at the European level and we need to get it back. It seems, then, that Plan B comes down to “pressure” to achieve a “democracy” at the European level similar to that of current capitalist states on the continent …degraded democracies that declare a “state of emergency” such as in France, monarchies that endure thanks to the Spanish two-party system, “democracies” where banks and corrupt politicians are the true leaders. What happened to that slogan of the 15M movement that spread through the streets: “they call it democracy but it’s not democracy at all”?

The reference to “popular pressure” with demonstrations of millions of people could confuse some about the intentions of the movement. But, again, the speeches on stage contradict the evidence of reality. In countries where the European reformist parties that support Varoufakis’ “Plan B” operate– and in many cases, hold government office– their actions have been very different. Let’s review a few examples.

In France, not only did the Front de Gauche not “revisit the history of the struggles of several generations of millions of democratic Europeans” to address the “state of emergency” declared by Hollande, but rather voted in favor of it in the National Assembly .

In the case of Podemos, far from organizing mobilizations against austerity, it is trying to form a government with the PSOE (the Spanish Socialist Workers’ Party, or Partido Socialista Obrero Espanol), the social-liberal party that implemented all the structural adjustment measures against Spanish workers. As its number 3 leader, Carolina Bescansa, said, Podemos is a party born to “govern” and not to “protest”.

We could go on giving examples. But we must not forget Varoufakis himself and his experience as finance minister in Greece. In the same interview in ElDiario.es he states that during the months before his resignation, one already saw Tspiras making many concessions to the Troika before there was an agreement. However, throughout this entire period, Varoufakis did not once call for mobilization against these concessions; rather, he shared ultimate responsibility of the government in the negotiations that prepared Tsipras’ final capitulation.

Finally, a few days before arriving in Madrid, Varoufakis said in Berlin that the best example of what he wanted to build with his new Diem2025 movement (Democratic Europe 2025) was the government of Ada Colau in Barcelona . “Ada Colau is an example of that part of politics that did not let itself be devoured by the predator,” he said.
Last week, workers of the Barcelona metro, bus drivers and Movistar employees faced off with the same mayor of Barcelona who positioned herself on the side of the capitalist “predator” against workers. What an example for a new movement.