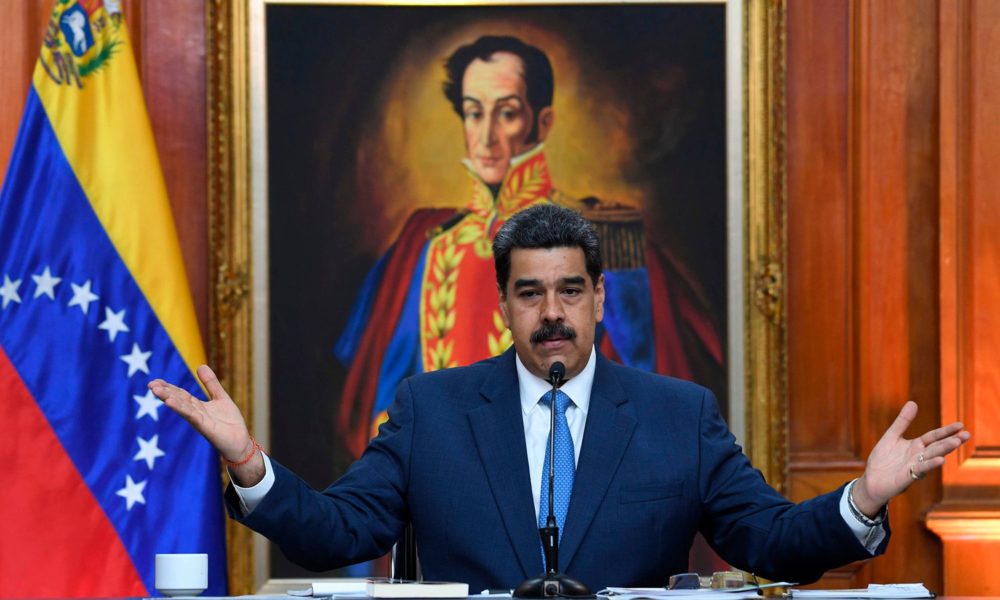 The situation in Venezuela is critical. The United States recently imposed more crippling political sanctions, and many Venezuelans are destitute. Amid these conditions, the National Constituent Assembly has passed the scandalous “anti-blockade” law to protect foreign investments. The law authorizes President Nicolás Maduro’s executive branch to hand over state-owned companies and natural resources to private companies and foreign governments, expressly violating the Constitution of the Bolivarian Republic. The new law has generated opposition even within some government sectors.

The United States, after the failed attempt to impose Juan Guaidó as president, continues to interfere in Venezuela, imposing numerous economic and political sanctions that suffocate the economy and exacerbate the suffering of the Venezuelan people.

The Maduro government’s repressive policies, increasingly implemented by the armed forces, include the persecution and even imprisonment of dozens of union leaders and working-class activists — victimized under the widespread discretion the regime has granted. This is in addition to the extra-judicial executions carried out by the FAES (Special Action Forces) of the Bolivarian National Police, with the excuse of “fighting organized crime.”

The criminalization of union activity, job-related struggles, and, in general, workers’ demands and grievances has intensified in recent months, with an increase in cases of workers being prosecuted or simply imprisoned. In some cases, they have come under attack in their homes by the agents of repression. These latest instances add to a deplorable list of cases such as that of trade union leader Rodney Álvarez, who has been imprisoned for nine years.

Just as pardons were being negotiated for right-wing opposition politicians, the FAES arrested six peasants in the community of La Virgen, in the northern state of Yaracuy. Their relatives claimed that the judge, with no hearing and without even entertaining the allegations, had already ruled in accord with the Public Ministry to sentence them to five years in prison. The relatives said this was done for the Ebenezer poultry production company in Yaracuy.

Many political forces that have criticized the Maduro government from the Left have also been harassed — including some that had even supported the government until recently.

The aim of this repression is to curtail the spread of working people’s demands against the government’s austerity measures. The deep social crisis in all Venezuelan sectors is not only the result of the imperialist sanctions, but also of the government’s own policies. Maduro has continued to pay the foreign debt and moved forward with handing over oil and other natural resources to private companies and foreign governments. At the same time, with the stroke of his pen he has implemented brutal anti-worker economic adjustments, eliminating collective bargaining, authorized massive layoffs, and given free rein to private capital to violate labor rights. He has also cut social benefits while promoting measures to liberalize the economy — measures that will accelerate under the new “anti-blockade” law.

U.S. imperialism uses the Maduro government’s repression to justify its policies of interference and to assume the pretense of the moral high ground over the repressive right-wing governments of the region, such as those of Piñera in Chile, Añez in Bolivia, and Duque in Colombia, where some 1,200 political and social leaders have been assassinated since the signing of the Peace Accords. That was the logic of the resolution approved by the United Nations Human Rights Council (UNHRC) earlier this month that condemned the Venezuelan government’s repression and extended by two years a fact-finding mission to investigate human rights violations in the country. The government of Argentina’s President Alberto Fernandez, along with the governments in the region that are friendly with President Trump, all voted in favor.

This situation poses two positions we must reject. On the one hand, there are those who contend that the Venezuelan government must be confronted by right-wing and pro-imperialist forces because of the regime’s quasi-dictatorial and repressive character. There are even those who, from this perspective, maintain that it was correct to vote in favor of the UNHRC resolution, equating the situation in Venezuela with the denunciations of the 1976-1983 Argentine military dictatorship to the Inter-American Commission on Human Rights of the Organization of American States (OAS). This view neglects the obvious difference in magnitude between the two situations: the Venezuelan government is repressive, but not carrying out genocide. It also neglects that back then there were no imperialist sanctions against Argentina or pro-Yankee coup attempts, as there are in Venezuela.

The other position we face is the one of those who refuse to confront the Maduro government’s policies of repression and austerity, and its continual violations of basic democratic freedoms, only because the Venezuelan regime is being subjected to imperialist aggression. This is the position adopted by sectors of Kirchnerism, which opposed Argentina’s UNHRC vote.

Our comrades of the LTS in Venezuela (who are, together with the PTS, part of the Trotskyist Fraction-Fourth International and the La Izquierda Diario International Network) have always maintained a position independent of Chavismo and denounced Maduro’s repression and austerity, while at the same time being on the front lines of confronting the imperialist and right-wing offensive against the working people of Venezuela.

The PTS has proposed to the parties of the Left Unity Front to begin a continuing campaign that will simultaneously raise the struggle against the imperialist sanctions and the fight for the freedom of the prisoners. Both demands are part of the program approved at the Virtual Conference of Latin America and the United States that took place July 30-August 1 and in which 50 organizations from across the continent participated.

We see this as an urgent task, one that can promote the emergence of a Left opposition to the Maduro government. Such an opposition can prevent the disastrous effects of the combination of Maduro’s policies and imperialist aggression, which promise either a right-wing outcome or the continuation of a sellout regime that, beyond its rhetoric, is increasingly anti-worker and against the poor.